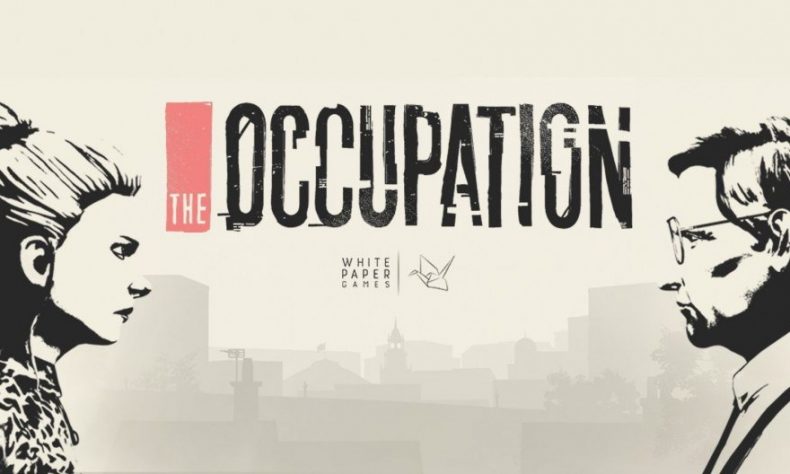 White Paper Games’ Ether One introduced a concoction of good ideas that tripped over thanks to some technical hurdles, and never hit the emotional heights of other similar titles like Everybody’s Gone to the Rapture. But it featured promise, and whatever they had in store to follow was always going to pique my interest. The Occupation has been in development for some time, and when we interviewed Game Designer Pete Bottomley back in March 2017, its core concept sounded like something seldom approached before.

The story takes place in the North West of England in 1987, shortly after a huge explosion caused the loss of 23 lives and forced the government to initiate the controversial ‘Union Act’. As reputable journalist Harvey Miller, you must uncover what happened that night by any means necessary. Countless times throughout, I was impressed by how the twists and turns unfolded, learning new information about supposedly trusted individuals, and uncovering damaging truths about the potential future of a country in danger of imploding. What The Occupation does well is in how much freedom it gives you, and the of options at your disposal to acquire important information. Everything takes place in real time, and the pressure to search through locked offices and areas that are off limit to the public before you must attend an important meeting or other time-sensitive events heats up with every minute that passes by. You can plan your approach thoroughly at the risk of wasting precious seconds, or rush in and find clues hoping that security isn’t far behind. Uncovering the truth comes in many forms, such as locked safes, files on encrypted computers, flippant comments on a seemingly random memo, or floppy disks hidden in various locations.

Cassettes can be found that offer clues to your next step, which can be priceless when time is ticking, and if your pager goes off telling you to get to the nearest phone, your assistant Mina will be on the line to fill you in on the latest developments. There’re many factors against you, making it increasingly trickier to find the evidence you need, and that’s where your patience plays a part. Steve the security guard will be friendly to you when you’re wandering the building, but if he sees you in a restricted area, he’ll alert his boss, and it’s all over. If you’re found whilst sneaking about, you don’t always get another chance to keep searching, and it could mean a great deal when The Occupation reaches its conclusion. Alarms can be tripped by opening office doors, alerting him to your whereabouts as well, and if you use the wrong ID card in certain panels, he’ll come looking for you. In all the documentation you find, there might be an alarm code to turn the panels off, and there’re also fuse boxes you can use to conceal your whereabouts, so it pays to read all the information you get. By pressing the touchpad, you’ll open your dossier, and it includes anything of relevance you’ve found. Codes, confessions, gossip – you name it, it’ll be in there. It can be very useful if you get stumped on where to go or what to do next, and by looking in there you’ll seldom struggle with what you’ve got to do.

Almost everything is interactive, from rubbish bins, coffee cups, drawers, chairs, and picture frames, and the intricate nature of these items is impressive. Play with a tape recorder and you can insert the tape, rewind or press play, and a computer terminal will require you to open the glass casing, insert a floppy disk or cartridge, and enter a password. You can even turn the blinds or tune in a radio, which makes The Occupation immersive, as well as a rather impressive political thriller. Unfortunately, my enjoyment of The Occupation became stunted on many different occasions, and it hurt my appreciation for a game that has such potential. Within the first 20 minutes of the game, I had the security guard walk through a wall in Alex Dubois’ office, but even when he saw me, he failed to notice me, and I got away. I also had to restart two different sections twice due to the next part of the game not triggering, and one of which was in the final scene of the game. I also had the audio cut out in the same scene and the subtitles disappear, so I had no idea what was being said. It’s such a shame because I’d enjoyed it a lot and having the end somewhat spoiled took away much of the impact of the decisions I’d made throughout.

Still, The Occupation is a solid attempt at something new. The voice acting is excellent, especially the character of Scarlet Carson, and the way in which you must uncover information leads to different outcomes depending on what your approach is. Its story is about civil unrest with everyday citizens taking issue with how the government is running the country, and even though it’s set in the late 80s, there’s some similarities with the world we live in now.

The Occupation is an inventive political thriller that does something new, but is let down by poor AI and some frustrating bugs.