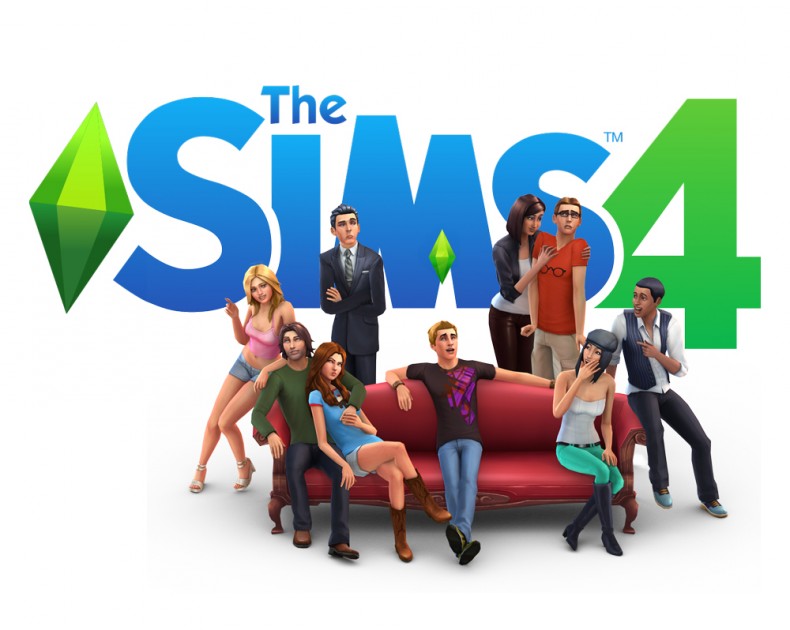 Editors note: We didn’t review The Sims 4 when it was originally released for PC back in September 2014. With the release on the Mac, we decided to rectify our error. This review is based on the Mac version, as well as time spent on PC.

Confession: I love The Sims – have done ever since they burst onto the scene as nothing but unrealistic polygons of humanity back in 2000. I’m that guy who stayed up until 4am every school night making sure my Sims were getting promoted, walking their dogs, having kids… and I blissfully forked out £25 every time a new expansion pack was released.

Having previously played the PC version of The Sims 4, I wiped my mind of all prior impressions to take a fresh look at the Mac incarnation. After playing for around fifteen hours, I wish I could take some of that precious time back and do something more useful with it: like sleeping, or playing The Sims 3.

My hope for The Sims 4 was that it would take me back to my fifteen-year-old Sims-obsessed self with a sense of nostalgia, while improving on the mechanics of a series that I have followed and loved for so long. This hope has been broken into a million pieces. Which not to say The Sims 4 fails on every level; it just appears to be seeking a newer and wider audience. The Sims 4 is tailored to new players, not long-standing fans of the series. Gone are the days of an open-world map where Sims could travel freely from their home into town centres, being instead replaced with a Sims 2 like style of travel. Long loading screens make a not-so-welcome comeback – a step backwards instead of further developing the open-world aspect that made The Sims 3 feel so modern and powerful. Players of previous titles in the series will almost instantly pick up on the more sterile and somewhat muted atmosphere, especially when building and decorating. The much-loved design features of the Sims 3, which allowed you to customise furniture any way you wanted, have been stripped away and we’re left with only a few choices of colour schemes hand-picked by EA, not our own imaginations. Gone are the houndstooth toilets, tartan curtains and leopard print bed-sheets. You’re stuck with 50 shades of greyish-blue and you better like it.

Players of previous titles will also notice a lack of general content and selection. Perhaps it’s just the absence of numerous expansion packs that has the game feeling a bit empty. Even in the first days of The Sims 3, it felt a lot more complete and brimming with content. Game mechanics which gave the feel of a real-life simulator like weather, seasons (both previously introduced in expansions) and the toddler life stage have also been omitted, giving players the unnatural age transition from babies in cribs to walking, talking, tantrum-throwing children in the blink of an eye. Even family trees have been removed. Forgot who fathered your tribe of Sims, eight generations ago? Better log onto GenesReunited to track your ancestors, because The Sims 4 certainly won’t do it for you.

Weather became a key part of previous games and many players hoped to see these features introduced at a base game level. Although no-one necessarily likes rain, it eventually gets boring living in a neighbourhood of eternal sunshine (sorry Californians). Also, I feel like I’m beating a dead horse when discussing toddlers, but the life stage added a dimension of realism and was a valuable bonding period between parents and child Sims. Now my children grow up hating me ten years earlier than they usually would when I ground them for sneaking out after their curfew. Also, the number of careers is dramatically lower than you’d hope. Core career paths such as the medical and law enforcement professions have been stripped away in favour of zanier choices like Tech Guru and Secret Agent. Sims must perform a “daily task” related to their chosen career, go to work in a “preferred mood” (inspired for writers, focused for scientists) as well as garnering relevant skills all to boost their job performance. Yikes, and you thought your life was bad.

Wants and lifetime wishes have been replaced with Whims and aspiration levels. The “Whims” that your Sims can get (one being mood-related, the other two just general) are uninspiring and there doesn’t seem to be any real motive behind fulfilling them considering how terribly mediocre all the aspiration rewards are. A new feature about aspirations is that they can be changed at any time, so your Sim could have the lifetime wish to be an artist one day but dream about being a green-fingered goddess the next. The majority of these aspirations are easy enough to complete but aren’t fulfilling, leaving the entire system feeling like a lazy last-minute addition.

However, despite the obvious omissions, there have been a few improvements to one of the game’s most important mechanics. Build Mode has come a long way (despite no design mode) with draggable walls and a simple room repositioning tool allowing you to build your dream house with a little less stress. The inclusion of a grid that allows objects to be placed virtually anywhere removes the OCD-inducing error of previous games where sofas, televisions and plethora of other furnishings had to be misaligned due to the restrictive floor grid. Alongside these improvements, an effective (if not slightly buggy) multi-tasking mechanic has finally been implemented so that your Sim can spend an hour on the pan and read a book at the same time. Groundbreaking. Replacing the moodlet system of The Sims 3 are “emotions”, states of mood based on your Sims traits, certain tasks they do and situations they get themselves involved in. It sounds like an interesting idea on paper, and some of the emotions are certainly entertaining to play around with with varying amounts of success. Being inspired leads to better results and faster skill-building in areas such as writing, cooking, and music. Being energised gets your Sims pumped for exercise, and being Flirty helps your Sim make a connection with that special someone. It was difficult at first to stabilise my Sims’ mood as well as getting them into a preferable mood state to help them in their career. Eventually, it clicked that taking “thoughtful showers” gets them inspired, and making them view certain types of art (some of which emit an aura that boost a certain type of mood) can get them in the mood you’re looking for all day long. It all felt a bit too easily conquerable and becomes almost routine, feeling generally underwhelming despite it being labelled as a major innovation in the franchise.

Create-a-Sim (although a bit disjointed in terms of navigation) looks great and is more powerful than ever, with the ability to customise your Sims’ every detail by simply clicking and dragging. The level of customisation here is one of the strongest points of the game, and makes it possible to build anyone that your imagination comes up with. However, it seems that The Sims 4 doesn’t strive for realism as it has done in previous titles. The worlds and characters have become a lot more smoothed and sanded down, but it still gives the impression of a beautifully designed game that runs with its own style. Elsewhere, the visuals are fluid and the outdoor areas are beautifully designed, although performance on Mac is slightly jittery despite running it on the most recent Macbook Pro, perhaps being made to perform better on an iMac.

The Sims 4 is going to feel like a shell of previous titles to recurring fans, but to new players of the series, it’s a great place to kick off your Sims adventure. The lack of content, the muted design schemes and the omission of several key features that made the series so monumentally successful in the past detract from this instalment’s overall impact. However, players who have never approached the series before will enjoy the simple UI, user-friendly build mode and diverse Create-A-Sim as tools to help them create unique Sims and sleek sprawling abodes. Perhaps with a few more game packs and expansions, it will feel a bit more substantial, but for a base game, I can’t help but feel like it has missed the mark and left fans out in the cold with lacklustre innovations, uninspiring gameplay and omissions at every turn.

The Sims 4 brings in some powerful creation tools and a user-friendly UI to appeal to a wider audience, but leaves returning fans out in the cold.