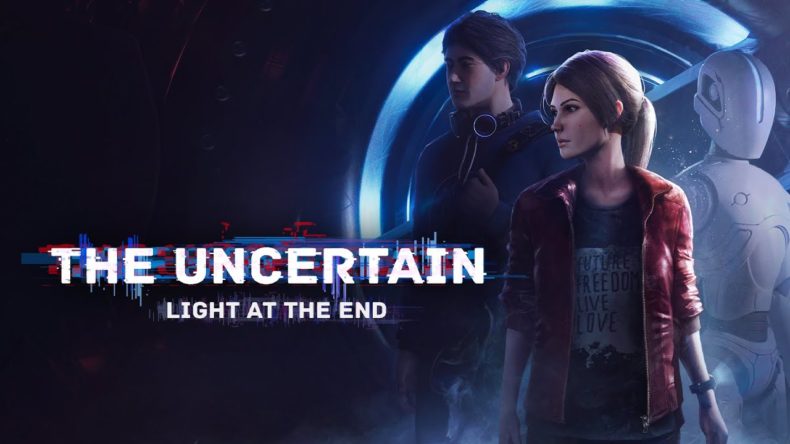 I went into The Uncertain: Light at the End with an open mind. I knew it was a budget title, made by a small studio, and I knew it was part of a trilogy which I’d never heard of, so I’d have to accept that maybe some of the story wouldn’t make absolute sense to me. And yet even with relatively low expectations I was a little disappointed with how it turned out.

The right to create isn’t something that should be curtailed by a lack of funds or even experience. The act of creating anything is an achievement in itself and it should be celebrated, but there’s a lot to be said for tempering ambition to suit capability, and it might be this imbalance that creates The Uncertain’s biggest issues. 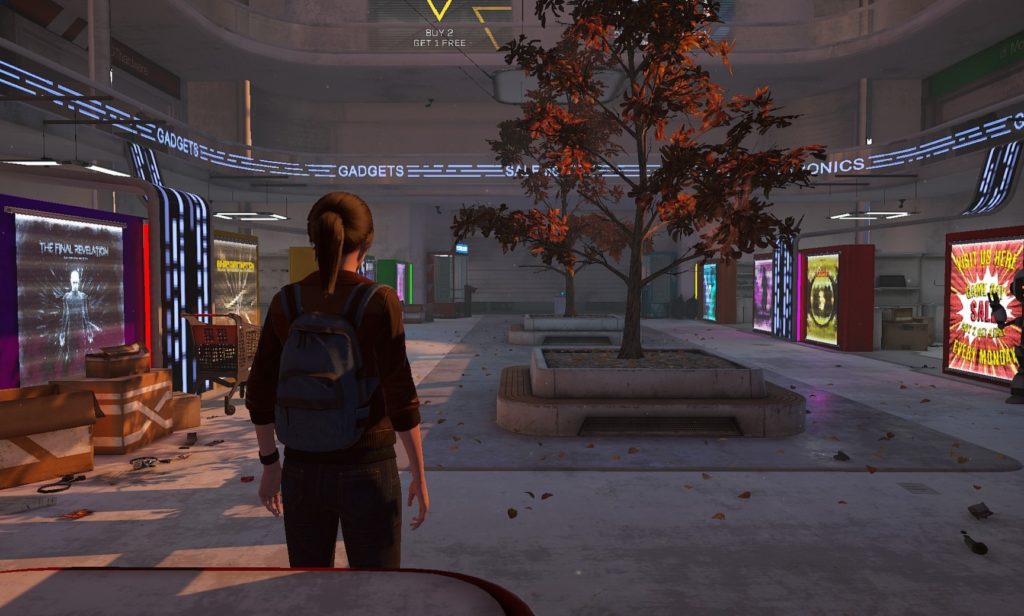 It’s an adventure game at its heart, featuring stealth elements instead of combat and a gameplay loop most like a point and click. You play as Emily who, along with her friend Park, must survive a post apocalyptic city where robots have taken over and whisked away most of the population. Those who remain must scavenge supplies and stay out of sight to stay alive, which is the conceit from which the game derives all of its tension.

As the story begins, Emily and Park are raiding a pharmacy for medical supplies. It’s immediately tedious, with you having to search all the shelves to find useful items such as an inhaler or painkillers. Weirdly, the shelves are all full of bottles which I can only assume are empty as the main characters ignore them. There’s a collapsed shelf that must be moved to reach children’s medicine, but you can’t do it without making noise so you set about looking for a lever to lift it which, I’m pretty sure, wouldn’t be that much quieter. Also, the windows are wide open, and robots stroll past like they’re on their way to shop for groceries and never look in or spot you. 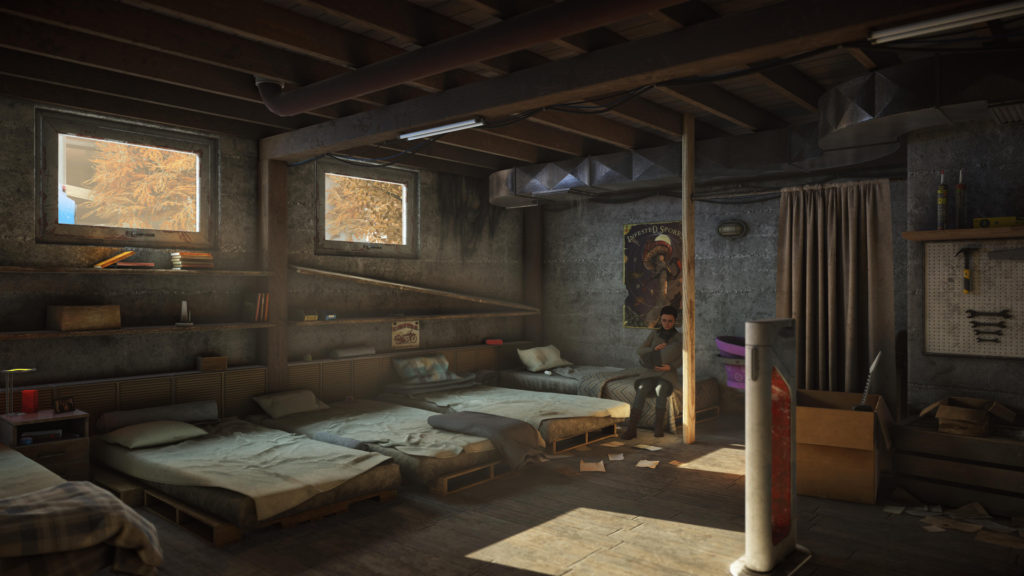 There’s a weird disconnect between what The Uncertain tells you about the world and what you can actually see. It tells you that the robots have built a new civilisation in the year since they took everyone away, but the city appears deserted, and the only robots you see in the first hour or so are just wandering around, not searching or even being menacing. There’s a severe lack of tension, menace or excitement. Also, Emily simply refuses to go into some of the rooms. The toilet of the pharmacy, for example, is unlocked, but when you try to enter she says “this is not the time”, which is really weird because you’re supposed to be searching the whole place for keycards, PC components, batteries, etc. It seems frustratingly restrictive that you can’t just go in and search it when the door is unlocked anyway.

It’s not helped by the fact that it’s graphically equivalent to a ten year old console game. It’s not ugly, exactly, but the visuals and character animation are severely lacking. The characters move slowly, their eyes stare lifelessly, and the overall blandness of the environments fails to raise feelings of, well, anything. Later on there are moments where you’ll need to avoid cameras, patrols and sensors, but they’re small moments in a mercifully short campaign. 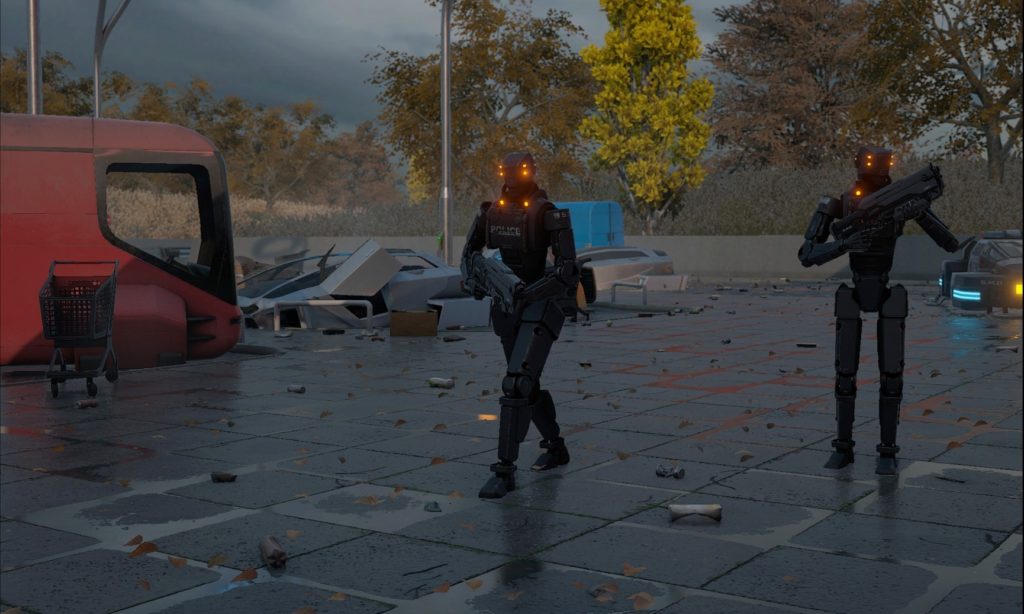 You also can’t move when Emily is listening to drawn-out journal entries, and there are things you can interact with and look at like toothbrushes and toys that don’t even trigger dialogue. They just exist,and are so incredibly mundane I can’t work out why you can examine them at all.

The Uncertain: Light at the End isn’t a particularly bad game. The story itself is decent, the characters are likeable enough even if the writing is dreary and uninspired, but it commits the cardinal sin of being incredibly boring. A lack of combat is fine if the stealth feels tense, and lower-quality graphics are fine if there’s an atmosphere regardless – just look at pixelart games for proof of that. But The Uncertain doesn’t suffer because of these elements, but rather because the game underneath them has almost nothing to capture your imagination or attention.

The Uncertain: Light at the End isn't a bad game, but so much of it feels uninspired and done before that it fails to thrill or excite.

Time Loader is coming to console next year