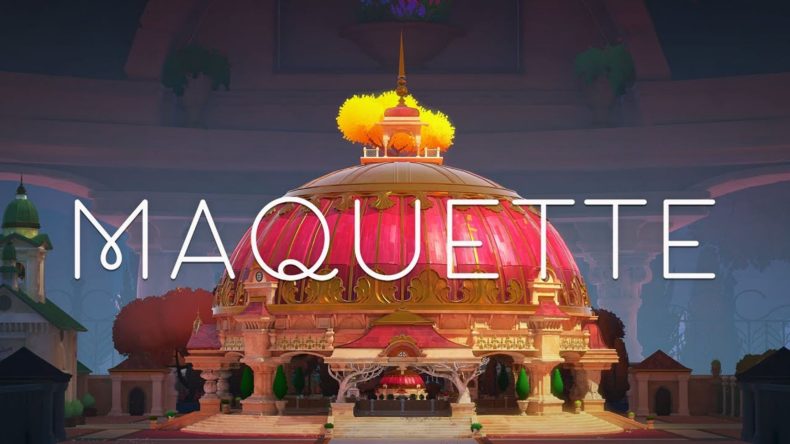 Annapurna is no stranger to finding niche developers who develop poignant stories and delightful visuals. From Florence to What Remains of Edith Finch, it’s games cover a lot of beauty, both in their narrative and art style. Maquette is no different. As a love story unravels between a couple voiced by the always delightful Bryce Dallas Howard and her real-life husband Seth Gabel, you move between their memories of the time they fell in love, their first kiss, and the house they turned into a home. In the centre of this ethereal setting lies a maquette – a sculpture of the couples memories and sketches – and it is readily available for you to move objects around it in the hopes of unlocking the next piece of the puzzle.

Within the maquette are fairgrounds, beaches, and other important places from the couple’s history, and in order to progress through the story, you must locate items that can be manipulated to solve the next enigma. If you’ve played A Fisherman’s Tale, you’ll be familiar with the mechanics of Maquette. When you walk around the environments that surround the maquette, you’ll find items that can be made bigger or smaller depending on where you place them. For example, there’s a house where you’re supposed to meet up at, but the route there is missing a bridge. By picking up a small key in the environment you can walk around in, it can be placed in the maquette. This can be repeated a couple of times to make the actual key much bigger, allowing you to place a makeshift bridge out of a key to get you to the house party. 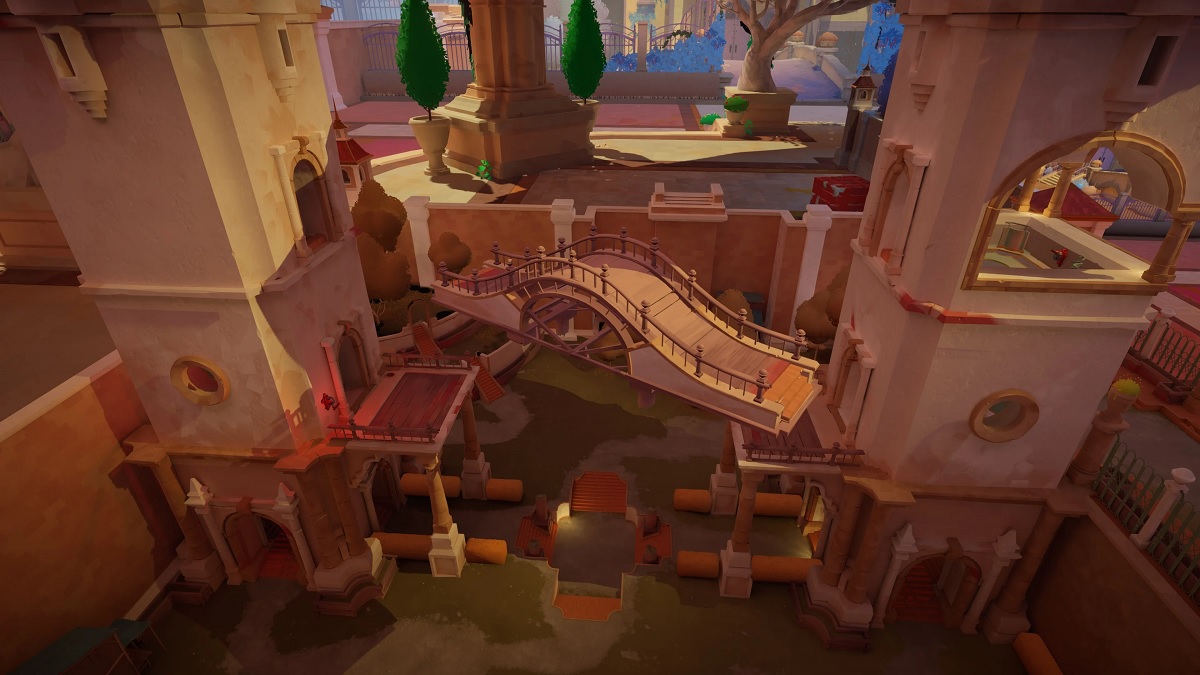 You’re never left scratching your head for too long, but that doesn’t mean some of the puzzles are too easy. I struggled to get my head around the size manipulation mechanic, even though the answers were obvious at times. That’s more down to me, and for many this will offer plenty of brainteasers that offer pleasant conclusions the moment you find that all important solution. There’re a steady drip feed of puzzles throughout, and you’re never left too long between them. Had the game been longer, it would have lost its hold on me due to the constant stream of puzzles and less of an emphasis of interacting and exploring its beautiful world.

Maquette is made up of many size manipulation puzzles that see you walking back and forth between the sculpture and the environment to get you to unreachable areas, unlock a door, and more. For a world so full of colour and elegance, the only things you can interact with are the few objects themselves. For example, when you’re walking around the first house they owned as a couple, or a fairground, there’s nothing to do other than admire the artistry on offer. It’s by no means a deal breaker, but it would’ve been nice to ride the Ferris wheel or look at some of their possessions to gain more of an insight into their story. 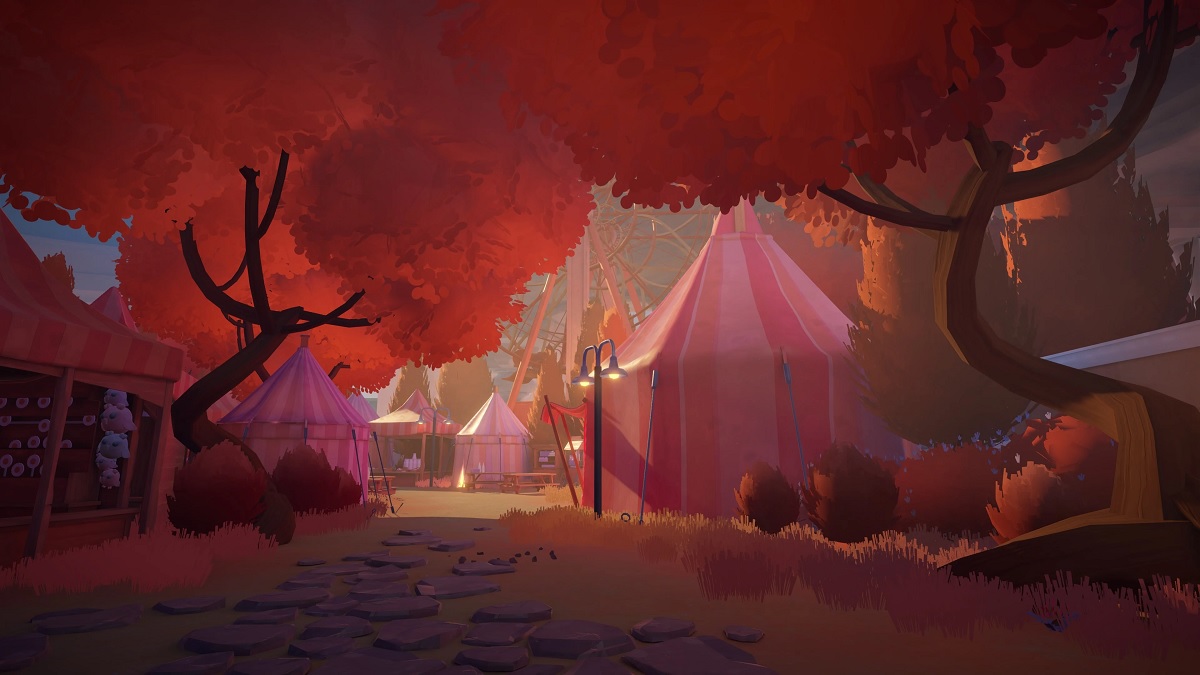 As far as the couple’s history goes, it’s not filled with intrigue or excitement, rather a pleasant look at two people finding love. It doesn’t do anything extraordinary, but it doesn’t need to. I enjoyed finding out all about them, but I think that’s mainly down to how much I love Bryce Dallas Howard. She’s a captivating actor, and even though you never see her, her voice alone conveys the innocence and excitement of a new and blossoming relationship. It perfectly juxtaposes the enchanting world you find yourself in, offering a few hours to escape the browns and greys of ever day life in favour of something a little more wondrous.

The stunning world Graceful Decay has built in Maquette is perpetually gorgeous and dream-like throughout its short time, never failing to blind you with its beauty. It’s a puzzler that pushes you to think outside the box, but no matter what difficulties you might encounter when trying to solve Maquette’s labyrinthine maze, you’re always taken aback by how stunning the colours and the surreal architecture blend to create such a succinct paradise. It’s ideas are executed relatively well throughout, and although there are limits to its interactivity, Maquette is a perfect example of how puzzlers are still relevant as we move into the next generation of gaming. Whilst moving objects around can at times be awkward due to them getting stuck inside the maquette, it never stopped me from enjoying what the game had to offer.

Seldom interactivity with the world
Moving items around can be frustrating

The stunning world Graceful Decay has built in Maquette is perpetually gorgeous and dream-like throughout its short time, never failing to blind you with its beauty. The puzzles utilise size manipulation to provide you with a satisfying mix of challenges, too.