This is the Zodiac Speaking Review 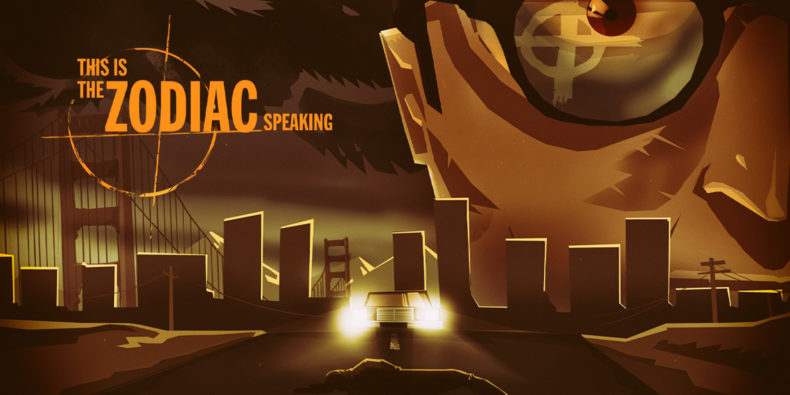 Taking on the subject matter of serial killers is never an easy task, especially when it comes to real-life ones. Perhaps one of the most difficult must be the Zodiac Killer, who killed several people during the late sixties and early seventies, and boasted of killing many more than the ones found. He was never caught, to the point that the case is still ongoing to this day. The interesting thing about the Zodiac is that he sent ciphers and puzzles to newspapers, sometimes talking about a murder he committed, sometimes threatening that further deaths would follow. He openly mocked the police. He made phone calls too, in which he used the opening line, “This is the Zodiac speaking.”

Developer Punch Punk Games decided to use that phrase as the title for its new game This is the Zodiac Speaking, based on events from the Zodiac Killer’s era. Playing as reporter Robert Hartnell, you survive an encounter with the hooded killer himself, drawing the player into the case and its terrible mysteries. 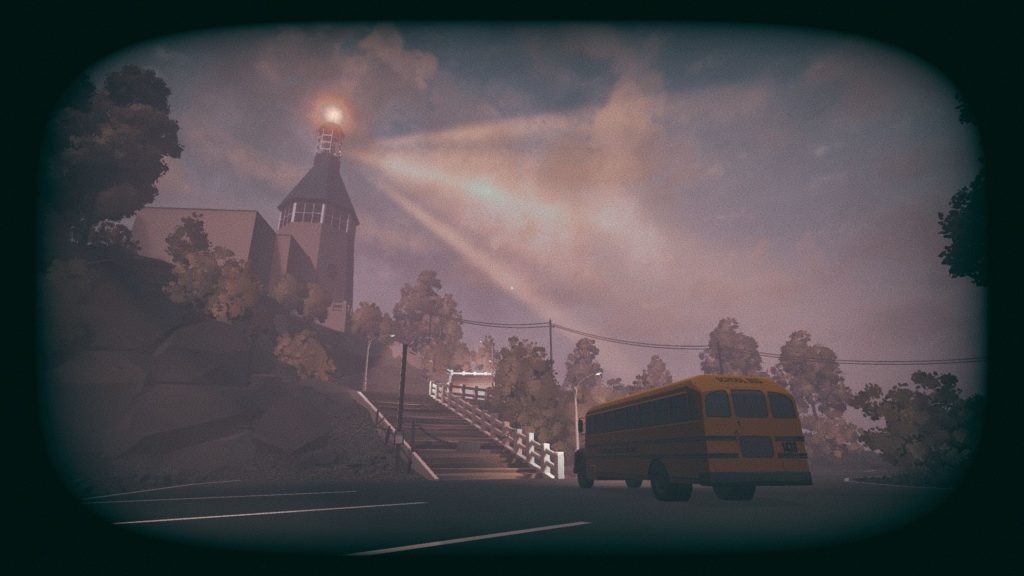 I won’t lie, the game never lives up to its premise. This is partly because it feels like a game that cannot decide what it wants to be, resulting in a bit of a confusing mess. This is the Zodiac Speaking is first-person, stealth horror game with investigative puzzles to solve. It’s also based mostly inside the dreams of leading man Robert, as he undergoes some rather questionable therapy.

The game does have an interesting art style, which somehow lends itself to the 1970s setting. Its almost low-poly look creates a stark contrast between light and dark, which is especially noticeable when you begin finding clues during each investigation. Ghostly images of the Zodiac and his victims appear as you unpack each story within Robert’s dreams.

This is where multiple cracks form. Robert’s therapist uses “live dreaming” therapy to help Robert through the trauma of having survived an encounter with the Zodiac Killer, which sees the doctor sending mannequins to Robert’s home, for him to perform rituals that will help with the dream therapy. This is a real red flag, for me. If a therapist I was seeing asked me to recreate murder victims in my loft (that’s the attic, for our US readers), I’d be straight on the phone to the police. After completing dream sequences, Robert then has to complete each ritual by choosing whether to recreate the murder or somehow “help” the victim. I genuinely didn’t understand the reasoning for anything in this side of the story. 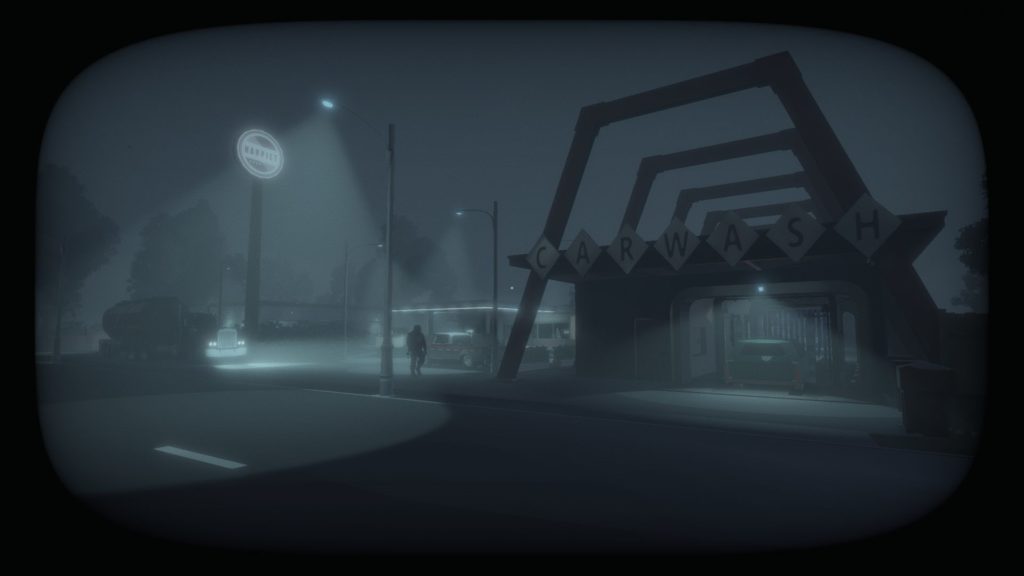 As for the Zodiac, he stalks Robert’s dreams as you visit some of the serial killer’s crime scenes. This is where you try to piece together the events of each murder, working out the chronology of certain moments, all the while avoiding the looming presence of the killer. This involves a lot of creeping and crouching, all while trying to discover the clues and items you need to proceed. The stealth isn’t great, unfortunately, leading to moments where you are discovered as you’re trying to investigate a certain piece of evidence. It feels entirely unnecessary, and it’s never scary, just an irritation. Thankfully, the game offers a “no danger” mode, which removes the threat altogether, essentially turning the game into an exploratory puzzle game, allowing you to simply focus on gathering clues and progressing the story.

The story is another crack in This is the Zodiac Speaking, truth be told. There is no real explanation as to why Robert is spared during his encounter with the murderer, and there is no particular reason for even including the real-life killer and his crime scenes. It could easily have been a completely fictional story that didn’t invoke the memory of many unsolved murders from a real-life serial killer. It’s made worse by the frankly awful voice acting, which is honestly worse than early PS One games, and completely removes any sense of immersion in what should be a very serious story. 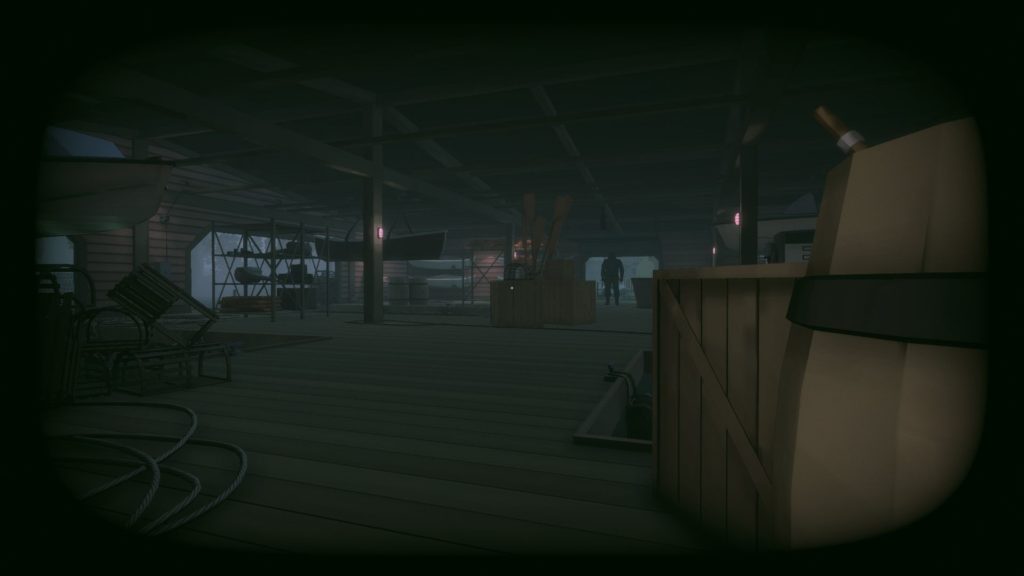 There is no doubt that Punch Punk Games tried to be as true to the crime scenes as possible, however. Known evidence is used for each of the real scenes, leaving you to discover them before putting together the timeline for events. Things did get repetitive as I progressed through this relatively short game (it comes in at somewhere between three and five hours, depending on how you play), as although the scenes change, the gameplay remains exactly the same. You stumble around each area, with little-to-no direction, trying to avoid the Zodiac while discovering four pieces of evidence, before lining up the timeline to complete the level. Between these levels, you stumble around Robert’s house and inexplicably build those mannequins of murder victims, while finding objects randomly strewn about his home, before driving to the therapist’s in order to start the next scene.

It’s during these brief therapy sessions (plus the final choices you make with each mannequin) that the game offers the chance to change events in order to unlock different endings. However, some choices make no sense and again, the game falls down.

There is no doubt that This is the Zodiac Speaking has some interesting ideas, but there is no real reason to have included the real-life killer. There is no tangible link between the game and the real cases, leading me to think that it would have been a better game if Punch Punk Games had chosen to make an entirely fictional story based on an entirely fictional murderer. It isn’t a bad game by any stretch of the imagination, but other than a nice art style, it just doesn’t offer anything to make it worthy of your time.

Nice art style
“No danger” mode is a godsend

This is the Zodiac Speaking has interesting ideas, but is ultimately a dull slog through a poorly-told story.