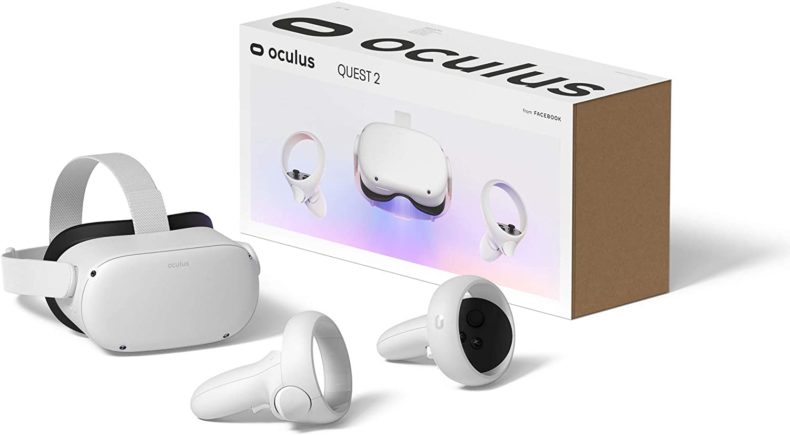 The Oculus Quest 2 is absolute magic. As someone who has tried just about all the VR there is to try, it may not be the most expensive, or even the most comfortable (that’s PSVR), but as an all-round device, I think I have a new favourite. The crazy thing is that, as £299 for the 64GB storage model, it’s actually affordable, easy enough to set up that your Nan could get involved, and has a good enough library of games that I’m finally able to say this: if you’re interested in VR and have been tempted for a while, the Oculus Quest 2 is where you should jump in.

There have been improvements across the board for the Oculus Quest 2 on its predecessor. The visual fidelity has been upgraded from a 1440×1600 resolution with a 60/72Hz refresh rate to a per eye 1832×1920 which is nearly 4K when combined, and a 72/90Hz refresh rate, and if you’re new to VR then know that a higher frame rate means you’re less likely to get motion sick. But more than that, the original model used a PenTile OLED display which means there are gaps as pixels don’t actually fit together in a grid entirely perfectly. The RGB Stripe on the Quest 2 is a quality boost all by itself as we can’t see the spaces between the pixels, making for an overall clearer picture before you even get into the fact it’s also a higher resolution.

In real terms, the Oculus Quest 2 looks fantastic. It’s not quite on par with the Valve Index, but it’s also £700 cheaper than that, and it’s also completely wire-free unless you want to explore Oculus Link, which we’ll get to in a bit. It’s incredibly comfortable with the same incredible Oculus Touch controllers we’ve come to know and love, and they still have thumb and index finger tracking, and in truth aren’t quite as revolutionary as the Index controllers, but again, the price is friendlier and it’s PC free. Something I was so pleased to see is that Oculus has decided to include a Glasses Spacer for those of us without 20/20 vision. A simple plastic spacer, it just slots between the HMD and the face covering and gives a slight separation you need to make for higher levels of comfort, which does mean you have to adjust it quite a bit to stop there being a visible gap to the outside world at the bottom. Silly as it seems, this touch feels like pure class: rather than selling it separately, it’s included so anyone can play out of the gate.

And that’s the thing, to get started right away takes minutes. Unbox it, put the headset on, grab the controllers and you’re halfway done. Connect to your WiFi to get online and then log-in to your Facebook account (this is required, and if that’s a deal-breaker, then it is what it is!) and link to the app on your phone, then all you have to do is draw your boundary, or tell the Quest 2 you are stationary, and you can then download all manner of demos, games, or apps, and get into VR. One thing of note with the boundary, however, is that due to the Quest 2 being wire-free, a change of location means a change of boundary. It’s simple to do, and I found the quickest thing to do was just tell it I’m stationary in my new location, but your mileage may vary there, and honestly, it’s a small price to pay for freedom from wires. 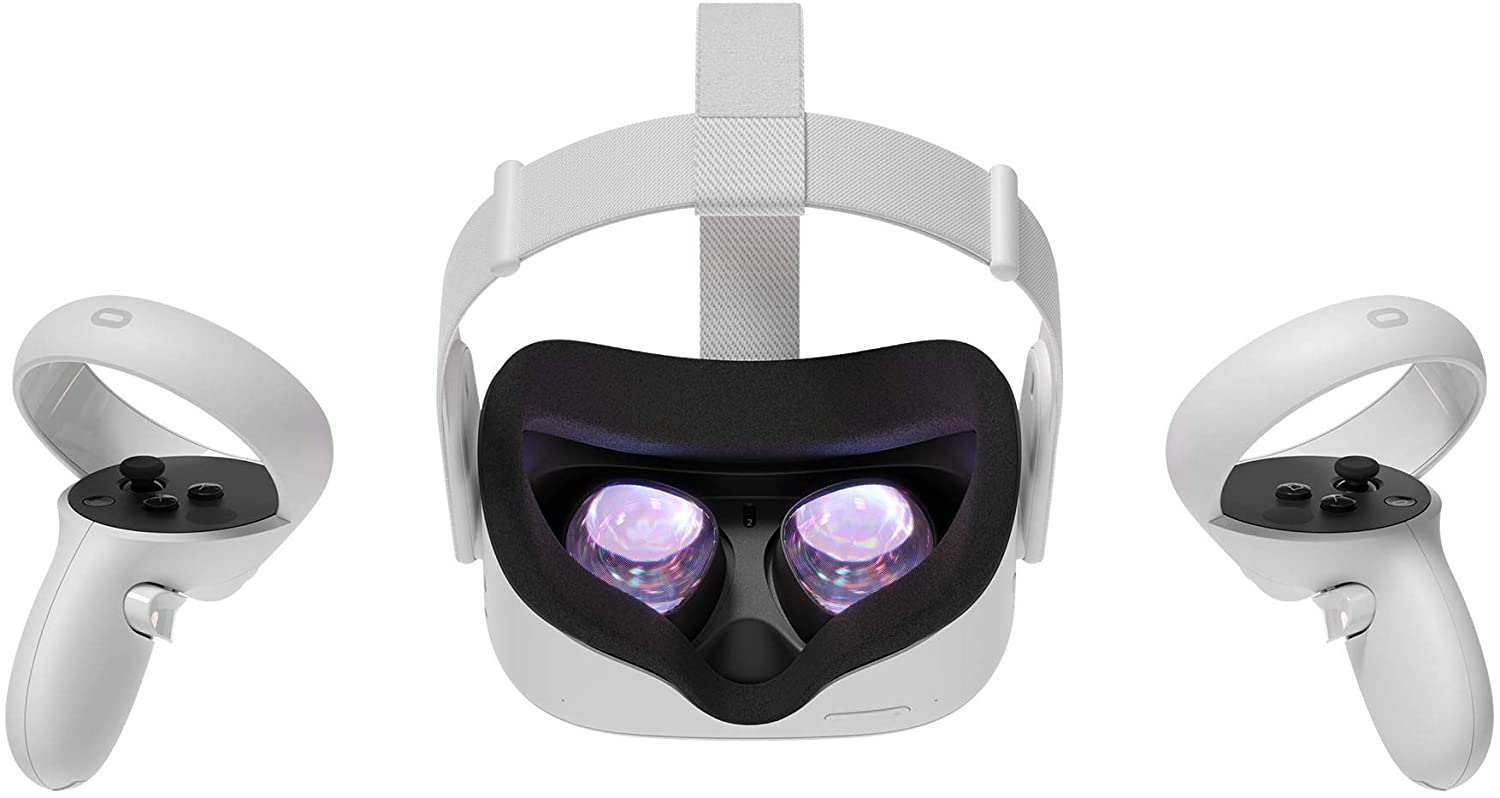 Battery life on the headset is good at around 3 hours depending on what you’re doing, but it doesn’t hurt to pop it on charge when you’re done to keep it topped up. You can download games to the device via the app on your phone, so it’s sensible to have it on charge in case you blast all your battery downloading games.

On those games, then, there are some absolutely terrific titles on the Quest Store. SUPERHOT remains one of the best VR games available anywhere, Tetris Effect is still mesmeric and trippy as hell, even Job Simulator and the newer Holiday Simulator are fun distractions, while Beat Sabre is genius and a good way to keep fit. New titles are coming, too, with Rez Infinite hitting Quest Store, and The Walking Dead: Saints & Sinners out on launch day of the Oculus Quest 2, as well. There’s Arizona Sunshine, Trover Saves the Universe, Moss, Dance Central VR, Pistol Whip, The Room VR…the list just goes on and these are all high quality experiences that are better in VR, or in some cases would only work in VR.

On top of that you can connect the Oculus Quest 2 to your PC via a wire to enable Oculus Link mode. This is still slightly clumsy as the Quest store is different to the Rift store, and means you have overlays on overlays to wade through to get to titles. The same is true of the Steam VR experience. You can play Half-Life: Alyx on Oculus Quest via Oculus Link, but the cable required to set up Link isn’t included in the box. That’s fair, I suppose, as it’s intended for wire-free play, and if you consider how much you’d have to play Half-Life: Alyx otherwise, it’s no big deal to buy a cable (though they aren’t cheap, and you’ll need USB 3.0, so know that going in). 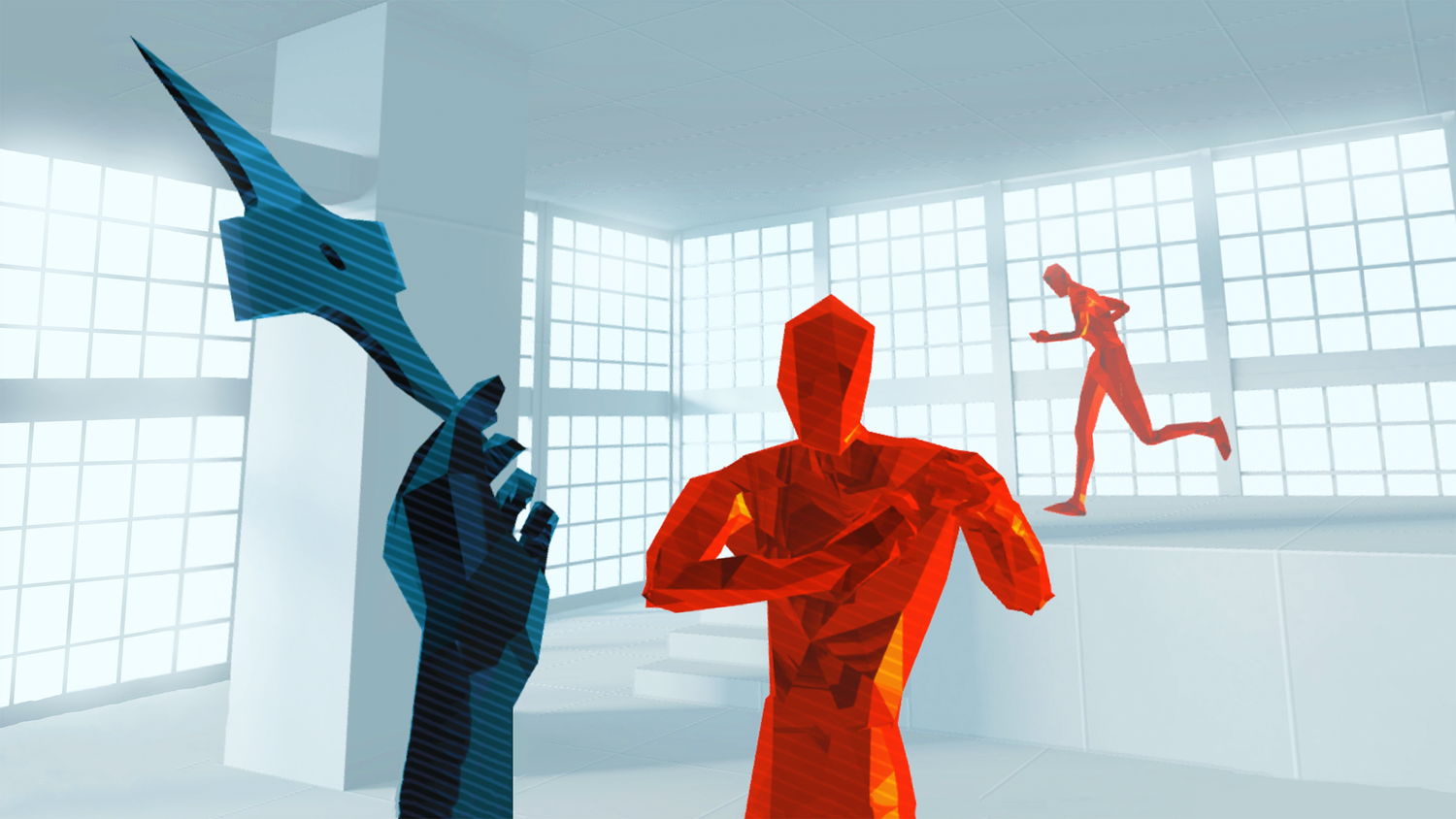 A nice feature of the Quest 2 (though it also existed on the original headset) is the ability to cast your gameplay. It is what it sounds like, really, offering you the chance to cast your in-headset visuals to someone’s phone or a Chromecast device, or similar. The fidelity is definitely lowered here, and VR gameplay always looks a bit peculiar when flattened, but it’s a nice option to turn a very solitary experience into a communal one. I enjoyed playing Cubism on Quest 2, a deceptively simple game that requires you to put coloured Tetromino style blocks into a box, and when I got stuck I could cast to my phone and my family was able to join in with suggestions. You can also use the Cast feature to live-stream as well.

The Oculus Quest 2 uses inside-out tracking, so there are cameras that can show your space if you so choose. This also means you can put the controllers down and use your hands as controllers and it feels like wizardry to fully enact the Minority Report style hand gestures that seemed impossible before, but are here now. You can even hold your hand to your face to re-centre your view, and pinch buttons to select them. 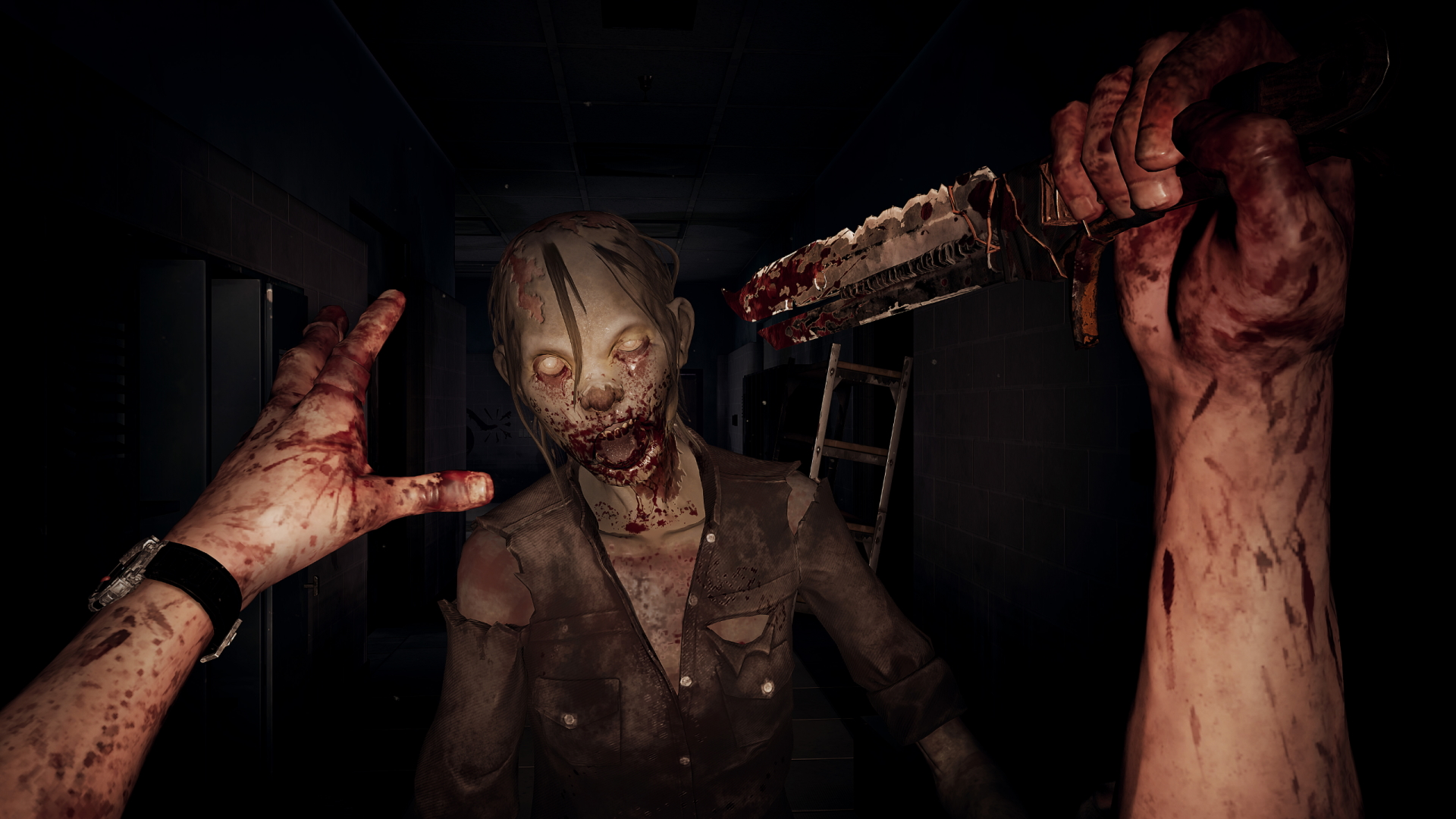 And that brings us back to the magic again. It’s difficult to know if VR could ever become fully mainstream, but devices like the Oculus Quest 2 make it seem possible. Within seconds my wife was smiling playing Beat Saber, making noises dodging the incoming walls, and my son who would normally be on FIFA or Rocket League had a “quick test” of it that lasted an hour. It’s easy to be drawn in, because games in VR often feel so intuitive. With more titles coming (The Climb 2 is one I’d like to test still) and a fully formed store, the hardware on offer here is superb, and it’s difficult to not recommend.

Look, £299 is still not “cheap”, especially with a new console generation nearly upon us, but Oculus Quest 2 has reminded me why I love VR. Only this version of VR is without any of the hassle of needing a huge living space, or a heavy cable trailing behind you, ruining the immersion as you trip over them. This is the easiest entry point for VR yet, and I can honestly say that despite the lower price compared to other solutions, it’s also one of the very best.

Oculus Quest 2 is the easiest entry point for VR yet, and despite the lower price, it’s also one of the very best.