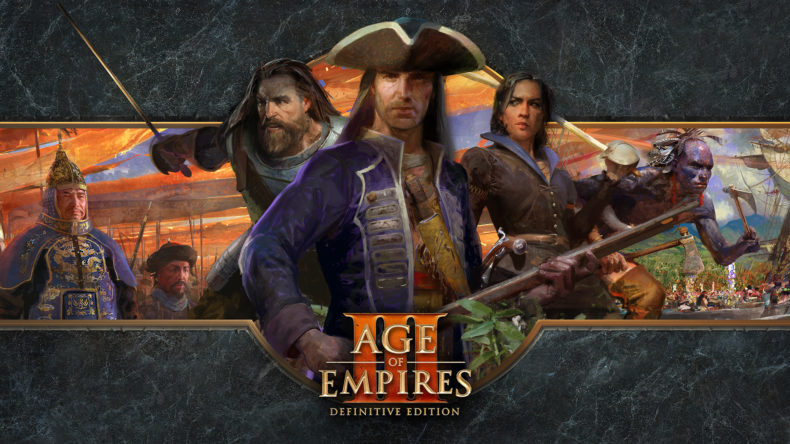 When Age of Empires III was first released in 2005, it was a very different world. Original developer Ensemble made some decisions then that simply can’t be made now, filling in factual gaps with liberties taken, occasionally stooping to using racial stereotypes that nowadays just aren’t to be tolerated. And credit goes to Ensemble and new developer Tantalus Media, who have addressed these issues in Age of Empires III: Definitive Edition when they could have simply opted to dress up the graphics and call it a day.

But the Definitive Edition has a lot more to it than just improved visuals, delivering the original game along with two new campaigns (the first being the Incas, and the second being the Swedes), re-recorded voice lines, re-structured stories, revamped multiplayer, extra modes, and a host of quality of life improvements to bring it somewhere more in-line with the genre as it exists today.

First of all though: this is still very much a game of its time, mechanically. At points it’s almost glacially slow to move units hither and thither, the interface is fairly stripped back compared to other 4X titles, and it’s more story-focused than games like Age of Wonders: Planetfall or Crusader Kings. Though, the bare bones are the same: make peasants gather resources while upgrading buildings and raising an army to defeat the enemy – the enemy, of course, being everyone else on the map. 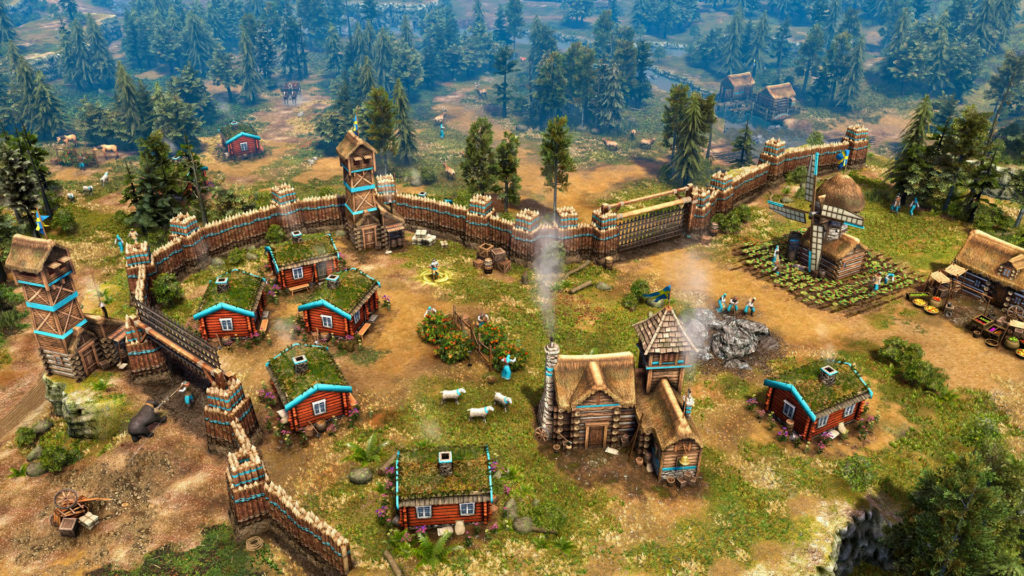 The big difference is that Age of Empires III doesn’t just drop you into a map to fend for yourself. While there are various modes to choose from on the menu screen, the primary experience is one of the Campaigns, multi-act stories focusing on one particular group or character in history. For example, one follows the legendary militia hero Nathaniel Black along the American Frontier; another sees Captain Morgan Black (no relation) of the Knights Hospitalier defending Malta from invasion by the Ottoman Empire. Yet another begins with the Siege of Osaka in ancient Japan. Historical Battles let you relive a handful of legendary conflicts, which is pretty cool if you’re a history buff. If you’re not, it’s still good to jump directly into a battle scenario and see how you fare.

While each campaign plays very differently in terms of plot, the objectives within each chapter have a fairly consistent theme. Most will task you with specific challenges such as destroying supply caches, obliterating an enemy town centre or constructing a specific building or resource centre. Those looking for a purer empire-builder can find it in the alternate modes, but the main campaigns of Age of Empires III are more objective driven. There’s also more of them now. Along with expansions Asian Dynasties and The War Chiefs, the Definitive Edition launches with a brand new expansion, which brings the total number of campaigns to 16.

The UI has been tidied up and modernised, though you can opt for the classic version if you prefer. I’d be lying if I said I remembered much of the original version, but I will say that the new version is a little odd in places. For example, to construct a new building you must click on a settler’s portrait as opposed to the town centre, which took me a few minutes to realise as there are fewer in-depth tutorials than I’m used to. 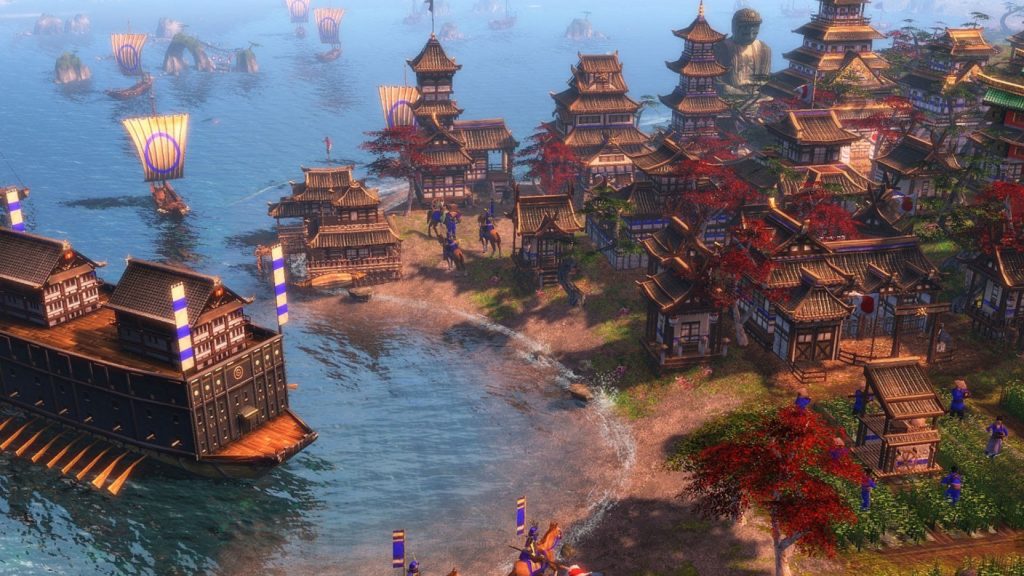 Likewise, I wasted a fair amount of time looking for an option to speed up the game but couldn’t find one – which is upsetting, because sometimes your units move so painfully slowly and then die so painfully quickly. The pathfinding AI is also still stuck in 2005, as an errant click in the wrong place will send your little troops on a merry little adventure that, more often than not, results in some form of violent death. The actual intelligence level of the AI doesn’t extend beyond stabbing opposing forces in the face, with as much concern for their own safety as heavily armed cows. Of course, there’s always the diplomacy option – previously Age of Empires III was fairly straightforward and lacked the complexity of more modern titles, but the inclusion of more political options in both the new campaigns and the originals means you’ve more sly maneuvering to do and not everything will end in conflict.

It’s all very bright and colourful, too, with gorgeous, detailed environments and re-drawn sprites, though the animations don’t appear to have had that much work done. But with such a variety of locales, building types, time periods, and units across the available campaigns, you won’t get bored of the visuals. There’s something cathartic about watching your own massive army sweep across the map, leaving nothing but the smoking remains of settlements in its wake. The destruiction on display during the larger battles is impressive, too, as great ships trade cannon fire and fortresses tumble down under clouds of smoke and shale.

Of course, even if you do get tired of the campaigns, you can spend time in the Skirmish mode fighting for fighting’s sake, or taking on the specific, timed challenges in the new Art of War mode. It’s a solid addition that offers variations on the mission objectives in the campaigns, and fundamentally change the way it feels to play by including things like time limits or restrictions on resources, as well as tight objectives. 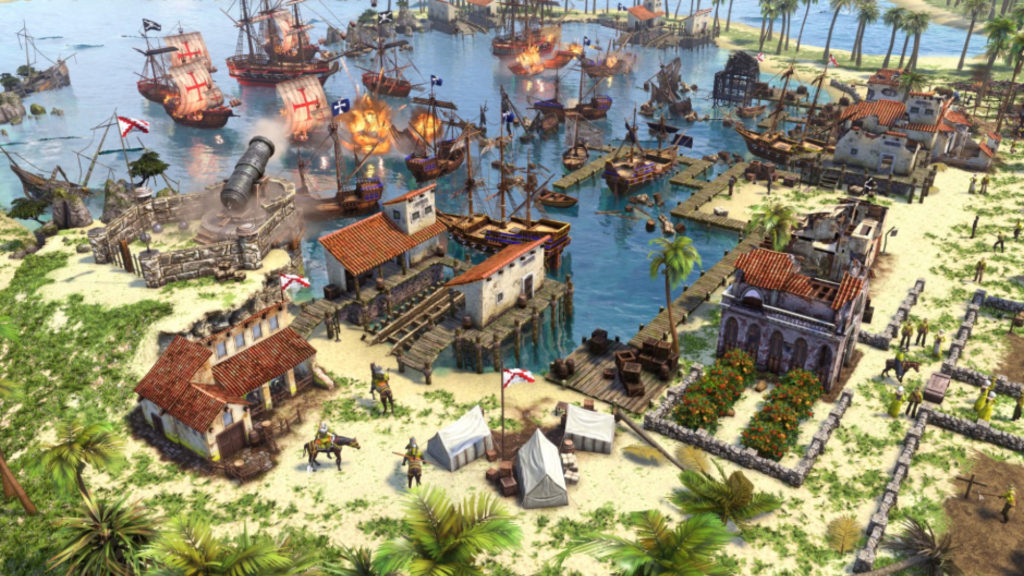 I’m not much of an armchair general as a rule, but there are changes to the multiplayer that will interest those who are. A spectator mode, for a start, that lets you just sit back and watch other people outperform you. If you do get involved with the online modes, there’s now dedicated server support and a handful of new maps apparently designed with help from the community.

You certainly can’t accuse Tantalus of skimping out on the gameplay here; they’ve even added full mod support for players to customise the game themselves. There’s a decade and a half of content to get through, not to mention the “Home City” mode. At first I dismissed this as a bit of a curio, but it’s actually an interesting mix of card collection and base-building, allowing you to build card decks that let you improve and customise your city. Previously you were required to unlock all the cards by hitting milestones in the game, but in the Definitive Edition this has been overhauled, with all the cards available from the start and features unlocked as you play without the need to grind.

It’s been a year for remakes, it seems, and Age of Empires III Definitive Edition slots in nicely among the likes of Command & Conquer Remastered. There are enough changes and new additions to make it worth playing again, although younger gamers who have embraced the likes of Crusader Kings III or Civilisation VI may find it a little too straightforward. That being said, it’s a beautiful looking remake with enough depth to keep you thinking while being simple enough for most people to pick up and jump into. This is very much a remaster for the fans – especially given the low price tag for such a huge amount of content – and while newcomers may well find a lot to like, it’s the long-term players who will most likely rally to this flag.

Age of Empires III: Definitive Edition is a great remake, packing in loads of new content and addressing some issues that other developers might simply have swept under the rug.

You may also like
age of empiresAge of Empires III: Definitive EditionPC