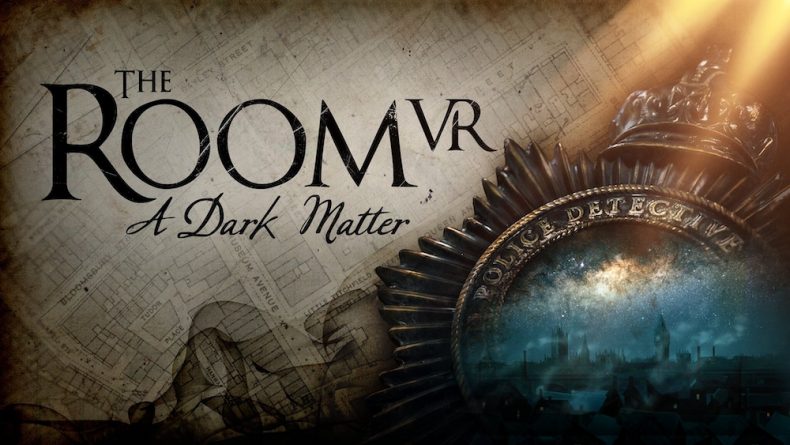 The Room is an established mobile game series that has seen four releases over an eight-year stretch. Instead of making another game for handheld devices, Fireproof Games decided to embrace virtual reality, crafting their familiar brand of puzzle game in a completely different way. It’s a huge step for their development team, but creativity should be allowed to flourish. VR puzzlers can be hit or miss, and for a company to step into the unknown and out of their comfort zone, it’s a big risk that might not have paid off.

Thankfully, The Room VR: A Dark Matter is a well constructed puzzler filled with intricate conundrums and plenty of intrigue. Every room is a dense labyrinth of mysteries that have you scratching your head at every turn. The general gist is that you’re a police officer trying to locate a missing Egyptologist. It’s not long until you realise things aren’t what they seem, and soon your thrust into piecing together his disappearance and uncovering what this strange dark matter is. After a brief look around your police station, you travel to the British Institute of Archaeology, and within minutes you’re solving the complex web of puzzles that deeply immerse you in the game. Like many VR titles, you rotate and teleport, and once you’re in one of the designated spots, sifting through every hidden clue, letter, and object unravels a tiny bit more of the mystery. One of the first things you need to do is use a system of pulleys, ropes, and levers to reveal a sarcophagus. It’s not clear at first how you do this, but after a bit of exploration you find a poster with details revealing what’s needed.

It gradually gets more challenging, especially when you’re finding smaller objects like keys, Egyptian artefacts, and lockpicks. You’re constantly moving from one spot to the next to uncover the next clue, and at times it can be tricky. What’s great about The Room VR: A Dark Matter is the support you’re given if you find yourself struggling on what to do next. By opening your inventory, you can select a hint, and quite often there’re at least three to make it pretty obvious. You don’t have to use these of course, but it gives you some comfort knowing there is help if you need it. With so many finicky items to pick up, small boxes to open, or complex contraptions to operate, the controls are rather responsive. I had no issues at all operating any of the equipment, whether it was pulling down a rope, playing an organ by the note, or flicking small switches. Some of the puzzles require you to use a special kind of eyewear that reveals hidden messages and puzzles, and these can be intricately designed, however, I had no issues when it came to using them.

Each room you encounter is detailed fantastically, and the various locations are immersive. Jumping from mobile to VR has allowed Fireproof to go big or go home, and whilst the first few locations take place in one room, locations like the church have multiple rooms and not only are they designed well, the audio only heightens the experience. The Room VR: A Dark Matter is filled with wonders that don’t always present themselves easily, but once you get stuck in there’s plenty to enjoy. The Room VR: A Dark Matter is an intense puzzle game that has a hefty amount of problem solving that rarely gives you a chance to breathe. If there’s any criticism to be had, it’s that each room goes on for a little too long. Due to the amount of concentration you need to give it, it began to strain my eyes with the finer details in many of the puzzles. It might not be the same for everyone, but you really have to pay attention to every symbol, line of text, or clue.

The narrative is chained together by sections where you use your goggles to view a strange glowing symbol through a magical space in specific pieces of paper, and once you line the paper and symbol up, you start to see what the esteemed Egyptologist has been up to. Throughout the rooms you’ll get to read updates from him as well, learning about the relics he’s been investigating. It’s not story heavy, but it’s enough to keep you interested.

The Room VR: A Dark Matter is a complex puzzler that gives you plenty to do, and makes sure you’re never left in limbo if you’re struggling to progress. The visuals are great, and the audio makes every crank, mechanism, and object feel real. Whilst the rooms take a while to complete, and the text and level of detail can strain your eyes, it’s still a fantastic puzzle game that keeps you on your toes throughout.

The Room VR: A Dark Matter is a puzzle-heavy game that keeps you immersed from start to finish, with wonderfully crafted rooms and challenges.

Fireproof Games’ The Room is Free on iOS until 2016