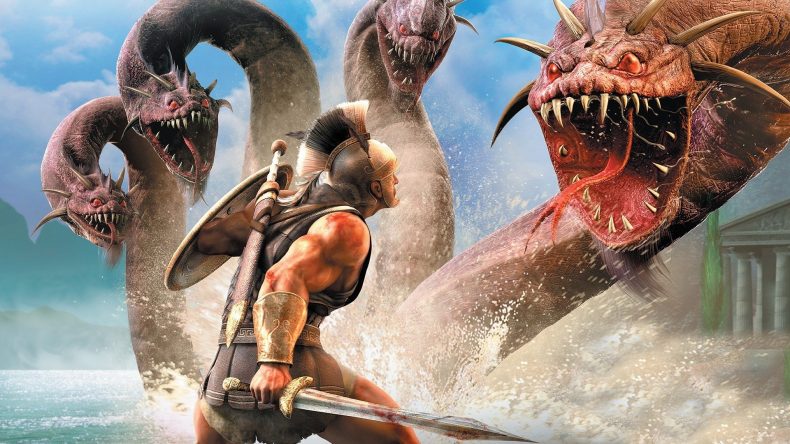 The term “Diablo-clone” is used a lot in the games industry and not always in a positive way. The thing about Blizzard’s seminal dungeon-crawling franchise is that it’s so feature rich that it’s hard to create something in the same genre without coming across as a cheap copy. I mean, no one moans about CoD-clones, do they, and there are certainly plenty of those. But Diablo is such a beloved beast (1 and 2 on PC; 3 more-so on console), that it must be quite a daunting prospect for any developer to attempt to create something new or fresh in a genre Blizzard had a serious hand in defining.

For my money, the next best things is Torchlight, though contenders like Sacred II and Dungeon Hunter have made their own waves, too. But being a console gamer myself, I’d never come across Titan Quest, a similar hack ‘n’ slash RPG adventure from THQ Nordic. Initially release on PC in 2006, it tells the story of an Ancient Greece beset by angry gods and overrun by all manner of mythological creatures.

After creating your character in a bare bones interface, you’re dropped straight into the town of Helos and told to head on down the road and fight off the invading nasties. Armed only with a little knife and a tunic, off you go, to slaughter a bunch of goat-headed Satyrs tormenting a young fellow’s horse. You soon find that they’re all over the village, along with aggressive wild boars and some really mean crows. If you’ve played an ARPG in this vein before, then you already know what’s coming and you’ll feel immediately at home in Helos. It soon transpires that the gods are not impressed with humanity, and one of them (or so you assume) has unleashed the Titans, ancient avatars of global destruction, and it falls to you and your knife and your tunic to put a stop to it. Trekking from Greece through Egypt and as far as China’s legendary Silk Road, you’ll face a plethora of mythological monsters all given a lick of high fantasy flair.

At a basic level, it’s all very “Diablo”, but if I’m honest, Titan Quest (at least this edition) falls some way short of Blizzard’s most recent iteration. Which is to be expected, given the kind of money and pedigree Blizzard has to back it up. Once you stop comparing the two and judging TQ by its own merits, you realise it’s an enjoyable, compelling adventure, despite its flaws. Although, the flaws are a serious caveat.

For a start, it feels pretty slow. The combat is quite clunky, almost perfunctory, and not all that dazzling. Once you begin to level up it gets better, but Titan Quest’s deep character progression system isn’t immediately user-friendly. There’s a bit more to it than you might realise at first, and the various classes, here called “Masteries”, may confuse you at a glance. Standard choices like Hunter, Rogue or Warrior are easy to fathom, but when you have magical classes called Nature, Storm and Dream it becomes a bit trickier. As you earn XP and level up, you’ll unlock skill points that you can either spend on special abilities or bank to increase various attributes. The translation from mouse and keyboard to controller is seamless, as a comprehensive Ability wheel allows you to easily select between 8 different attacks or buffs at any given moment (once they’re unlocked, of course). While there aren’t many screen-filling spell effects, some of the attacks do look quite impressive. As in all ARPGs, getting to know and understand your chosen class is crucial, especially when you foray into the multiplayer mode.

Similarly to Diablo 3, the multiplayer sees you drop in and out of your friends’ adventures to help one another through the story. Teaming up adds a much-needed second level to the action, and really allows the various classes to shine together. For example, the Hunter has a snare skill that can hold an enemy in place, while if you choose to wield Dream magic you can lay down a blanket of debuffs and negative status effects to make tougher enemies seem much squishier, and therefore easier for the sword wielders to deal with.

Played alone I found it to be just a little bit ploddy. It might be that I’m too used to the pace of Diablo 3 or the free-to-play Path of Exile, but I found clearing out the Fog of War to reveal each map a bit of a chore sometimes. Also, without quest markers I found myself doing a fair bit of aimless wandering. That being said, your mileage may well vary – there’s certainly enough to see, fight and loot to keep even the most diehard ARPG fan tapping away until the early hours. Titan Quest certainly isn’t dull, it’s more that it lacks the immediacy and minute-to-minute excitement of some of its genre-mates – at least in my humble opinion. Feel free to call me wrong here.

I encountered a couple of technical issues, most notably a persistent freezing effect when I picked up loot (which is occasionally fiddly when items are piled in one spot and given that your inventory is so tiny) that saw me rooted to the spot for a second. It’s irritating, especially when you try to loot mid-fight. It can also be quite easy to get stuck on boulders and such as you try to make a fighting retreat from tougher encounters. Thankfully, though, I didn’t encounter any lag or slowdown.

To be totally fair, Titan Quest ticks all the necessary boxes. There’s loads of loot in the form of weapons, armour, trinkets and upgrades, and a pile of enemy types to wade through including random elites and mini-bosses. The environments may not be the most beautiful we’ve seen, but they vary enough between locales that you won’t quickly become bored of seeing the same backdrops, and the combat starts to come into its own within just the first few levels. You’ll unlock higher difficulty settings on completion, too, so the replayability is decent, particularly if you’re the sort who craves a real challenge. If you’re a genre fan, it’s a no-brainer, but if you’ve already had your fill of ARPGs like Grim Dawn and Path of Exile, you won’t find anything here to bring you back to the table.

A bit slow and heavy
Quite bland, visually
Nothing terribly new