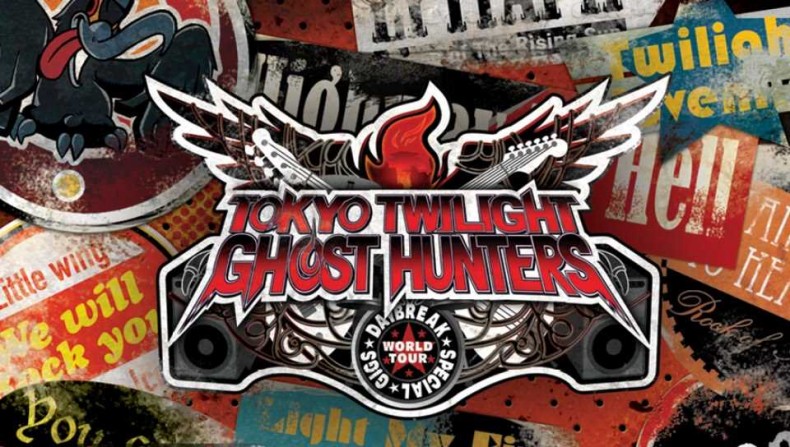 Tokyo Twilight Ghost Hunters: Daybreak Special Gigs is a visual novel from Arc System Works and Toybox Inc. that really raises the bar for visuals in the interactive fiction genre. It also adds a layer of strategic combat to the fray that really soured me. While this is an enhanced release of the original Tokyo Twilight Ghost Hunters on PlayStation 3 and Vita that has been released on all 3 PlayStation platforms, I will not be able to comment on specific changes because this release is my first exposure to the games.

You play as a transfer student (because of course you do) who spots a ghost while being shown around the school. The class president Sayuri has a Tsundere thing going on initially but is forced to take you around the school until you find yourself deep within the Gate Keepers. You have the ability to sense ghosts and basically aim to exorcise them. I’m a big fan of interesting ways to tell a tale, be it in game form or any other media, and the episodic split up here works really well. There’s a nice intro chock-full of anime style that you get to see a few times in your journey as well. Instead of just limiting you to a few responses, you have a unique input system that lets you select an emotion followed by a sense. This results in some hilarious dialogue like Fukurai telling me “I’ll give you your reward after you defeat the ghost okay?” when I chose the heart followed by tongue in the input screen, when the situation obviously demanded something else.

The actual ghost hunting takes place in a strategic setting with visuals akin to the lower screen in an Etrian Odyssey game. There’s an annoying element of luck and guesswork at play. On paper, I was absolutely sold at SRPG elements being added to a visual novel that already looked amazing with elegant animations. In practice, hunting ghosts is the weakest link. The mission preparation phase lets you set up various traps for the enemy before you get to actually prepare your turns and predict where to attack the ghost based on its movement. This results in a ton of trial and error and while brute forcing does work, it is annoying to deal with this system.

On the bright side, the visuals are really great. While most visual novels and games that employ this mode of storytelling have static portraits with a bit of animation, we get an animated oil painting style here. The combination of animated character models and lovely environments make the experience really memorable and also show you how much visual novels can push the graphical barrier. The aesthetics carry through to the music that has a very 90s feel to it with crunchy guitars playing almost throughout, and I was pretty shocked to learn that Nobuo Uematsu had a part to play when it comes to the music. I also wish there was more voice acting as it feels inconsistent in terms of quantity. The opening sequence was enough to really wow me with the atmosphere and uniqueness on display.

Tokyo Twilight Ghost Hunters: Daybreak Special Gigs is well worth a try if you are willing to stomach an annoying combat system, because the visual novel side is really worth it. I would’ve preferred a standard turn-based combat system or just more structure and explanation for the combat. The sad part is this is an enhanced release and I still despise the combat sequences. If you can look past that, there’s a very interesting payout waiting for you here.

An interesting and great-looking game that blends the visual novel genre with poorly thought-out strategic combat.