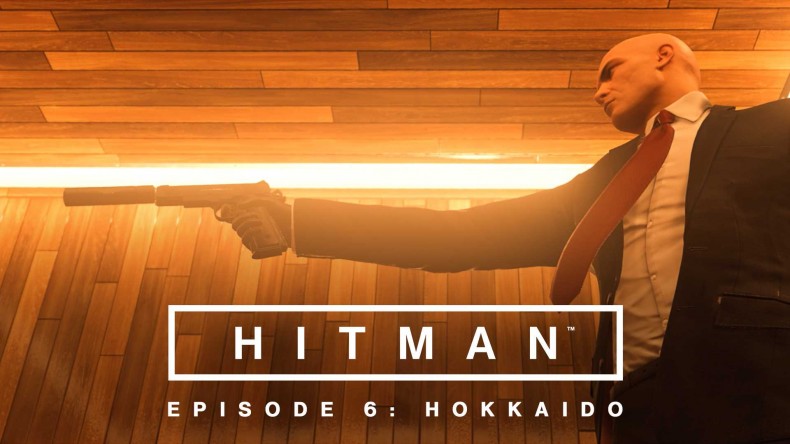 After six locations, many assassinations and countless hours spent hiding in a closet, Hitman Season 1 has finally come to an end. We’ve been around the world to some gorgeous locations like Sapienza and Bangkok, and we’ve faced unfavourable odds trying to take out some of ICA’s toughest contracts in army training camps and lush, artsy parties in extravagant museums. I’m really going to miss playing Hitman – knowing there aren’t going to be any new locations or contracts for quite some time is upsetting, but thankfully IO has got plenty of plans for elusive targets, escalation contracts and more over the coming months.

Hokkaido isn’t Hitman’s greatest mission, but it has plenty of variety and loads of opportunities to take out the final two targets of the series, and it’s lovely to look at too. The GAMA private hospital is a mix of beautiful Japanese culture, luxurious spas and hot springs, and a wealth of high-end technology. The hospital is in part controlled by an AI called KAI, and from the moment you get out of your bed, there’s an underlying horror to it, especially as it informs you about the ID chip in your soft, silky robe. You’ll finally get to kill series regular and ICA traitor, Eric Soders, along with Yuki Yamazaki – a tattooed lawyer threatening to release a list of ICA operatives. They aren’t easy to kill, but kill them you must, and as you step out of your room, it’s time to get your hands dirty. About half way through the first series, I’ve favoured finding quiet spots to put a bullet in the back of my target’s head, but it’s not that easy in Hokkaido. Guards patrol almost every hallway, and cameras are everywhere. Getting these guards alone to steal their uniforms is tricky, but I found a wonderful spot on a tall platform, overlooking the snowy mountains and icy rivers below. We were alone, with no cameras watching; I pushed one over, beat the other up and stole his uniform, subsequently throwing him over the balcony as well.

As for Soders, I tried to kill him with a bullet, but that plan backfired. I’m so glad it did, because the way I did kill him was glorious, and I never laid a finger on him. Once again, you’re given plenty of choices as to how they go and you’re spoilt for choice. There’re plenty of chances to replay the Hokkaido mission, and it helps that it’s possibly the smartest location of the series.

The hospital is bustling with bigwigs lazing about in the hot springs, chatting about the most mundane of bullshit, once again giving NPCs character. It’s remarkable how IO has done this ever since the start, giving life to every location. The hospital is wonderfully designed, with clean wings littered with fancy tech, a stunning garden covered in snow and cherry blossoms (with a small bridge in the middle) and wonderfully decorated hotel rooms. The view as well – wow. There’s a town in the distance celebrating something with fireworks going off, and surrounding peaks glistening under a clear sky at the turn of a Japanese evening. Hokkaido would be much better if it didn’t suffer from such a weak conclusion as far as its story goes. There will be those of you who care about Agent 47 and Miss Burnwood, and it’s just a shame the final cutscene feels less like a bang and more like a whimper. We know there’ll be more seasons, or at least more episodes later down the line, but this is the conclusion to season one – it should feel like an end. I had quite a bit of a stutter on the cutscene, with plenty of instability throughout.

I was never interested in the story, I was always more bothered about visiting these impressive locations and finding ways to get my targets alone so I could make the assassination. Hokkaido is a wonderful ending in terms of gameplay and never suffers from getting easier or repetitive; IO has developed a stunning season for Agent 47, and the final mission does Hitman justice.

As a series finale, Hokkaido manages to succeed in almost every way, even if the story has a weak and unsatisfying end.