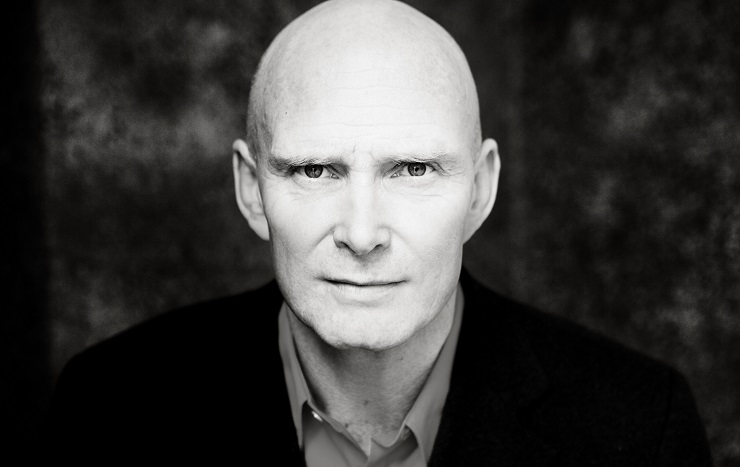 It’s not often you get to talk to an icon, but speaking with David Bateson, the voice behind Agent 47 was nothing short of an honour. If you’ve ever played a Hitman game, you’ll have heard the soft, melancholy chill of his voice, but the man behind the silent assassin is a real gentleman, and had a lot of great stories to tell.

After talking about our kids (I thought I had my handful with two daughters, but three?!) for short while, I wanted to start at the beginning. Where did it all begin, and how do you get the chance to create such a legacy?

“When I was 19, I was at university studying drama and English literature, and all sorts of subjects. It was my mother’s suggestion, God bless her. She suggested I go down to South Africa’s answers to the BBC. Radio was very big at the time, and this was when TV was very new to South Africa – everyone listened to the radio. “Do I just go and knock on the door?” and she said, “yeah, sure”. “Can I audition for one of your radio plays?” They said “sure, come on in,” and I recorded an audition for them. They gave me some samples, I read some passages, and that was it. That’s how I got into voice acting. It was great because it supplemented my university and paid the way”.

“Fast forward a couple of light years, and I’m in Denmark doing a voiceover in a studio. The technicians say, “Listen, we’re doing some graphics for a computer game that’s heavily in development. The developers of the game are asking us, the studio, if we know an actor that could voice Agent 47”.

“Just looking at the graphics they had – it was a scene from Hong Kong, very black and white, and moody and retro – very film noir. I was totally hooked”. After asking if he was a fan of that genre, it was great to find out that David’s favourite film is probably one of mine, and we talked about how it has been a massive inspiration of his. “My favourite film of all time is Blade Runner. Seriously, I just want to live in that world. I know it looks like a depressing world, but that film has had the biggest impact on me ever, and I just completely lost the plot over that film”.

Of course, we at God is a Geek are huge advocates of the latest Hitman game, and I was keen to know what David thought about it.

“I went out and bought my own disc. I’m sure they would’ve given me my own copy. I’ve had a code to play each episode as they’ve come out, but I just wanted to hold a hard copy in my hands, put it in my brand new PlayStation 4 and go, “whoopee!” I’ve only just got it, and I haven’t even bloody opened it”.

“I have played some of it– the first two levels, Paris and Sapienza”. I shared my enthusiasm for Sapienza, as for me, it’s the most superior. “Yes, Sapienza is amazing. I mean, that’s a whole game right there. I’m really primitive of playing it, but I’ve watched some run-throughs – some playthroughs. I mean, Paris really blew my socks off. I thought, “Oh, come on!” Sapienza blew me even further away. We also chatted about the decision to release it episodically. “There were a lot of people worried about the episodic release, but I think it’s proved itself. I think also, through this episodic release, IO has established an even better relationship with the fans in the sense that you keep communicating with them, giving them new elusive targets and taking them back to the same place. They’re in a better position to listen to critique and comment, and make suggestions, and within reason start to implement them. Honestly, I think it’s here to stay”.

I wondered how David went about recording for the episodic format. “I was going into IO interactive every six to eight weeks to get my fix – I only did one at a time. Even when I record whole games – Absolution was like a month or something: four sittings and one pick up session”.

“I enjoy going into record Agent 47, and I don’t have to wait one to three years – even six years. I get to go in every two months and it’s fun. You’ve got to bear in mind that I know the writers and the people at IO really well, so it’s like going into a room with your mates in a way, and talking about your hero”.

IO appear to be consummate professionals, and David had great things to say about them. “They’re very focused, and they’re much closer to the story than I am because they’ve written it. They really kind of know, and I can see it in their faces when I say a line how I think it should be said, and they say “no, no – it’s a quieter scene than this”. They truly know the storyboards and the written story so well, that they’re in an extremely good position to direct me on every single line”.

Agent 47 is a calm and calculated killer, so how do you even go about preparing for that kind of role? “I go and kill someone in the way in – it always helps (we laugh). I must admit, there’s something I have in common with this character. I wasn’t made out of a test tube and I’m not a killer, but it’s more from my upbringing, which has been very fragmentary – lots of love, but I moved around a hell of a lot. Nine schools in two countries, over twelve years, so I was always the new boy getting the shit kicked out of me”. “My whole attitude was about survival. How do I make the big, hairy kid laugh? It was nothing personal; it was just how boys were. Then when no one’s looking I can go and play chess with the school nerd, because that’s the only guy who seems interesting. In that way – what I’m kind of saying – is that there’s a kind of an affinity with this emotionless killer. I identify with his aloneness, and when I’m conscious of it or not, there’s a kind of melancholy with it. Sometimes I look back on a session and go, “Shit where did that come from?” I know some of it is that he’s the silent assassin – not everything is Vin Diesel and big car chases, and big bazookas going off in the streets, but there is a kind of contemplativeness. It’s almost as if you’re looking at life from the outside looking in”.

“That’s how I felt growing up, and something about him haunts me like that. If you’re playing a game, like one of the games I used to play when I had more time – Call of Duty – there’s a lot of action and you’re with a group of people. He’s a lone wolf, and not really attached to anything that’s going on around him. That appeals to me”.

David has voiced Agent 47 from the beginning, and I was curious if one particular memory stood out. “Well if I told you, I’d have to kill you (we both laughed). Just as a broad answer to that, it’s every time I go in to record to be honest – the camaraderie, the humour, and the banter – just guys in a room having a good time. When you’re playing with lines and discussing how you’re going to kill somebody, you just want to break it and go, “tell me he stops for a beer on the way in,” or sometimes I’ll just start messing around. Generally it’s not just a specific moment, it’s the recording sessions. They’re quite unique because a lot of fun is had, even between the darkness and stillness. There’s a great amount of love in the room”. Finally, I wanted to know what Agent 47’s legacy meant to David. “Woah, legacy? I’ve never had that. Normally, you only ever get attached to the role for a short period of time – something like three months for a feature film or a stage play, so you do get to know the character and get familiar with them. You don’t necessarily have to like them, but you get to know them”.

“I guess my legacy, or what I appreciate of it, is having played and knowing this person for seventeen years. I feel a great responsibility towards honouring his personality. I would feel really crap if someone said they had a great idea, like Disney want to create a hit theme park, or McDonalds want to pay us to strangle someone in a McDonald’s toilet – it would bother me. He’s got more class than that – he’s cool. I just want to continue to honour that and not take the piss out of it”.

David clearly loves the role, the character, and getting to be a part of the Hitman series for so long. “It’s like having a good friend that you’ve known for many years. You don’t have to see them a lot, but when you get together, it’s like you’ve picked up from the day before. That’s how I feel about him”.

Video games are cool. Don't let anybody tell you any different.
MORE LIKE THIS
Hitmanio