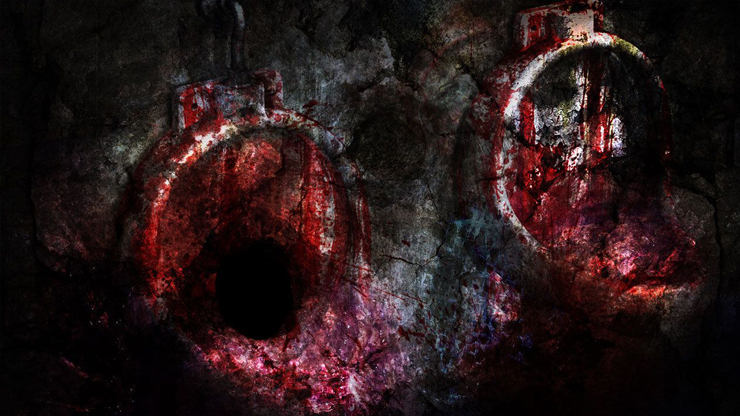 When I bought my Vita a few years ago, I ended up discovering a lot of franchises I’ve grown to love like Persona and Ys. At the time, I also scoured various forums for the best PSP games as the Vita plays those through emulation. Corpse Party is a name I read often in the non-RPG lists and the trailer intrigued me. Fast forward to today and I’ve played it again on Nintendo 3DS after experiencing it on Vita, Steam, and iOS and the 3DS port is the definitive version, even with some slight annoyances.

A group of students are performing a send off to a classmate who is moving away through a Sachiko Ever After charm. An earthquake follows this send off transporting everyone into an alternate dimension. Heavenly Host Elementary School has everyone split up into different locations. This is where things get gruesome. As you look around the school, there are traps, corpses, spirits of students trapped there before. Your aim is to escape.

Very few games manage blending two genres to create a compelling experience like Corpse Party does. The combination of visual novel story telling with great voice acting and adventure exploration gameplay with object interaction will mean you never tire of the experience. There are multiple endings and it is fairly simple to get the bad ones without a guide, but I still always recommend your first playthrough in any visual novel esque game to be a blind one with no help, to get the best experience.

While Corpse Party may look like an upgraded RPG Maker game, each new iteration has allowed for various improvements both visually and quality-wise. The brilliant audio design that has some amazing Japanese voice acting and atmospheric audio along with the music blend in with the visuals to create something really special. A scene in the opening area has flies around a corpse and the audio really makes you feel like you’re right there next to it. Since the 3DS has two screens, there’s less clutter on the top as well making the experience even more immersive with a good pair of headphones.

There are two slight annoyances I had with the 3DS version. There’s no support for 3D during most of the game. I was really hoping for stereoscopic 3D but the only times 3D works and is worth it is when there’s some CG being displayed. The 3DS audio output is also rather low so it is almost impossible to enjoy playing Corpse Party in a noisy location. I wish there was an option to increase the volume when headphones are plugged in. Since this is the 4th release of Corpse Party, it would have been nice if the chapter that was exclusive to the PC version had been added here making it the definitive version with its own exclusive content and all previous content and improvements.

Corpse Party on 3DS is a fantastic experience. With Yomawari and now Corpse Party, the last few weeks have been amazing for horror fans. I’m so glad XSEED localised this 3DS version and gave me another excuse to replay Corpse Party with some new content and finally own a physical copy of it. If you’re a fan of visual novels or horror in general, you owe it to yourself to buy and experience this.

Corpse Party on Nintendo 3DS will scare you like nothing else can and it is is the near best version of the game on any platform.