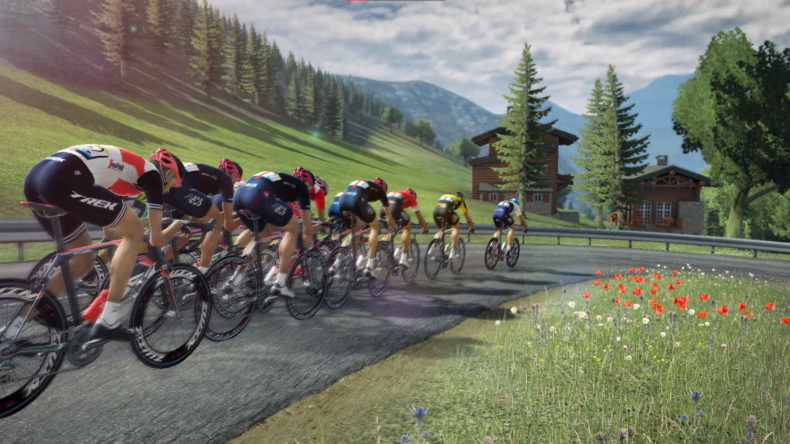 Tour de France 2021 comes in the middle of a tough year. But things are starting to return to normal. After the Euros, the next huge fixture in the calendar is the Tour De France, which begins on the 26th of June in Brest. Slovenian stars Poglacar and Roglic are the favourites. But before we find out who will dominate the legendary race in real life, there is a chance to live it vicariously in the latest simulation.

Road cycling does not lend itself well to quick, exciting blasts of action. The sport is often dominated by long, grueling feats of endurance, and this game is faithfully built around that. There is a sense of realism on display that is almost bloody-mindedly hardcore. It is very difficult to see anyone other than real cycling fans purchasing this one. For me that shows an admirable loyalty to the sport that many other videogames lack. The focus is on race management, being mindful of your energy levels, and lasting the distance.

The stages are long and arduous and working your way through them can take hours at a time, although you can choose to simulate sections that you do not wish to participate in. The character models, gear aside, are all virtually identical. The visuals are no real upgrade on last year from what I can see. But the peloton physics, use of slipstream and faithful recreations of the beautiful French countryside are excellent. 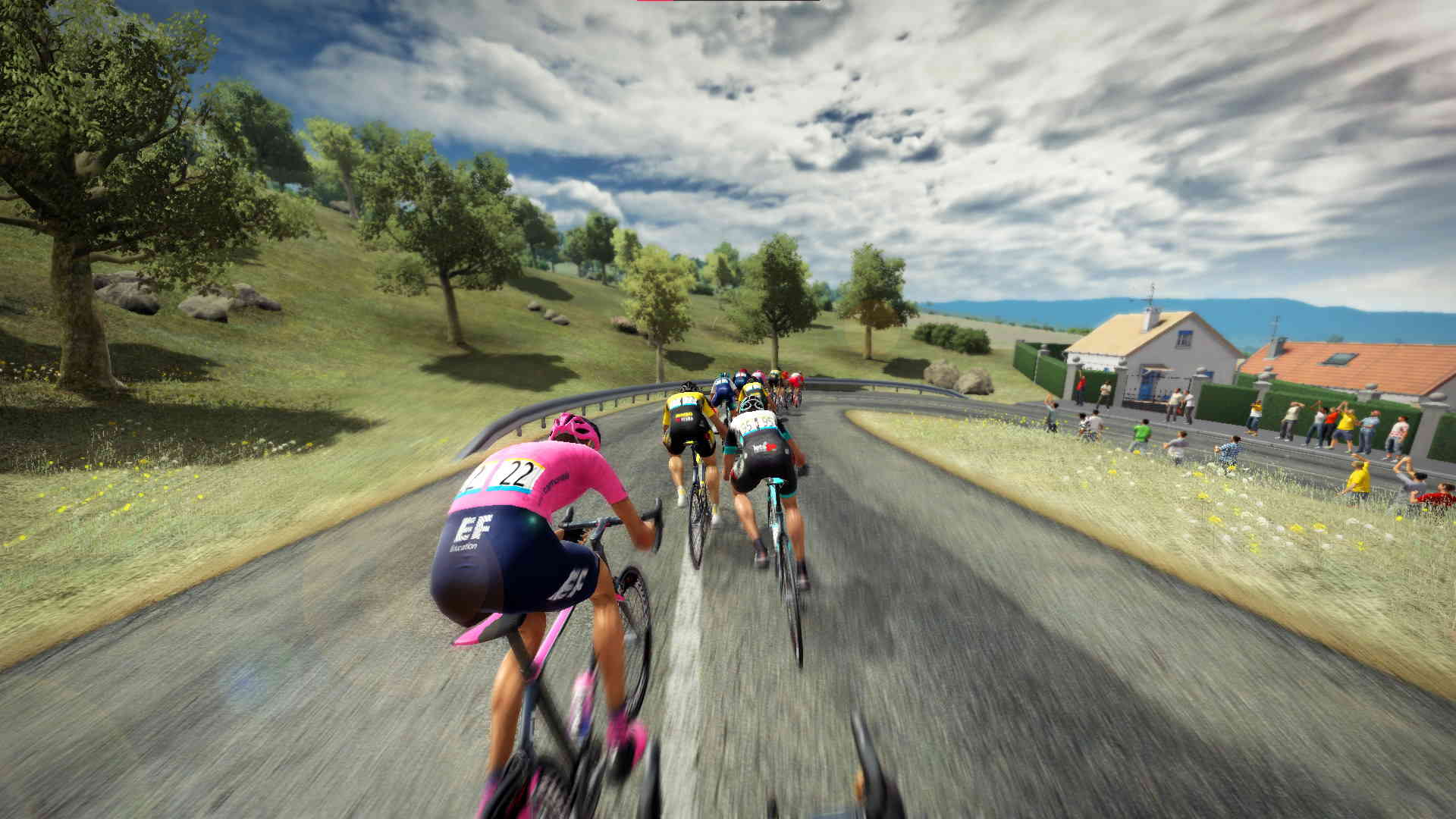 Even someone like me who is relatively unfamiliar with the nuances of the sport can find a tranquil zen from traversing the harsh landscapes. You learn to use communication with your teammates, to employ the slipstream of the rider in front of you to push ahead, and get a thrill from hearing the roadside fans cheering you on.

Tour de France 21 allows you to compete in the legendary event of the title, but also has a number of other races and tours that you can compete in. Events like the Open Tour, Paris-Nice and the Breizh Cup can all be unlocked by earning XP in-game. There are several standalone races that can also be unlocked which include visits to officially licensed events in London, Spain and Austria. 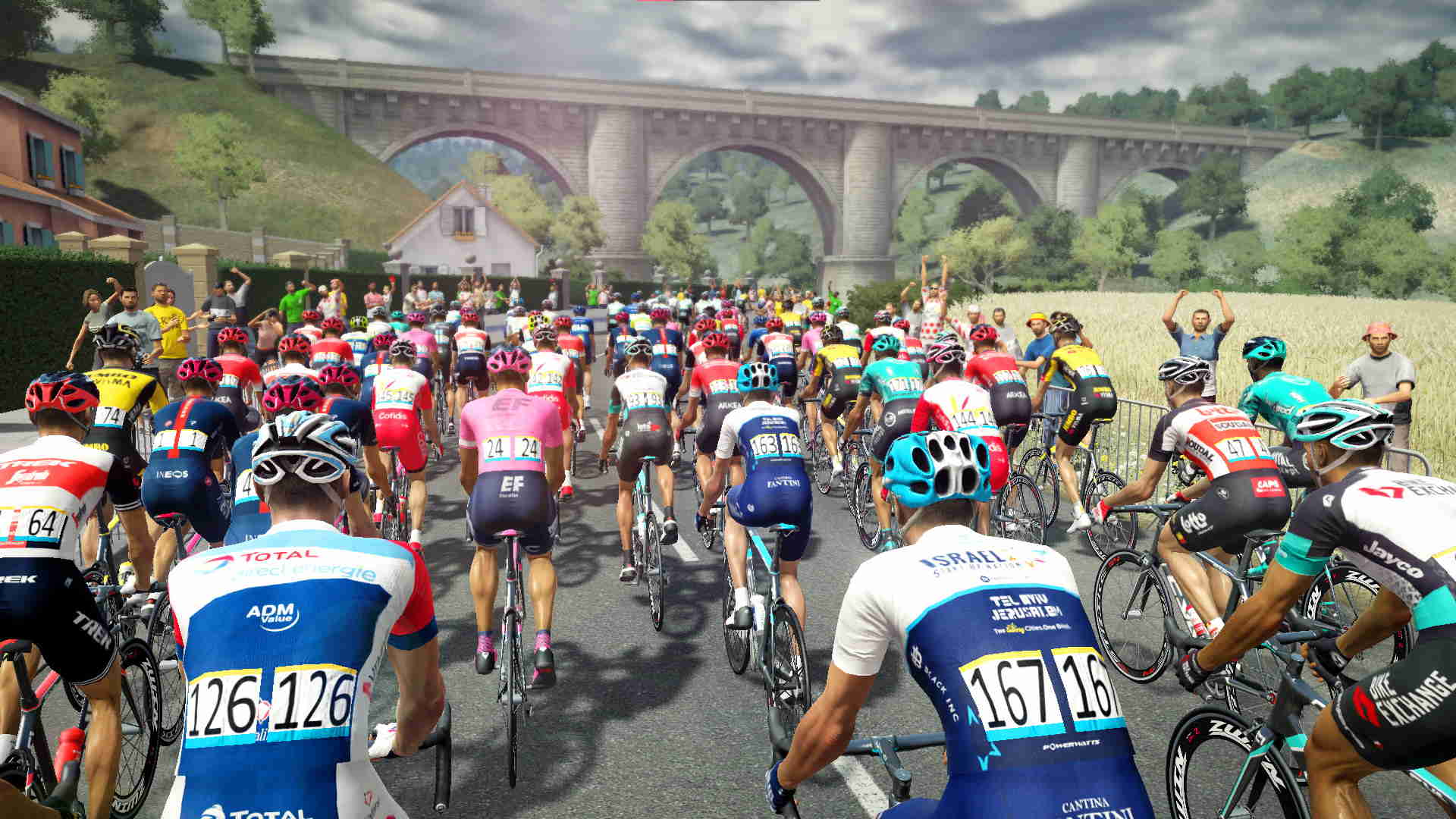 There is an option to create your own events based upon combining a megamix of favourite stages and races. A Pro Leader mode sees you create your own character and level up various cycling characteristics. Do you specialise in being an expert sprinter, or someone who can climb hills like a champ?

If the management side of things is more your bag, then Pro team allows you to assemble your own outfit to compete with the very best and ascend to the top of the world rankings. There are recognisable real-life teams to compete with, each with their own jerseys, and you can design your own and take them on not only in the cycling stakes, but in the sartorial department.

There aren’t a great deal of customisable options for any of these modes – it is quite bare bones with far less pizzazz than one comes to expect from a modern sports title. Apart from a new recovery mechanic during races, there is very little to distinguish this from the entry last time around – however I get the impression that this was intentional. It isn’t a particularly fun game to play for a neutral, but will appeal to a core fanbase, whilst giving all of us something of an appreciation of what a tough sport this is.

Tour de France 21 isn’t a particularly fun game to play for a neutral, but will appeal to a core fanbase, whilst giving all of us something of an appreciation of what a tough sport this is.

For Your Amusement: Game of Thrones