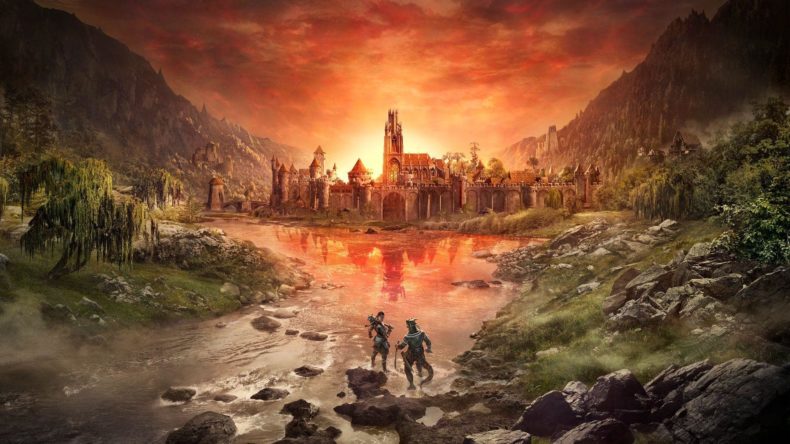 It’s been six years since TESO arrived, and over time it has grown into a genuinely great MMO. The Elder Scrolls Online: Blackwood is the latest expansion to arrive in Tamriel, and with it come the gates of hell. As players dive into a story arc that precedes Oblivion chronologically, it’s surreal revisiting places like Leyawiin once again. Much of Blackwood focuses on the origins of Mehrunes Dagon, one of the Princes of Oblivion. If you’ve played the Flames of Ambition DLC from earlier in the year, you’ll have learned about the sinister plot that involves the Longhouse Emperors and the Prince of Destruction.

What struck me straight away was how well-written the story was. TESO has seen some excellent chapters and DLC where the stories are thoroughly enjoyable. However, there are some that feel rushed or predictable. Blackwood feels epic in every sense of the word. The Deadric Prince and his minions have arrived in Tamriel, and the narrative is excellent. Oblivion was released 15 years ago, but everything came flooding back. Of course, this isn’t the same game. Far from it, but there is a welcome sense of familiarity that comes with it. 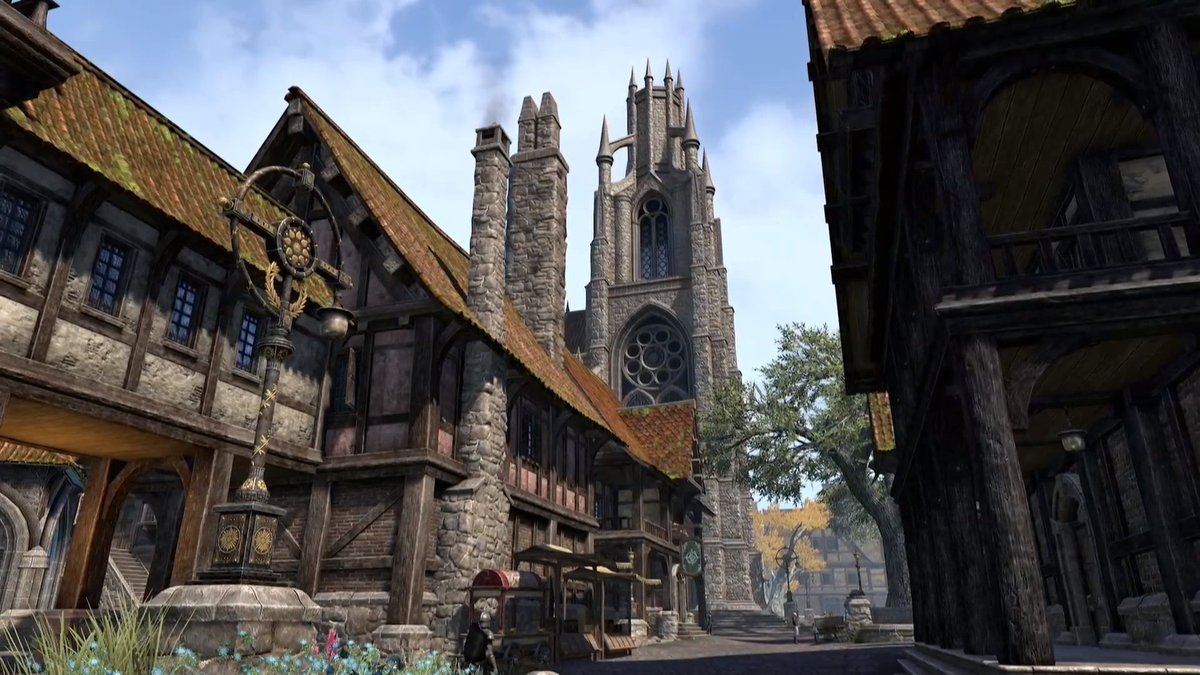 With every new expansion comes new characters and old. Whilst TESO is known for eccentric and lacklustre voice-acting, I love it. It feels like those old fantasy movies from the 80s where over-the-top acting brought a sense of campness to it. Eveli-Sharp Arrow is a cockney wood elf who’s “wot’s goin’ on ere, then’ delivery always made me smile. The new cast of characters don’t deviate from the tried and tested formula, but they’re all well-written.

Journey to the Deadlands

Outside of the main story, Oblivion Portals to the deadlands open up. These portals take you to the Deadlands. Here, you’ll fight countless demons and try to survive. Going in alone feels tougher than usual, but there’re always other players there to help. The deeper you go, the more loot you’ll find. The Oblivion Portal chest will have some superb new gear for you, making the venture into the heart of hell much more enjoyable than it sounds on paper. I’d barely started the first quest when one appeared outside Leyawiin. 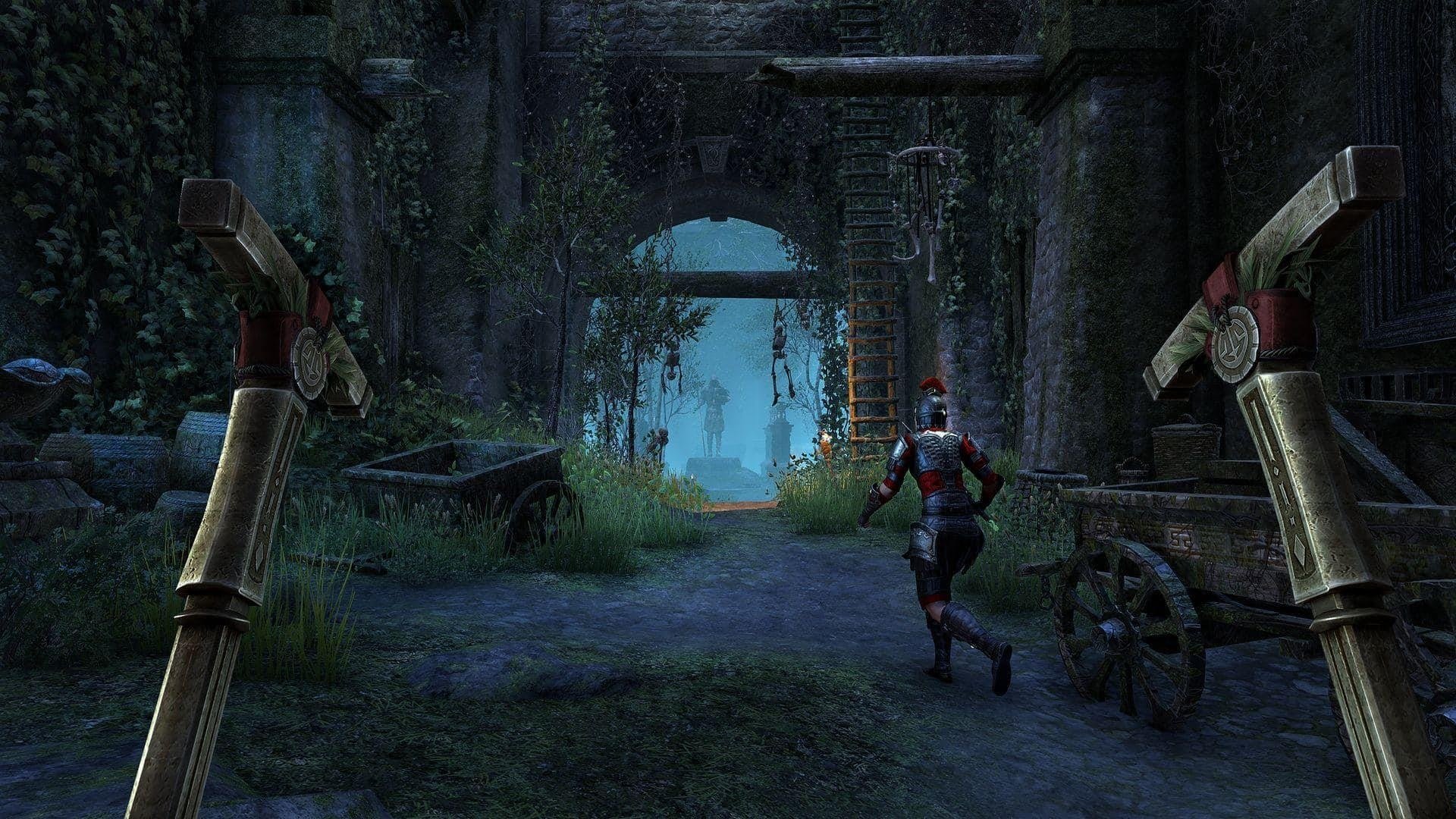 As it had been some time since venturing into TESO, I struggled at first. Saying that, it didn’t take long until the armies of Mehrunes Dagon fell under the swing of my axe. They spawn everywhere, and can be undertaken at any level. One thing TESO does well is its levelling management. New players starting out in Blackwood won’t find it ridiculously difficult. It’s still fun playing together, but solo adventurers will still enjoy unlocking the mysteries of Oblivion that are trapped inside these portals.

One thing Bethesda has added to help new players get used to playing with others are Companions. The two companions in Blackwood can be gained by completing their questlines. Both Bastian Hallix and Mirri Elendis can be summoned at any time. If you’re about to enter a cave filled with Dremora, calling in a companion can help fill the void left by other travelling players or your friends. Each comapnion has a skill set, and they can be evolved however you see fit. They can double up as a healer, damage dealer, or tank depending on how you want them to play. 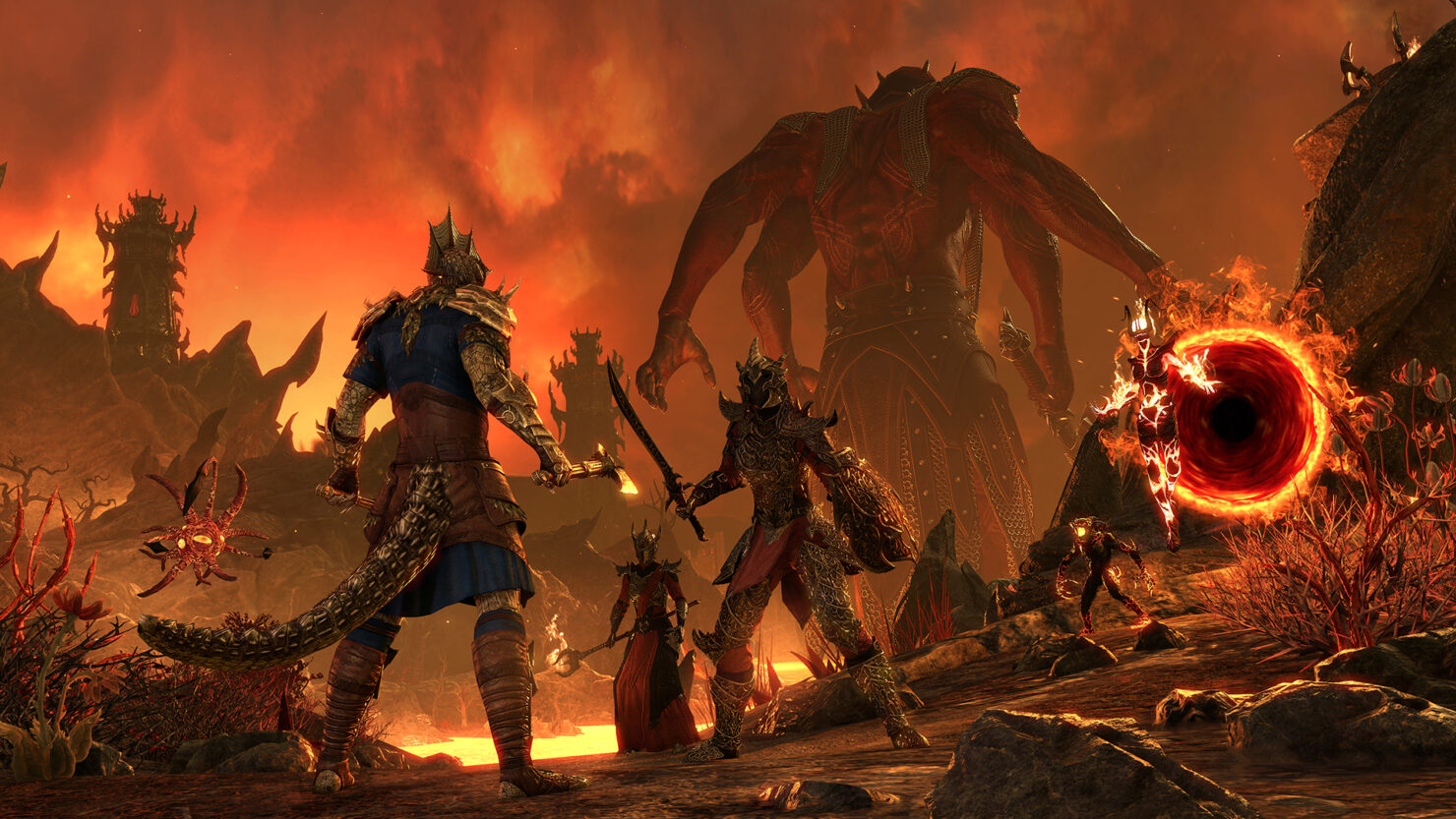 There are also friendship meters that when built up, can offer particular boosts to your stats. Building a rapport with each one adds to the personality of Blackwood, but it rarely effects how you play. Also, summoning your companion isn’t quite as simple as it could be, relying on you to jump into the menus and calling them from there. It’s worth noting that the companions can’t be used in multiplayer events like Dungeons. They are there more to offer aid during the single-player experience.

TESO is known for having some wonderful environments. Summerset was a beautiful island with vibrant vineyards and castles, whilst Greymoor featured snowy mountains inspired by the landscapes of Norway. Blackwood is filled with huge fields and marshlands, to detailed cities and the hellish Deadlands. The detail on offer is perhaps the best ever. Whilst Leyawiin is a dense and vibrant city, Gideon is equally wonderful. I mentioned it in the preview, but spending more time there makes it one of my favourite places in all of Tamriel. 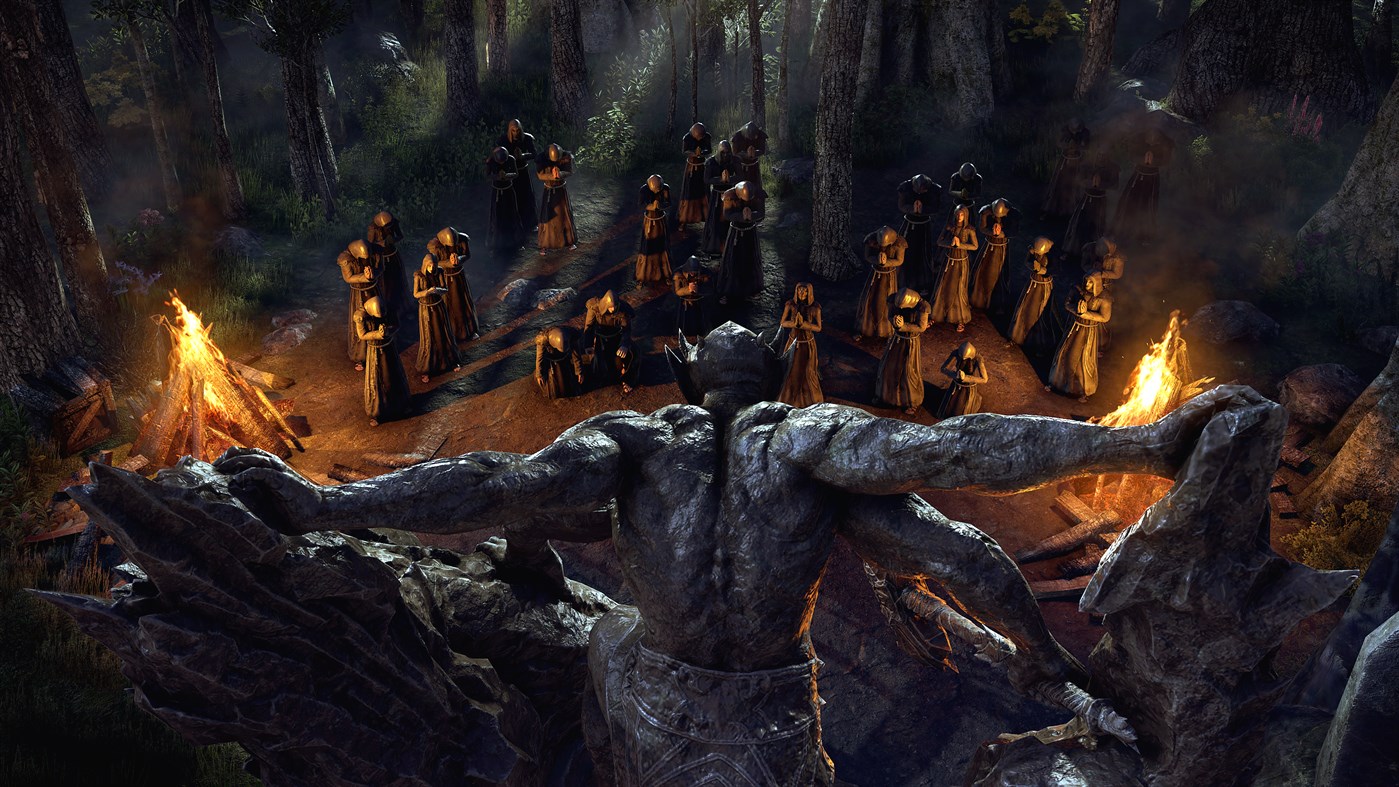 The soundtrack is once again a standout of the expansion. Brad Derrick has nailed the feel of Blackwood with a sweeping score for every location and story beat. Almost every facet of The Elder Scrolls Online: Blackwood feels fresh, especially with such a stunning score and beautiful design. Whilst the music to Summerset was perhaps my favourite, this one is a definite rival to the high elves homeland.

There are loads of cool Easter Eggs, great writing, and stuff to do that makes Blackwood a worthwhile expansion. Whilst its formula is similar to past expansions, having it closely tied to Oblivion will help make fans very happy. There are Skyshards to collect, World bosses to defeat, and new Dungeons that add to the value of Blackwood. Unfortunately, I’ve not managed to get into the Rockgrove Trial because it requires 12 players to complete. Hopefully one day I’ll get to see what it’s like, but even without experiencing Rockgrove for myself, Blackwood is well worth playing.

The Elder Scrolls Online: Blackwood is a dense expansion that delves into what made Oblivion so good, featuring a great story and more.