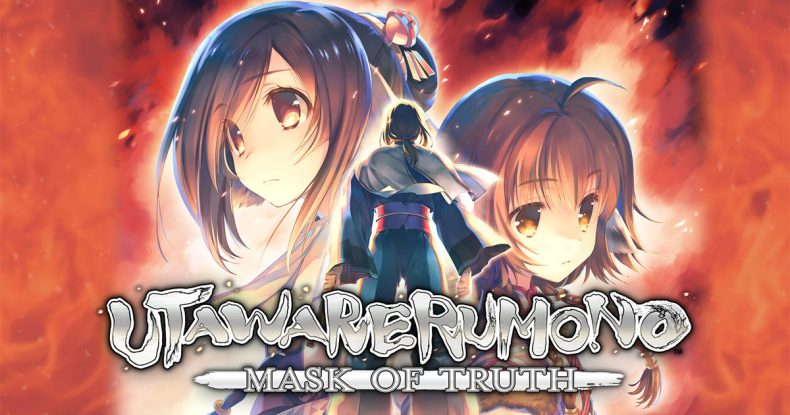 It feels like I’ve only been playing visual novels and Splatoon 2 recently. With Aksys’ otome output and Atlus letting the West experience Utawarerumono, the last few weeks have been interesting to say the least. Utawarerumono: Mask of Truth is the final part and a direct sequel to Mask of Deception. In fact if you haven’t played that yet, don’t even read anything about Mask of Truth. Aquaplus’ franchise is an amazing experience for anyone willing to take a chance on very long visual novels. I need to make it clear that both games are mostly visual novel with a few SRPG sections – and not the other way around.

One good thing about late localizations is that the wait between Mask of Deception and Mask of Truth is only a few months compared to a year in Japan. Mask of Truth is quite different when it comes to pacing. It feels like the team took some feedback to heart and made sure things progress steadily and not like Mask of Deception with the slow opening that builds up to a cliffhanger. The conclusion to the story is immense and Utawarerumono has become one of my favourite stories in games for sure. Being a direct sequel, it’s hard to say anything without spoiling the previous game. There’s a lot more exposition and development for the plot points that only were touched on last time. There’s a decent amount of SRPG battles giving you a breather from the great plot and expect to spend upwards of 70 hours at least depending on your reading speed. Seeing some characters that didn’t feel important in Deception grow into super interesting people here is very nice to see. My only complaint with the story is the false (haha yes I just did that) sense of choices. If there’s ever a choice, it just feels like the developers put one in to make you feel like your decisions matter. In the end, things will progress as intended regardless. The SRPG sections still have QTEs (slight changes to how they are implemented here), critical hits, ability unlocks, and more. Things aren’t too simple, either, in the Normal difficulty mode.

I’m constantly blown away by Aquaplus’ art direction. The attention to detail on clothing, facial expressions, and the eyes (this is worthy of its own mention) is fantastic. Again, the Vita version could’ve used some love in the SRPG sections. While they look very good on PS4, given this is the second game for Vita, I was hoping for an improvement. Both Utawarerumono visual novels on the Vita are some of the best looking visual novels out there during the novel sections.

While the opening song doesn’t resonate with me as much as Nuedori from Mask of Deception, I had a blast with the soundtrack. Aquaplus is one of the few Japanese developers to put their music up for purchase digitally and I went ahead and picked up the live concert as well. As much as I love Steins;Gate, Utawarerumono has it beat in the music for sure. Voice acting is top notch as expected as well and I feel like the delivery is as impactful as the voice acting in Yakuza 0. The Vita has a touchscreen and I enjoy reading visual novels on it because I can relax and just tap away at the screen to progress through dialogue. It is one of the reasons I dislike both PS4 and PC for visual novels. Mask of Truth still doesn’t let you progress dialogue by tapping and you’re forced to press Cross. I’ve got a workaround on PSP titles on the Vita since you can remap some buttons to the touchscreen but no way of doing this in Mask of Truth unfortunately.

If you managed getting to the end of Mask of Deception, you probably already have or are playing Mask of Truth right now. All the effort spent to complete the previous game pays off brilliantly here. Together, these two games make up one hell of an experience that will last over a 100 hours easy. The gripping narrative will have you on your toes throughout. I’m really glad Atlus took a chance on bringing this to English speaking countries.

A worthy conclusion and a fantastic follow up to Mask of Deception that is a must play for visual novel fans on Vita.

Utawarerumono – Mask of Truth gets a launch trailer

Utawarerumono: Mask of Deception gets a new character trailer

Utawarerumono: Mask of Deception releases on May 23