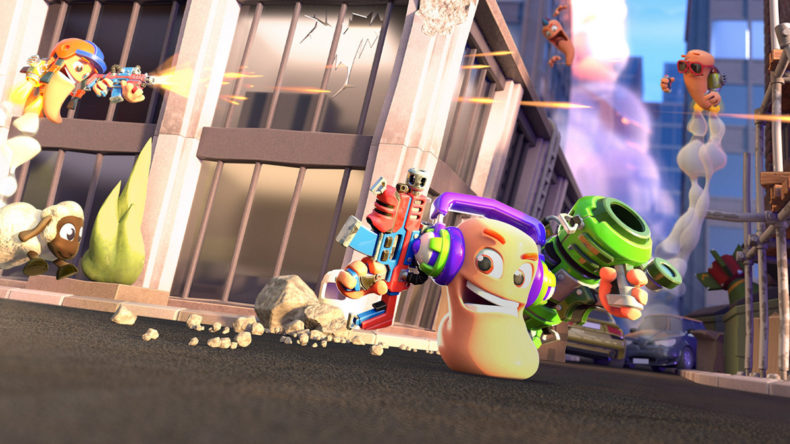 At first, Worms Rumble seemed very good. Jumping into a Deathmatch against 31 other people, I loved how quick the action was, and how entertaining the little fellas are. I can see a great amount of potential as the weeks and months roll on, but there are still plenty of things Team17 need to improve on to put this game in the same league as Fortnite, Call of Duty Warzone, or PUBG. Whilst it’s nothing like these shooters in its style, you still pick up plenty of weapons and try to eliminate others from the map. My main issue was the servers, as I joined countless matches only to have them crash on me as I was nearing the end of a match.

At present, there are three game modes in Worms Rumble. The standard Deathmatch sees you kill as many worms as possible before the timer runs out. Last Worm Standing and Last Squad Standing are the battle royale modes, and they work surprisingly well. The maps are layered, with different levels and areas that help and hinder you depending on where you are. You can climb through vents or elevators to drop down or climb up, work your way through a shopping mall, or avoid trains in an underground station. They are colourful and heavily detailed, meaning matches are kept feeling exciting and fresh thanks to the amount of different areas you’ll encounter.

The real-time action is chaotic. You can roll around to pick up speed, but stamina will reduce over time so you can’t keep using it. Certain items like the jet pack or grappling gun can give you an advantage from up high whilst also allowing you to fly up the map. You move with the left stick and fire with the right. There’re plenty of weapons to choose from, but many are far too overpowered. Using a shotgun or assault rifle deplete an enemy’s health like it normally would, but if you grab a bazooka or banana bomb, you’ll end up dominating. 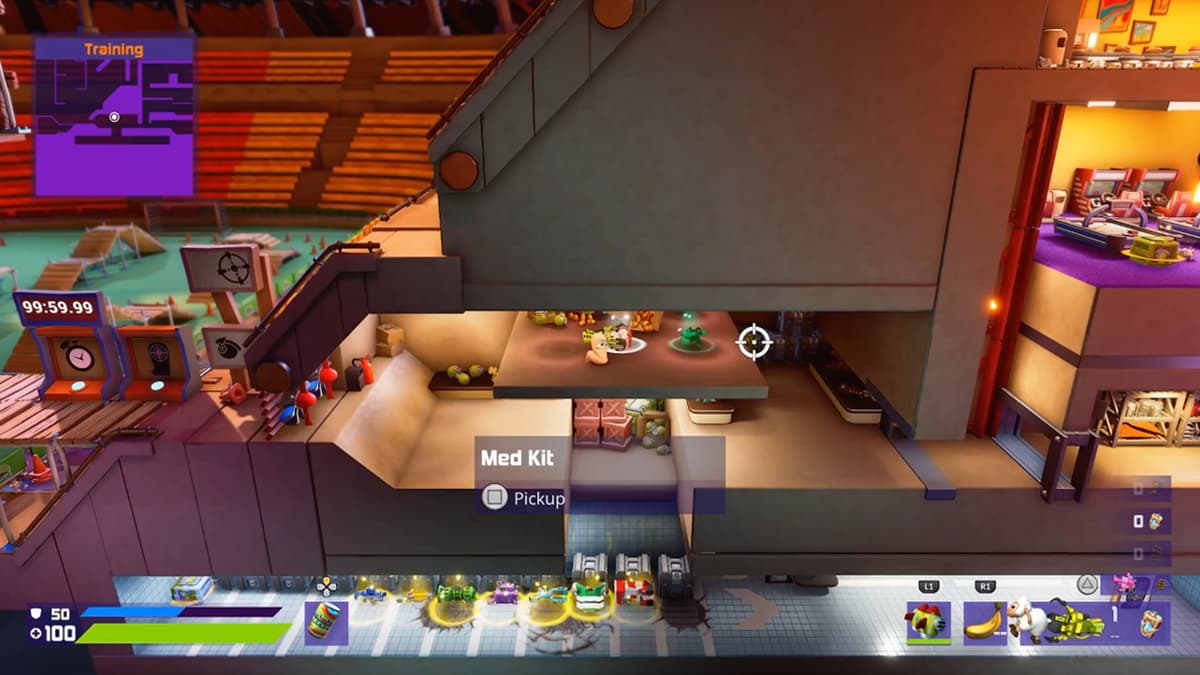 Chests can be found throughout the maps which hold all kinds of goodies, from weapons to med-kits and shields. Once you kill someone, their weapons are free for the taking, so you’ll always find some good weapons throughout the match. It’s just a shame that those with the buffed weapons will dominate. The balancing in Fortnite is so much smarter, and it rewards you for upgrading and searching chests in tougher areas. In Worms Rumble, everything is on offer all the time, so if you are a newcomer, or are unfamiliar with the maps, you’ll be dying a lot early on.

That’s not to say Worms Rumble isn’t a lot of fun. When you pair the movement with the use of your weapons, killing other worms can provide plenty of enjoyment. I never spawned right next to another enemy, and even though the combat is frantic, there were times I was able to catch my breath and spend a bit of time hunting for guns. I found that my health bar depleted incredibly fast at times, especially when facing someone with a decent weapon, but I think Worms Rumble is supposed to be fast as it is to allow quick respawns and plenty of explosions. 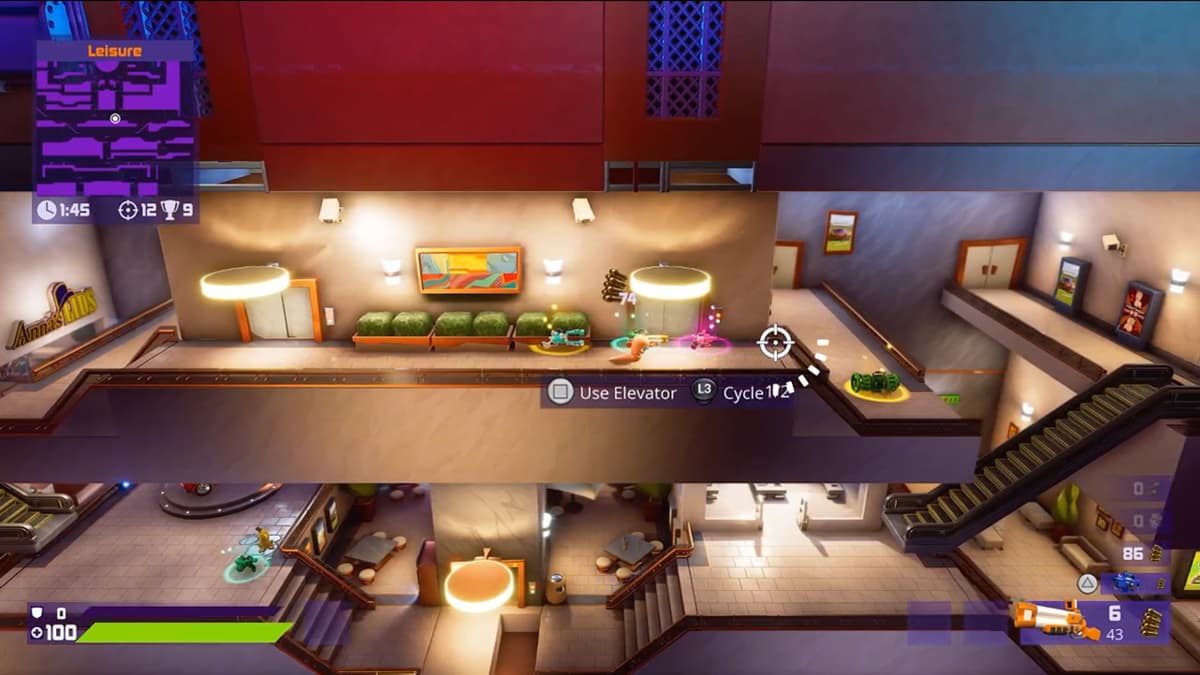 On top of the gameplay, there’re plenty of options to customise your worm. Gaining XP and levelling up earns you new gear, and you can spend in-game currency to buy yourself new cosmetics. You can also level up your weapons the more successful you are with them, giving you a reason to stick to your favourites. It’s a strong area of Worms Rumble that will see more improvement as time goes on, and I hope we’ll get to see some cool new stuff added.

There definitely needs to be an improvement on the servers, though. Many of my matches ended prematurely. Any progress I was making in the matches was gone as soon as that frustrating ‘server timeout’ message popped up. Having Cross Play is always a great addition when it comes to playing online, but it needs to be strong. So far, Worms Rumble has too many issues in this department, and it needs to be better if more people are expected to play.

As much as I liked playing Worms Rumble, the server issues and overpowered weapons need addressing or people will fall off it very quickly. I enjoyed the camaraderie of the worms and their delightful British accents, and when I got to finish a game, I liked how Team17 is focussing on levelling up your worm. As these issues are fixed, I’d like to think more people will be willing to give Worms Rumble a go.

Worms Rumble is fun at times, but with server issues and some weapons being overpowered, there are problems that need addressing or else people will fall off it too quickly.