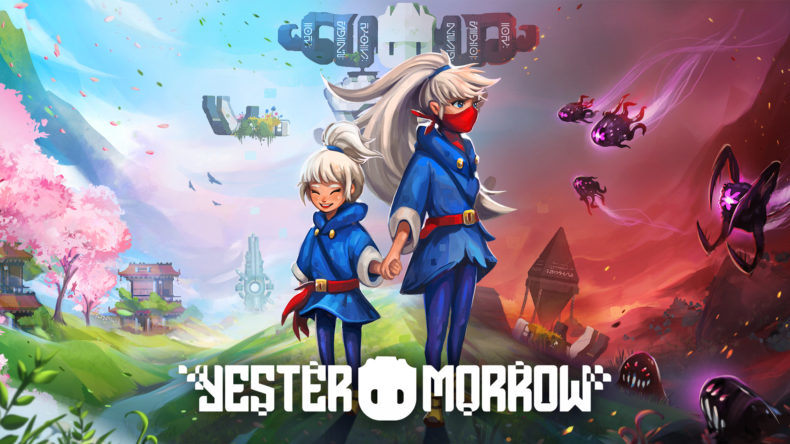 When reviewing a video game, I find it utterly tragic when technical issues detract from an otherwise positive experience. The worse offender is often the framerate, with noticeable dips often distracting or even disrupting the gameplay. In some genres even severe drops in framerate aren’t as important, especially if there’s a focus on narrative. But in a platform game like Yestermorrow where you need to input precise commands to dodge hazards, these technical issues can really ruin your enjoyment.

In Yestermorrow you play as Yui, a young girl who’s world destroyed and plunged into darkness by the evil Shadows. After losing her family and home, Yui discovers that she has the power to travel back in time to before the monsters attack at altars dotted about the land. With this and the power over the Everlight guiding her, she sets out on a quest to restore her home to its former glory and save everyone she holds dear. 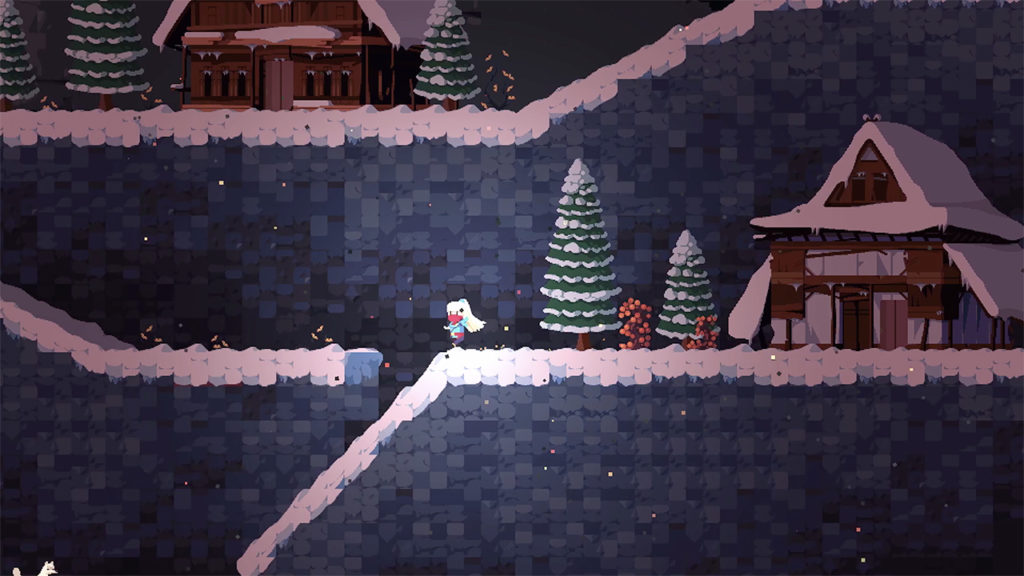 Yestermorrow starts off at a slow pace, with very little in the way of platforming as you explore your village in the calm before the storm. It doesn’t take too long for tragedy to strike, and once the world is in tatters you’ll soon be tasked with navigating the ruins of your once peaceful homestead. Yui begins with only the ability to jump, roll and wall jump, having to avoid the wildlife infected by her aggressive oppressors until her powers are awakened by a slumbering god.

The power of the Everlight grants Yui a handful of abilities as you progress through the game. The first  you receive is the ability to power machines, enabling platforms to move up and down and doors to open. After that there are a bunch of unlocks to help you on your time travelling quest, from the offensive ability to throw light bombs at your enemies, to the humble double jump.

Although it isn’t a new concept in gaming, travelling between two time periods is still an interesting aspect of Yestermorrow. Swapping from a ruined temple to a gorgeous feat of architecture really makes the world come alive, and using this mechanic to get past cave ins and flowing water is always satisfying. The time travel also affects the story as you might expect, with Yui discovering her family were hiding things from her that could have changed the outcome of the Shadow’s attack. 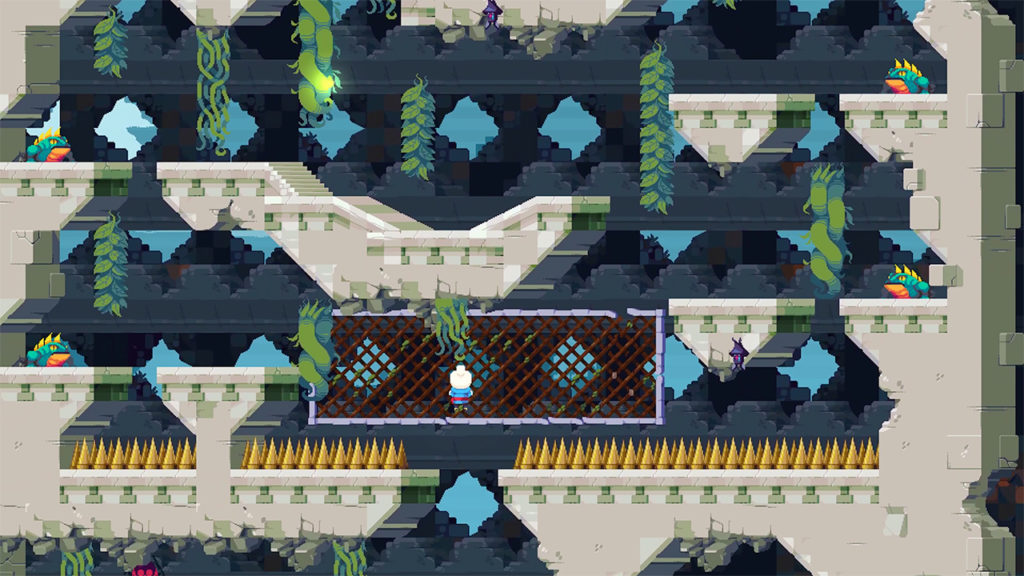 As if the regular Shadows weren’t dangerous enough, Yestermorrow features some large scale boss fights. These screen filling terrors have very specific strategies you’ll need to employ to defeat them. Maybe you’ll need to find a way to throw a bomb at a weak point, or press a switch at the correct time. These epic fights were my favourite part of the game. When you finally learn the pattern of an intimidating boss and finish them off with just one heart left, it feels like a real victory.

If you find yourself needing more health to take on a particularly tough selection of Shadows, it may be worth exploring nearby areas for secrets. There are hard to reach nooks and crannies all over Yestermorrow, packed full of heart pieces and lore. Three heart pieces give you the ability to take an extra hit, and are an absolute must to give Yui some more survivability. If you’re into the story, even collectable piece of lore gives you a lot of information about the people living in this world of conflict. These walls of text were a little to dense for my liking, but the narrative is enjoyable enough whether you read them or not.

One of the most striking aspects of Yestermorrow is its visuals. The colourful environments are absolutely breath-taking, with even bleak and ruined areas dripping in tragic beauty. The characters and enemies are animated to perfection; the Shadows move with an otherworldly aggression, and friendly critters have an undeniable charm. 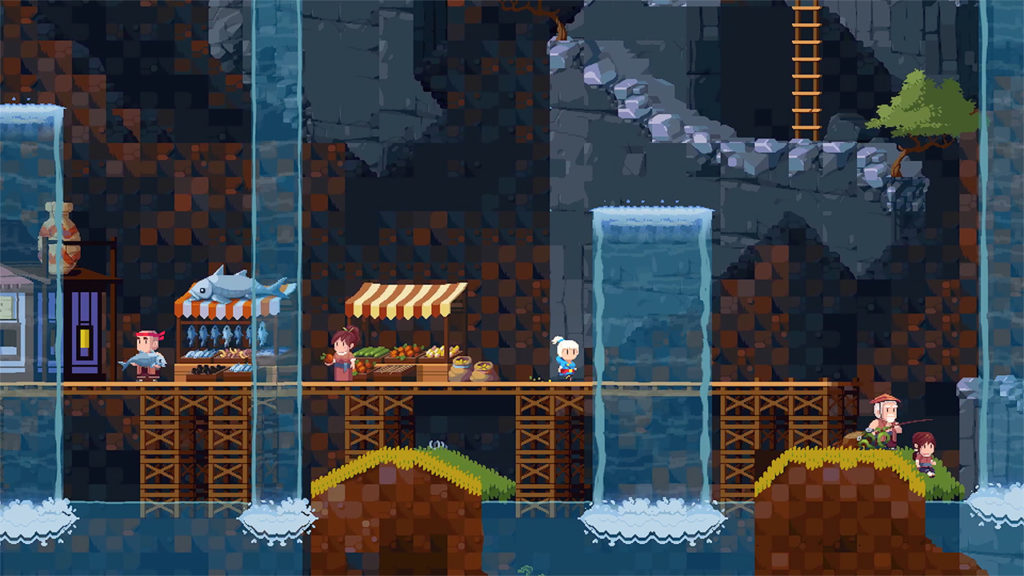 As much as I wanted to enjoy all of the positive aspects of Yestermorrow, they are all tainted by the awful framerate issues. The game stutters and slows down almost constantly, and it’s more than just off-putting to look at. I missed countless jumps as huge frame drops meant I went careering into spikes before my input was registered. I found it physically hard to play, and alongside framerate issues I also found some areas that flashed large black and white shapes across the screen in a strobe like fashion. If you have any photosensitivity or a history of epilepsy I strongly recommend that you don’t play this game.

Yestermorrow has a lot of promise, but its technical issues render it almost unplayable. These diabolical frame drops may not be present outside of the Switch version of the game, but on the handheld console it is simply tough to play.

It has beautiful visuals and interesting gameplay, but Yestermorrow's frame drops and visual glitches make it incredibly hard to play on the Switch.