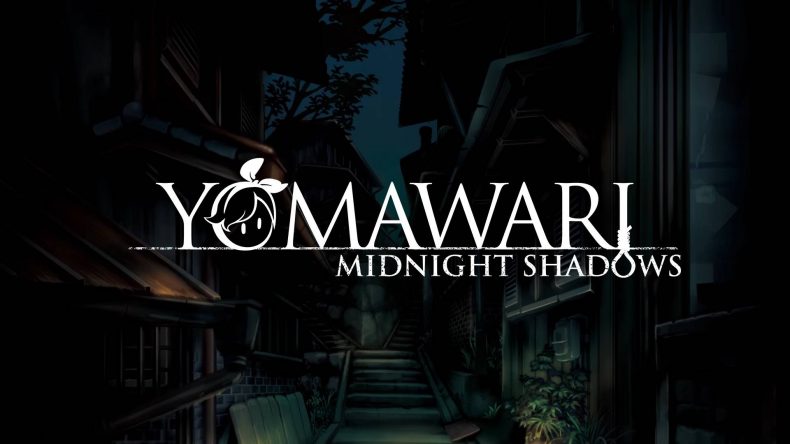 This year has been fantastic for horror fans with the likes of Resident Evil VII and The Evil Within 2. NIS is back with another survival horror game from their new Yomawari franchise and this release has hit PS4 in addition to PS Vita and Steam. Yomawari: Midnight Shadows (Shin Yomawari in Japan) is a bigger and mostly better experience with a few annoyances.

As with Yomawari: Night Alone, Midnight Shadows starts off with quite the traumatic scene. While it begins with an innocent trip to the mountains to watch the fireworks festival, Yui and Haru get separated. While you’re introduced to the controls here, there’s a scene involving a noose right from the get go. This is Yomawari. Night Alone will definitely be one of the scariest games you play and the sequel while not requiring any knowledge of Night Alone, will basically destroy you the more you play. The town here is much larger and there have been a few quality of life improvements to checkpoints and saving making them not as annoying as in Night Alone. The setting here being a rural town involves a lot of trees and dense forests. This is an isometric game for the most part. There are some 2D exploration segments but it is basically an isometric survival horror game. Your flashlight is basically your only friend in the night and the team at NIS went the extra mile this time with their horror design. The monsters are horrific and pretty damn grotesque in some cases. There still is a stamina bar at the bottom of the screen that drains as you try and run. The moment the atmospheric music switches to the heartbeat sound, things are going to get bad very quickly. There’s a lot of trial and error with learning enemy patterns and exploring. You also solve a few small puzzles through interacting with objects in the environment.Your aim is to run away or hide from enemies because death is instant and you will die a lot.

When a game does well, sequels usually have a higher budget and that is pretty evident here. The environments are gorgeous. The tonal difference between the chibi nature of the character design for the girls and the dark overall feel with various monsters coupled with the fantastic audio design makes for an unforgettable experience. The 2D sections in particular have a lovely parallax effect in the environment and the colour choices are very good. A lot of the screenshots you take will be wallpaper worthy and Midnight Shadows looks great on both PS4 and PS Vita. I love the hand-drawn feel and chalk writing style that is seen through dialogue boxes and the UI. While I do enjoy discussing music in games, the discussion here will be about the audio design and how great it is. Playing this with a good pair of headphones and with the lights either turned off or your eyes glued to the screen is how you should play this. They’ve done an amazing job with the atmospheric sounds here.

Jump scares aren’t something new in horror games. I’m not a fan of overdoing a single mechanic and there are far too many jump scares here to the point where things feel a bit cheap at times. These result in far too many cheap deaths forcing you to replay sections.

Yomawari: Midnight Shadows is a very good survival horror game and a great complement to The Evil Within 2 this month. I like that the team took a lot of the feedback from the first game to heart to make this one longer and fix some of the gripes many people had with Night Alone. I’m also looking forward to NIS’ next small project like this. 2017 is definitely a year horror fans will remember fondly.

Yomawari: Midnight Shadows is a worthy successor to one of my favourite horror games and an unforgettable experience that is marred with a few annoyances.

Yomawari: Midnight Shadows will release in Europe this Fall