Nights of Azure 2: Bride of the New Moon Switch Review 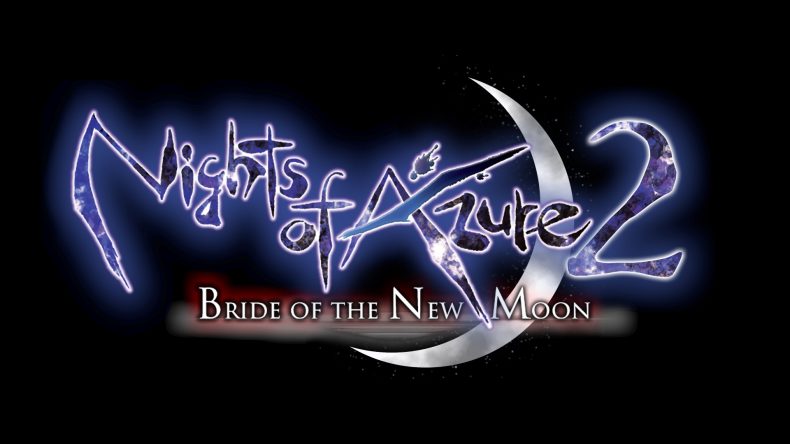 The original Nights of Azure is a flawed game but one I enjoyed enough to buy multiple times across all platforms. The setting, art, and music are all fantastic and it gave me hope for a possible sequel. Since I own the import Vita version, I see how terrible the port was and why it wasn’t released in English. When Nights of Azure 2 was announced for a localization with a Switch version, I was excited to play it not just because I was hopeful for issues to be fixed but also because Gust games will always be handheld first experiences for me given how I got into their games. Having played this on the Switch and PS4, it is evident the conversion from PS4 to Switch has not been good.

This year will see Gust release 3 games (In Japan) under Koei Tecmo and it is evident that they are not capable of handling so many releases at once. In fact Blue Reflection feels like a fluke given how they have been disappointing me since Atelier Firis. While there are references to the previous entry and some familiar faces, Nights of Azure 2: Bride of the New Moon can absolutely be played on its own and this is important for Switch owners because as of now it doesn’t look like Koei Tecmo is interested in getting the old game onto Nintendo’s handheld. While there are some parallels in the narrative and plot here, Gust had some interesting ideas for the story. You play as Aluche who is an agent in the Curia. Aluche meets Liliana within moments of the opening and you get introduced to the basics of combat here. Liliana is chosen as a sacrifice to the Moon queen and Ruenheid soon meets up with both of them. Aluche ends up getting stabbed and finally wakes up as a half demon after being experimented on by Camilla. There is a Lily system here that complements the Servans. You can now only use two Servans at one time but have a Lily in battle with you. Lilies are your partners for the battle and each one has their own stats and abilities.

Compared to the first game, combat is a bit stiff here. There are changes to mechanics and the rhythm you need to find of a Lily with two Servans is nice. This makes various combinations possible and most of them feel nice and different. I just wish the overall combat felt good. It feels like a step back from Nights of Azure and given this is Gust’s second action RPG, I expected better not worse. Aluche uses blood to level up and has Lilies growing through use in combat resulting in some special events. Servan growth on the other hand can be done multiple times once the level cap is reached based on the Servan in question. I usually have good things to say about the visuals in Gust games but for this release even some of the character designs feel lazy. Aluche in particular doesn’t hold a candle to Arnice. Environments aren’t varied enough and the overall theme isn’t as consistent as the first game. I loved the visual direction there with lighting and heavy use of blues. This is even more disappointing when you consider how it runs on the Switch.

While Nights of Azure was mostly great on the PS4 with a few performance issues, the sequel has a fair few issues on the base PS4. The frame rate isn’t really consistent and it has a few stutters during chaotic scenes. The lighting and cutscene direction have improved but a game that looks like this shouldn’t have performance issues. The Nintendo Switch version is quite the lazy port. It isn’t as terrible as Dragon Quest Heroes (Japan) but definitely feels like a hybrid between the Vita version and PS4 version. Some lighting effects are straight up missing and it looks pretty bad when docked when it comes to textures. Performance isn’t consistent and combat feels even worse thanks to this. Even basic things like the Gust and Koei Tecmo logos are low resolution. The other problem I had with the Switch release is how it handles buttons. Instead of using the A for advance and B for return as is the case with Switch games, the developers opted for a system that matches the PS4 release with B (that is in the position of X on the controller) to advance. This has issues because some parts of the interface have you pressing A to advance into something and then B to advance. This may seem like a minor issue but it just shows how little effort was put into the platform for Gust’s debut here.

As with the non Atelier Gust games, Nights of Azure 2 has only Japanese voice acting. It is very good throughout and I wish I could say the same thing for the music. This maybe the first Gust game where I don’t listen to the soundtrack outside the game. It feels generic and is nowhere near as good as the first one. This sort of applies to a lot of aspects of Nights of Azure 2 which is again disappointing given it has been delayed before in Japan.

If you aren’t familiar with Gust games at all, give one of the earlier Atelier games a shot or even Blue Reflection. Nights of Azure 2 is not the best place to get into their games and the Switch port is not good. If you only own a Switch and want to sample a Gust release, go in with expectations in check. The release day is definitely not helping as well. I just hope the Atelier release for Switch coming early next year has more care put into not just the port but also the game itself.

Nights of Azure 2 on Nintendo Switch is a lazy port with loads of visual and performance issues and a downgrade compared to the first one in every aspect.

You may also like
nights of azure 2: bride of the new moon

Nights of Azure 2: Bride of the New Moon gets a new trailer with preorder bonuses detailed

Nights of Azure 2: Bride of the New Moon heads to Europe this October