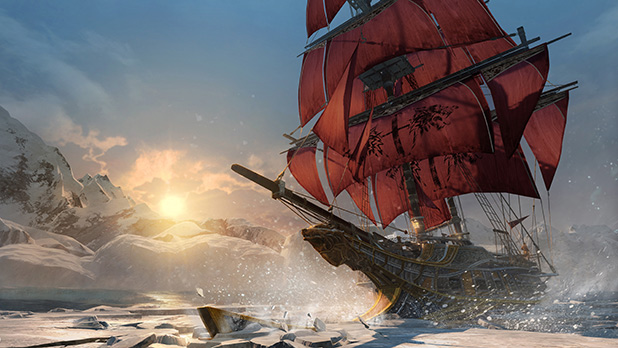 The setting is North American and the Atlantic, with the excellent naval combat from Black Flag returning.

Developed primarily by Ubisoft Sofia, Rogue will release on November 11th. You can check out the trailer – complete with dreadful voice acting – below.

You can find me on Twitter and PSN as MacShanks, and feel free to hit me up if you have any questions, queries or feedback!
MORE LIKE THIS
Assassin's Creed RogueLast-genUbisoft