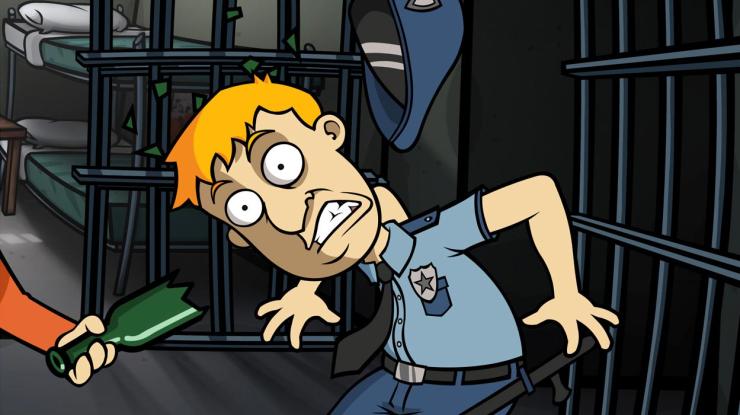 If you haven’t heard of Randal’s Monday, then shame on you, because (and you can see it below) Colm recently did a let’s play of the game, based on a preview build.

Anyway, today, Daedalic and Nexus Game Studios have announced that Jason Mewes is joining the cast, making a cameo as himself from the movie universe they (he and Jeff Anderson) are both famous for.

Only recently, Nexus Game Studios and Daedalic could announce that “Clerks” star Jeff Anderson is going to voice-act for the game’s protagonist, Randal. “We are over the moon now also having Jason on board”, explains Nexus Game Studios Lead Producer Enric Costa: “It’s a real dream coming true. Our homage to ‘Clerks’ and classic adventure games now gets support not only from one big star of the American Independent Cinema, but from two. That’s more than we ever hoped for”, he continued.

Here’s that let’s play, then:

Editor-in-Chief here at GodisaGeek, I organise almost every bit of content as well as running our weekly Podcast, and being the lead producer on our YouTube Channel. That means I'm very busy and sometimes grumpy. Yay!
MORE LIKE THIS
Daedalic EntertainmentNexus Game StudiosRandal's Monday

Randal’s Monday is out now, here’s the Launch Trailer