The F2P MOBA Bubble Burst for Scott Brown, but he’s Coming Back Fighting 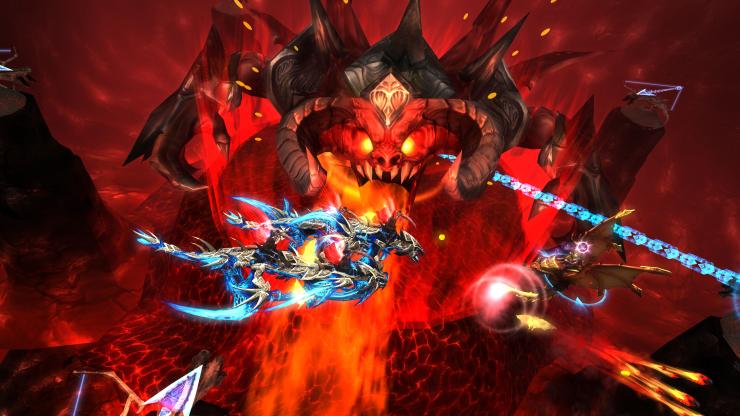 Within two weeks of launching, The International 4’s Compendium had made over $18,000,000. By the time the event wrapped up that number was closer to $35,000,000. All that for what PC Gamer’s Chris Thursten describes as “internet magic computer books”.

Both Dota 2 and League of Legends are raking in shed loads of cash every day, yet are totally free to play. Many of the millions of users never drop a penny on either game, and then there are others (like me) who have spent over $120 on Dota 2 in just over a year. Obviously this success hasn’t gone unnoticed, and now many other developers are joining in on the free to play MOBA party.

Dragons and Titans is a free to play MOBA from Wyrmbyte that launched earlier this year. The title initially offered up numerous in-game items for sale as micro-transactions, in a similar style to Dota 2. Recently, the Titan Pass was launched, giving owners access to every in-game item and any that will be released in the future, all for $20. To find out more about the switch of business models we spoke to Scott Brown, founder of Wyrmbyte, who likes to keep his ketchup in the fridge – which, depending on your feelings, is either a great or terrible thing. Dragons and Titans didn’t receive the best set of launch reviews, it’s currently sat at a 43 on Metacritic, but Scott thinks the original micro transaction system may have been a factor in the lower scores. “I know that some people said they scored us down for the game feeling like it was trying to over Micro-transaction the users.”

A few of the reviews criticized some of the in-game items, saying that they gave paying players an advantage over those who played for free. Scott doesn’t seem to agree, “I don’t really think it gave users any advantage as everything you could purchase that gave you a statistical advantage was something that could be earned for free as well. But if people felt the game was giving advantage to paying players then to them it was, no matter what we thought.”

However, Scott seems confident that the Titan Pass will solve these issues. “Now hopefully it’s obvious that there is no gameplay advantage to people who purchase the Titan Pass.” He even thinks the Titan Pass might have resulted in better scores had it been present at launch. “It might have helped, as I know some of the reviewers felt the game was too often putting reasons to purchase in your face.” One of the most interesting aspects for me is why they decided to make the change now and not launch with the Titan Pass. “It was not considered pre-launch. It was really the result of us just talking about how we would want to pay for the game. As a team we talked about what would we most want as players. From there we debated on the price, time it would last, etc, until we came to the current Titan Pass specifics.”

Switching the business model would have surely irritated those who had previously paid money for items included in the new Titan Pass, but this doesn’t seem to be the case. “We have not seen that reaction. Those players purchased things that now can only be earned through crystal, and we give a huge pack of extra content to anyone who had paid previously as well.” Almost every other free to play MOBA has found success with the more traditional sales model, Scott explained why it didn’t quite work for Dragons and Titans. “I think its difficult for a game with a smaller user base to use the micro-transaction model. Since paying players are only a small percentage of your total player base, it’s hard to create a successful business at our player numbers. However, if only a slightly larger percentage of players all purchase a Titan Pass this becomes something that can work for us to continue building content for a long time.”

It seems as though the Titan Pass has ushered in a new age for Dragons and Titans, and so far has only been a good thing. The future of the game also looks bright. “We are going to be releasing Dragons and Titans on a number of other platforms, and we will continue to add more content to the game for a long time. We are already working on lots of new features like weekly tournaments and clans/guilds as well as additional dragons, weapons, skins and maps. We would like to try and get eSports connections working for the game.” Although Scott did note that they haven’t decided if the Titan Pass will appear on other platforms yet.

“Dragons and Titans is a game we have really put so much into and we really enjoy playing so we will continue adding until we are out of ideas.”

eSports! I joined God is a Geek all the way back in September 2013 and since then have spent most of my time on Dota 2, and occasionally posting the odd review, news article or totally wrong predictions for The International. When I am not playing Dota I can probably be seen watching some kind of strange eSport or begging for more Twitter followers (@MikeStubbsy if you are interested). Aside from GiaG I am a computing student, football coach and major Apple fanboy.
MORE LIKE THIS
F2Pfree-to-playMOBA