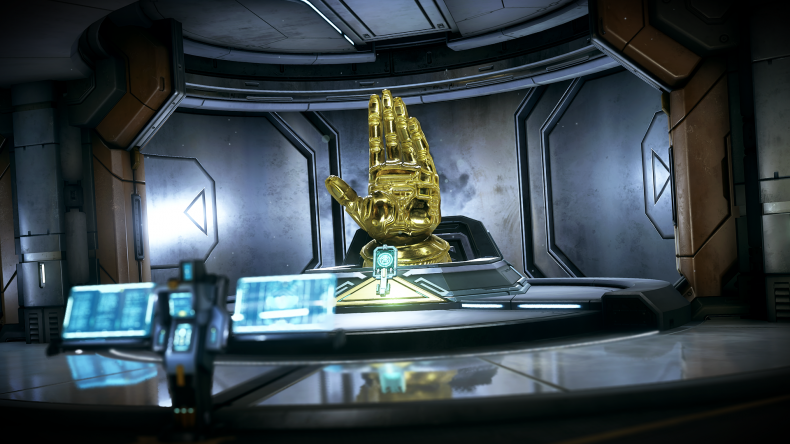 Warframe has gone through quite the transition since its launch back in 2013, and the latest update coming to PC this week is a blast from the past.

Developer Digital Extremes has re-imagined the Corpus faction’s levels in The Deadlock Protocol. The re-imagining will introduce the Corpus Faction’s dramatic origin story through re-crafted environments that integrate iconic new visuals and gameplay elements to reinforce the cult’s rise to power.

Challenges will await players in the form of the renewed Jackal boss, with a fight sequence that extends across multiple levels. A new spendable currency called Granum Crowns will be introduced as well to bring a variety of gameplay options, including being transported to a new Corpus nether-realm. Additionally, nearly every wall, corridor, and room supports parkour mobility.

The 43rd Warframe will also be introduced. Protea has an array of offensive and defensive grenades, drones and turrets that bring a battle tactician’s edge to the fight. Players can investigate her origin story as the former Corpus head bodyguard in her own unique quest. There is also new Corpus armour set and primary rifle.

For more information you can visit the Warframe official site.

The Deadlock Protocol is free and will arrive first on PC, with updates on PlayStation 4, Xbox One and Nintendo Switch planned for a later date.

Likes to shoot stuff and wear pretty shoes. Is a BEAST at Titanfall.
MORE LIKE THIS
Digital ExtremesF2Pfree-to-playWarframe