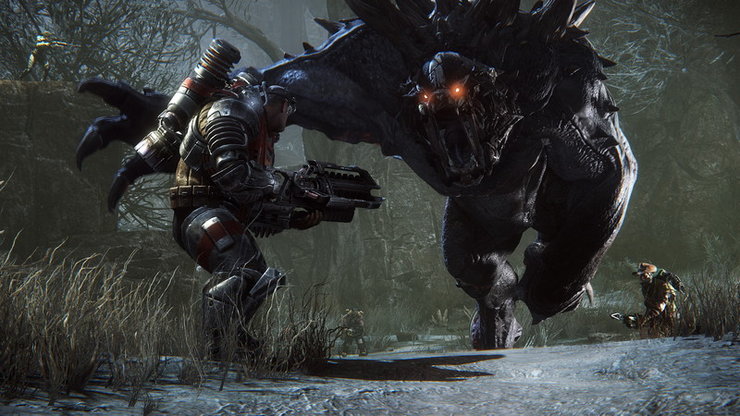 The Evolve open beta is coming exclusively to Xbox One early next year.

Turtle Rock has also announced the third playable monster, the Wraith, a small, terrifying, stealthy assassin that is quick in her movements and has two exceptionally long blades to deal damage up close. While they have the least health of Evolve’s monsters, it’s more than made up by the extra agility.

Turtle Rock has also revealed that the entire game can be played offline, as either the hunters or the monsters.

You can find me on Twitter and PSN as MacShanks, and feel free to hit me up if you have any questions, queries or feedback!
MORE LIKE THIS
2kBetaEvolveTurtle Rock Studios