Game of the Year #10 – Wolfenstein: The New Order 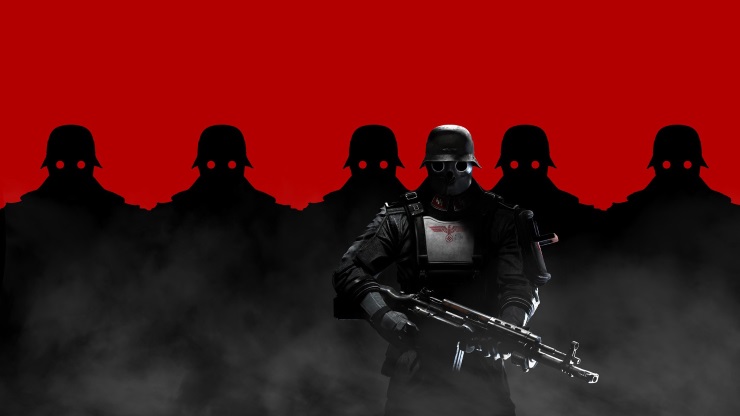 It’s always nice when something exceeds your expectations. While expectations weren’t particularly high to begin with for MachineGames’ Wolfenstein: The New Order, the alternate history sequel cleared the bar with considerable room to spare.

The focus on campaign over a shoe-horned multiplayer that would have only been compared to the unbeatable triumvirate of Battlefield, Call of Duty and Halo meant that MachineGames were able to produce a purer experience, a powerhouse campaign with two separate (albeit very similar) narratives to play through. A horrific choice at the climax of the opening mission is a statement that The New Order isn’t messing around, and from then on, the story of William “BJ” Blazkowicz is a rollercoaster of violence, machismo and, surprisingly, emotion. You don’t expect to become attached to BJ and his beleaguered allies, but you do. The central character himself is a triumph, a learned slayer of men with a poetic bent that belies his overbearing physical appearance and penchant for Nazi murder. BJ waxes lyrical during his brief moments of tortured reflection, a clever hook inserted by MachineGames that attaches you to the character. There’s a good chance even the writers didn’t know how likeable they were making their protagonist, especially as on the surface he should be a hard guy to root for whole-heartedly.

But Wolfenstein: The New Order is no social commentary or award-winning work of literature; it’s not the greatest script ever written or the most original story – it’s a shooter, first and foremost, a soldier not a scholar. As such, thankfully, it excels. Straddling the fence between new and old-school conventions, The New Order mixes frantic, impactful, cover-reliant gunplay with ageing tropes like body armour pick-ups and medkits, and as a result it delivers fun in spades. It never forgets it’s a game, but doesn’t bludgeon you over the head with the fact either. The pacing is spot on, interspersing engaging, challenging missions with jaunts around the headquarters of the dwindling resistance, where you can listen to the fears of your fellow fighters, learn about them, help them out. It’s arguably filler, but it’s also mostly optional. The missions themselves vary greatly, from storming a lethal, bullet-hell beach to space-walking on a moonbase and breaking out of a PoW camp with a repurposed mech – Wolfenstein delivers action in spades and never lets up.

What makes Wolfenstein: The New Order stand out, above all, is the overall sheen of quality. It looks beautiful on the new console hardware, and the voice work makes an above-average script sound great alongside searing explosions and cacophonous gunfire. From a balls-out opening salvo to a powerful ending that carries more dramatic weight you’d expect, it’s a powerhouse shooter and one of the best games of 2014.

Read our original review of Wolfenstein: The New Order.

Features, Game of the Year 2014, Opinion
MachineGamesWolfenstein The New Order

Senior Content Editor Mick has been playing games for over 30 years and writing about them for around 12. After drifting from site to site for a while, settling briefly at the now-defunct Made2Game and freelancing for the gone-but-not-forgotten NintendoGamer Magazine, he came at last to rest at Godisageek. Mick has been a reviewer, staff writer and content editor here for some time, while also moonlighting a little for Red Bull Games. He has 4 kids, has written 2 novels, and sometimes even manages to pay a bill or two. You'll usually find him defending the galaxy in Destiny 2, battling evil in Diablo 3, or lurking in the background on Twitter. Find him there @Jedi_Beats_Tank, or on XBL (JediWaster247), PSN (Jedi_Waster) or Nintendo (JediWaster).
MORE LIKE THIS
MachineGamesWolfenstein The New Order

See Wolfenstein: The Old Blood in Action, in this Video