Game of the Year #7 – Transistor 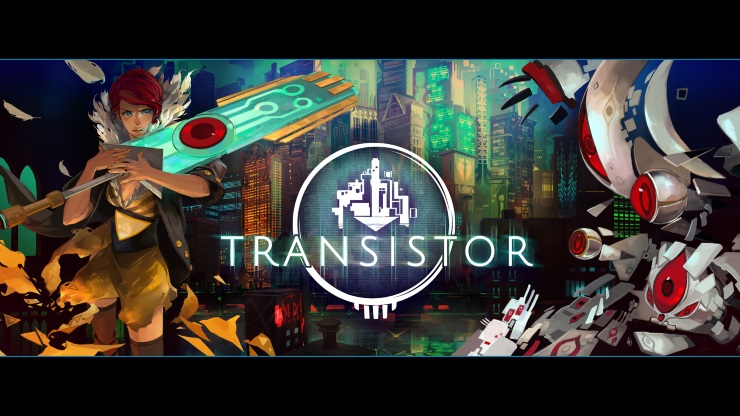 “Unique” is a word that developers and publishers love to use in their pitches for new games, especially brand new IPs. There are so many games out there that you have to plumb the very depths of human imagination to find something that hasn’t been done before. But SuperGiant Games have a knack for it. Their hit Bastion captured the attention and enraptured the hearts of gamers everywhere with its tale of a heroic young boy struggling to save a collapsing world, so much so that few believed they would ever top it.

Rising to the challenge, they released Transistor earlier this year, a game with a similar design to Bastion but an utterly unique execution. Part tactical strategy, part RPG – Transistor tells the story of Red, a lounge singer in a futuristic world who comes to possess the titular Transistor, a sentient Greatsword with which she was almost assassinated. The man who gave his life to save her becomes part of the blade – as well as the narrator – and guides Red through a decaying world under attack from “the Process”, an army of ruthless robots who are assimilating the city of Cloudbank. Oh, and the Transistor also has Red’s gorgeous singing voice trapped inside it, too. You control Red through an isometric world of neon lights and electric seams, as she runs along dragging the huge sword behind her, kicking up sparks that glitter against the broken darkness. It’s a stunningly beautiful game at times, using bold colours to create an atmosphere that evokes both a 50s style noir and a neon-shot future a la Blade Runner. The sound design is peerless; Ashley Lynn Barret’s hauntingly beautiful vocals (also heard in Bastion) have the ability to truly captivate the listener, and Red’s voice, issuing from within the Transistor, is simply heart-melting.

Music and sound can only carry a game like Transistor so far, of course, but luckily the gameplay here is just as fresh and exciting. Red levels up with XP earned from every fight with the Process, while learning new techniques from various boss battles. These levels bring with them new techniques that can be applied to the face buttons, including simple attacks, a spread of explosives, a darting move that damages all enemies in its path and a powerful swing that hurts anything standing too close. Cleverly, each ability that isn’t mapped to a button can be used as a booster for an equipped technique. For example, Red has a power that can draw energy from the Process and heal her; if you apply it to, say, the darting strike, Red will heal every time you activate that move. Combat can be taken care of in real time, but Transistor employs a wonderful tactical mechanic, whereby hitting the right trigger will enter “Turn”, pausing the game and allowing you to stack attacks until the Turn meter is depleted. Hitting the trigger again will then unfreeze time, and Red will zip around the battlefield in accordance with your assignations. It’s ridiculously satisfying every single time, and as you unlock more and more abilities the combinations get cooler and cooler.

Ultimately, Transistor is a story-driven game and, while the plot won’t make a lot of sense initially, the narrative pacing is perfect, revealing a little more backstory each time, keeping you hooked with the mystery of the personality trapped in the sword and what the shadowy organisation behind the crisis wants with Red. The fantastic, almost seductive art style accentuates the story and gameplay perfectly, and by the time you reach the bittersweet conclusion you’ll want to go right back and play it through again – and what’s more, Transistor is a game that will stay with you. Unlike so may pretenders to the category, Supergiant Games’ stunning adventure is truly unique.

Read our original review of Transistor.

Senior Content Editor Mick has been playing games for over 30 years and writing about them for around 12. After drifting from site to site for a while, settling briefly at the now-defunct Made2Game and freelancing for the gone-but-not-forgotten NintendoGamer Magazine, he came at last to rest at Godisageek. Mick has been a reviewer, staff writer and content editor here for some time, while also moonlighting a little for Red Bull Games. He has 4 kids, has written 2 novels, and sometimes even manages to pay a bill or two. You'll usually find him defending the galaxy in Destiny 2, battling evil in Diablo 3, or lurking in the background on Twitter. Find him there @Jedi_Beats_Tank, or on XBL (JediWaster247), PSN (Jedi_Waster) or Nintendo (JediWaster).
MORE LIKE THIS
Supergiant GamesTransistor