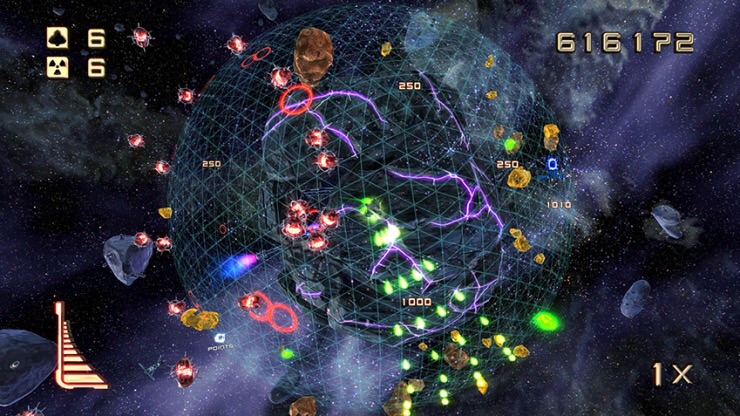 Before there was Resogun there was Super Stardust. Many people considered this to be THE game to own a PS3 for in the early days. Now, Housemarque’s game is going to make its way to PS4 developed by D3T and Sony XDEV.

Aside from the token visual upgrade PS4 players will also get a vast array of planets and 9 different play modes. D3T will also include a feature that is fast becoming a trademark of Housemarque games, gameplay streaming. Not quite as simple as that though, people watching your stream will be able to change up your gameplay, making it much harder for you.

No release date as yet, but expect it next year.

A lover, not a fighter and an all round good guy (he would say that, he wrote this after all), he's happy to be here as part of GIAG.
MORE LIKE THIS
PS4Super StardustSuper Stardust Ultra