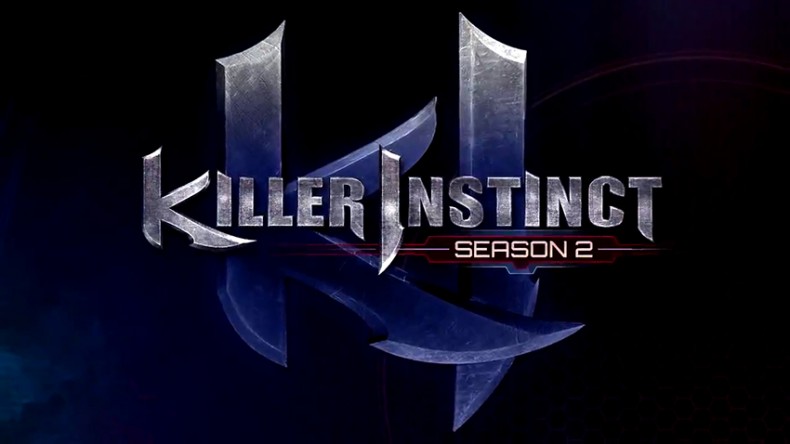 A text update on the Killer Instinct Forums has revealed that the Season 2 Bonus Character, Omen, will be released later this month.

Omen is the ‘Herald of Gargos’, baddie of Killer Instinct’s past, that used to live inside Jago. Omen is now free and doing his own thing as a unique character.

If you ask me? This sounds like an Akuma situation in so far as Omen will be a twist on the Shoto playstyle. We know that Omen is rocking a shadow-y teleport, but image if his zoning options come from directional fireballs? Throw in air dashing and Omen could be a powerful Oni-like presence amongst the Killer Instinct cast. It seems safe to assume that Omen will be at least partially based on Jago’s moveset, after-all.

How do you get Omen? Simply ‘own’ Season 2. Omen is the bonus character of the season and won’t be sold separately – his inclusion is the sweetener to encourage people to purchase the full game. Given the good job Iron Galaxy have done with Kan-Ra, Riptor and Maya to date, Killer Instinct does seem in safe hands so if you were holding out, now might be a good time to return.

But what of Shadow Jago? Unfortunately the skull-wearing, blue fetish version of Jago will remain, for the time being, unchanged, with many of his proposed tweaks being implemented into Omen instead. The reason given on the forum makes sense, ‘we wanted to add a character that was tournament viable, and that means they have to be available to everyone, not just a smaller subset of the playerbase.’ Shadow Jago is still only available via limited means.

Omen will be shown next week, followed by a trailer the week after, and then he’ll be in the game within the month. Exciting!

If writing ability was a flavour, I would be the warming embrace of apple and cinnamon - wonderfully familiar and pleasantly spiced. Ever the optimist, I spend most of my game time diligently failing at fighting games (BlazBlue and Persona 4 Arena being the preferred titles), Monster Hunter and Dark Souls. As you can surely ascertain from such preferences I'm a gamer at my most content when a title is punishing me, abusing my feeble abilities and forcing me to improve myself in order to overcome life affirming challenges. Feel free to question my opinions and such on Twitter, @Dalagonash, or find me on every gaming network available as Dalagonash.
MORE LIKE THIS
Iron GalaxyKiller Instinctmicrosoft game studios

Rumbleverse gets a release date