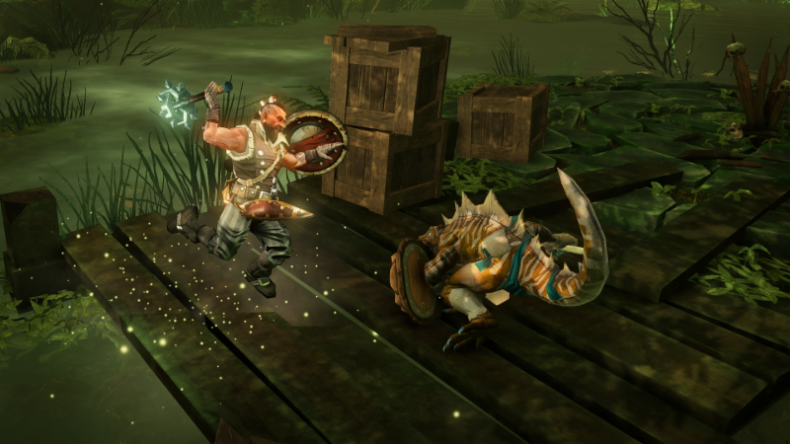 Defiant Entertainment’s crowd funded title, Hand of Fate, launches on the PS4 and the Xbox One, as a downloadable game, on Wednesday 18th February 2015.

The game, which is Defiant’s fifth title and reached 108% of its original funding goal, is part card game part 3rd person adventure. Set in a remote cabin at the edge of the world, you’re forced to play the dealer for your very survival.

Once you’ve built up your deck, you’ll play the game with cards either presenting you with game changing choices or with other cards require you to fight mythical creatures in a third person view and an action-adventure combat system.

We here at God is a Geek found Hand of Fate quite interesting, and you can watch Adam and Mike play it below:

The launch trailer for the game can also be seen here: