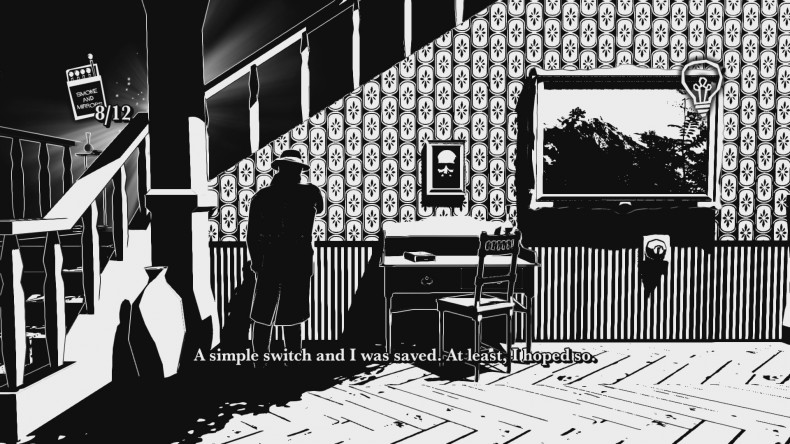 OSome Studios founder and creative type Ronan Coiffec has let loose a barrage on information on his fledgling studio’s first release, White Night, a survival horror title with an interesting, cel-shaded, monochrome aesthetic. Coiffec, once of Eden Games, knows all about survival horror titles, knows how to walk the survival horror walk, having worked previously at Eden Games on numerous Alone in the Dark titles.

Ronan and fellow ex Eden Games employees Domenico Albani and Mathieu Fremont set up OSome games, and their first game is to be White Night, due March 3rd on PlayStation 4. Ronan says of his vision for the game:

White Night is the product our dream. Set in Boston in the 1930s, White Night is an old-school survival horror adventure with a distinct black-and-white film noir look that grabs you immediately. We wanted to create something that people would enjoy, but also something that would stand out as unusual and refreshing in today’s survival horror landscape. That meant revisiting the themes that made classic horror games like the original Alone in the Dark so gripping: mature storytelling, strong characters, compelling environments, and equal respect for tension and terror. White Night is a good old ghost story full of mystery, poetry, alchemy, and suspense.

And true to classic survival horror fashion, it’s set in a deserted mansion.

Interested? Check out the newly released screenshots below, and be sure to tell us what you think in the comments section.

Hello! I'm Jonny, gamer since 94' thanks to my trusty Super Nintendo, hooked ever since. Consider myself to be a casual gamer, but to be honest I'm just kidding myself. Nintendo fan boy, Formula 1 and Saints FC fan.
MORE LIKE THIS
PS4survival horrorWhite night