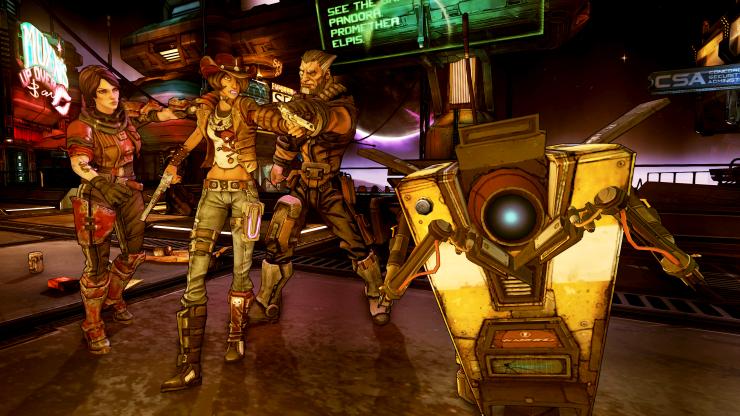 2K are partnering with GAME for a Borderlands: The Handsome Collection giveaway. Four GAME stores will be taking delivery of a loot chest containing the now sold-out Claptrap robot, custom made Borderlands loot locker, Turtle Beach gaming headset (Xbox ONE or PS4), Borderlands Funko Dolls, Jakobs leather messenger bag, 12 exclusive lithographs and more. The first 20 customers to visit one of the four GAME stores on March 27 with proof of their Borderlands: The Handsome Collection pre-order will be given the chance to pick one of 20 golden keys, one of which opens that store’s chest. Take a look at it below. The four stores are:

Borderlands: The Handsome Collection is a remastering of Borderlands 2 and The Pre-Sequel, including all of their DLC packs, and it launches this Friday, March 27, on PS4 and Xbox One.

You can find me on Twitter and PSN as MacShanks, and feel free to hit me up if you have any questions, queries or feedback!
MORE LIKE THIS
2kBorderlands: The Handsome CollectionGAMEGearbox