Mighty No. 9 To Get Retail and Digital Release By Deep Silver 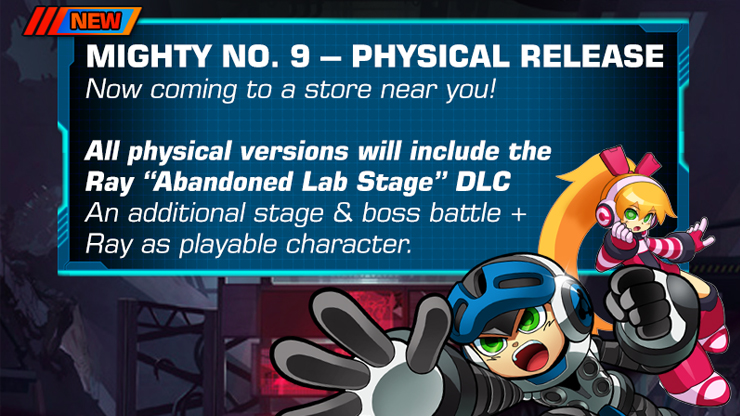 Comcept has partnered with Deep Silver to publish Mighty No. 9.

It will be available on 15 September in North America and 18 September worldwide in both digital and retail formats.

The retail release is set to include a few extra goodies including an all new stage with Beck’s rival Ray that will unlock Ray as a playable character. This will be DLC for the digital release.

The partnership has also enabled localizations for subtitles in various languages and voice overs in Japanese and French.

Mighty No. 9 is set to release on PS4, Xbox One, Wii U, PC, Linux, and Mac in both formats and digital only on Xbox 360 and PS3. There will be 3DS and PS Vita versions coming later.