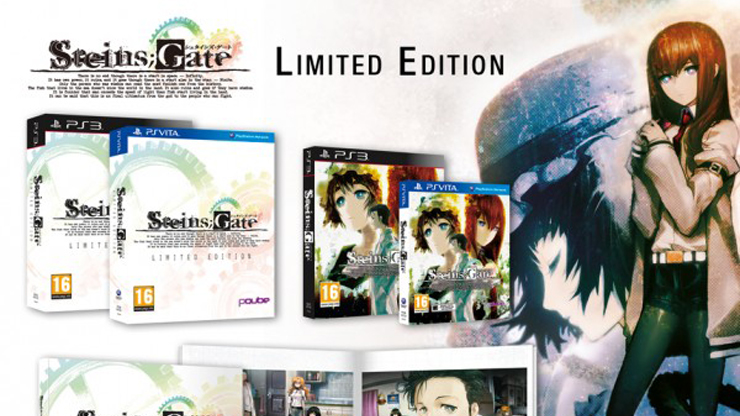 The critically acclaimed visual novel, Steins;Gate finally has a locked in release date for European regions on console.

The limited El Psy Kongroo Edition has been up for preorder for a while and the game was set to release this month.

PQube confirmed to Rice Digital that Steins;Gate will be available on 5 June physically and digitally on PS3 and PS Vita.

The US release date has not been confirmed yet.

The game will be available in a limited edition box with the same artbook as the Rice Digital exclusive edition at GAME stores as well.

Steins;Gate has been available on PC in localized form for a while but this will be the western console debut for the game.

Release date announced for Aokana – Four Rhythmns Across the Blue.
Support us on Patreon for exclusive content