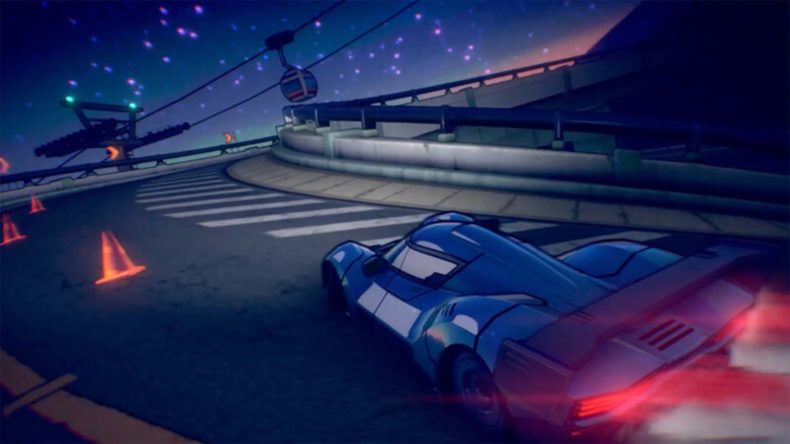 With its super cool anime stylings and reverent nods to the beloved Initial D universe, not to mention its unique control scheme, Inertial Drift is already well established as a damn great time on four wheels. Now, a few years on from its release, Level 91 have blessed us with a fantastic PS5 enhanced port, and some spanking new DLC, in the form of Inertial Drift: Twilight Rivals Edition.

If you are new to this one, then the left-field controls will need some explaining. Take everything you know about every other driving game you have played, and forget it. Eschewing conventional methods – you cannot even use a steering wheel for it – everything is done using the analogue sticks. The left stick handles the steering, but the right is the “Drift Stick” and you employ that bad boy to initiate power slides. Careering around the tracks effectively is only achieved by mastering the drift. It doesn’t come easy, but when it all slots into place and buries itself into your muscle memory it becomes second nature. 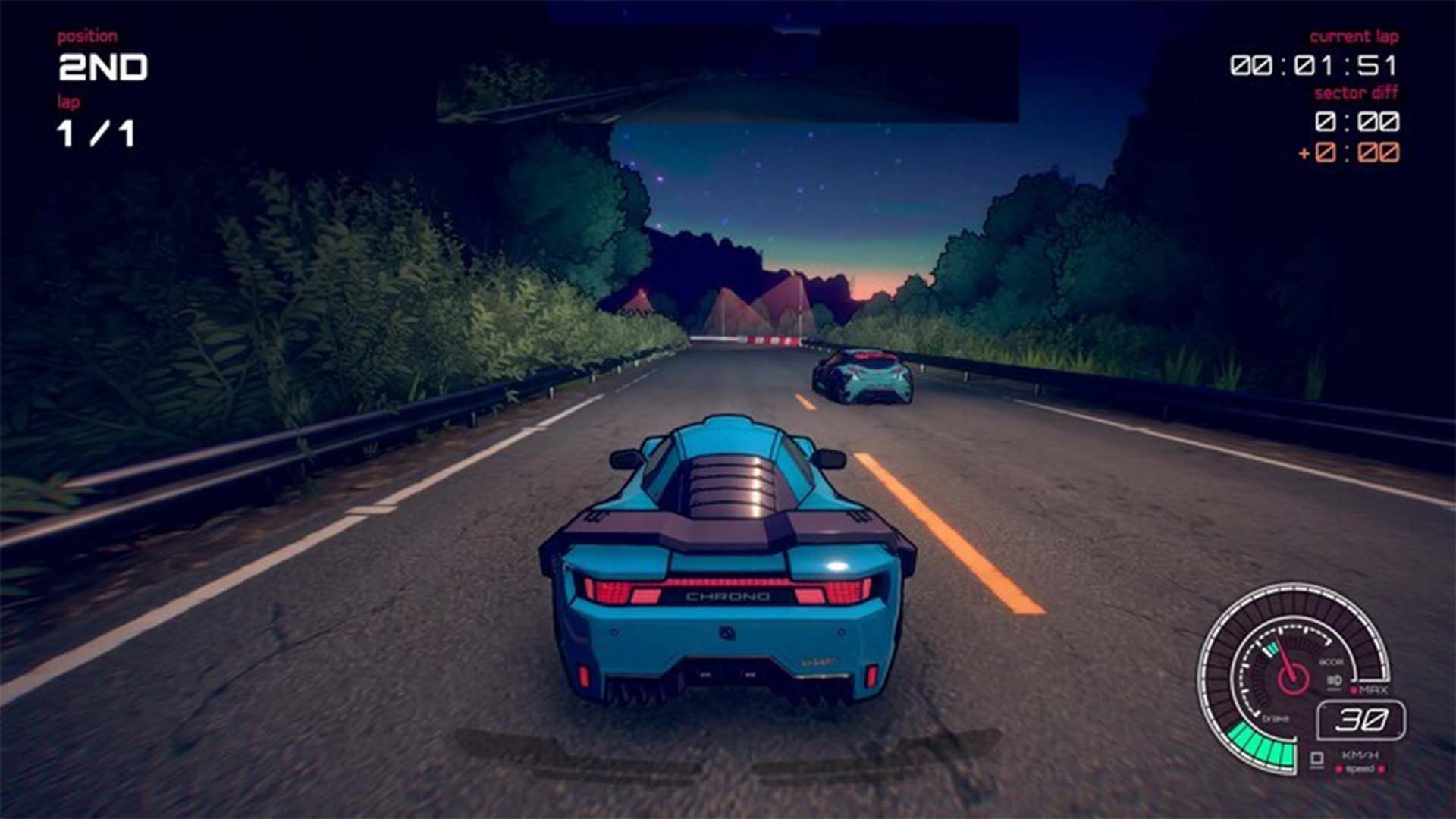 The baseline game on its own is immensely playable, with three different cars each with their own unique feel and abilities and corresponding driver. And this is particularly notable in this upgraded version which has new tweaked variants on the Gecko, Dragon and Dart motors. Every vehicle feels completely different and requires a different tactical approach. Ada and the Gecko are still the best-balanced all-round choice for noobs, but there are rich rewards for getting to know the other more complex choices. You see, some cars are easier to drift with than others; and depending on your choice you may need to employ tactical use of the brake pedal or throttle to hit the sweet spot.

The Twilight Rivals DLC adds a huge amount of new content – including four new tracks that are also presented in mirrored form, and a whole bunch of new drivers and cars to play with. And unlike the base game, the way things pan out here you have to use multiple different cars one after the other, each with unique handling. It forces you to learn and master each of them, taking you outside of your comfort zone. You take on the might of Team Equinox over a shed-load of new events, gaining use of their cars in the rest of Inertial Drift once you best them in vehicular combat. 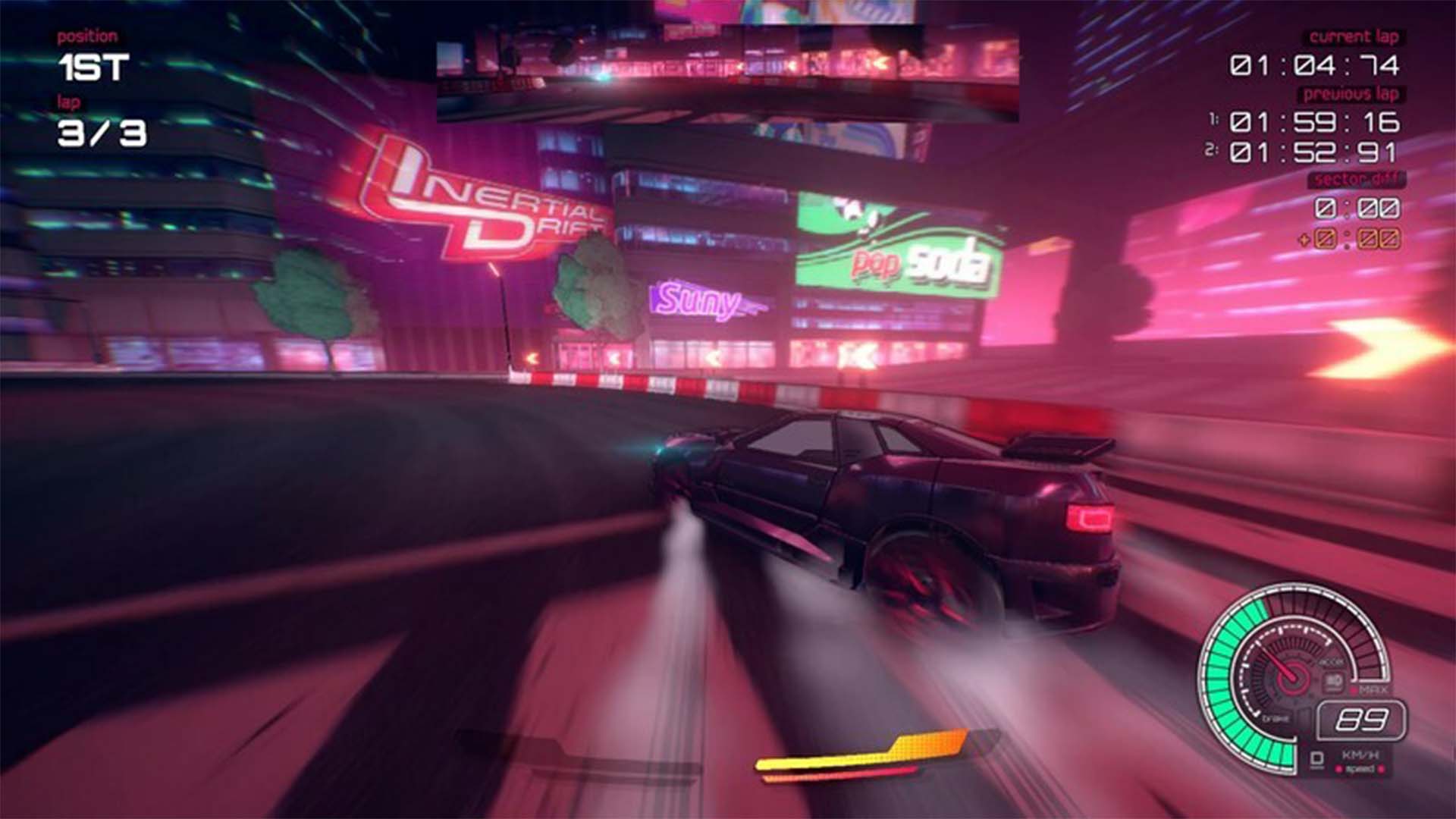 And what new cars! There is some real imagination at play. This stretches to the superb manga style of the characters and engaging story. There has only really been one proper Initial D game released for home consoles, so this serves as a brilliant alternative to fans of the drift genre, but also of that visual novel aesthetic. It is also worth mentioning the tremendous soundtrack. The O.G release had a banging selection of sped up breakbeat-cum-Japanese jazz-style tunes of the sort my YouTube algorithm will often throw at me, and that elder statesmen like me will have heard in racers of times past. Twilight Rivals mixes things up by offering the driving Eurobeat stylings of Turbo, giving the four new environments a distinct freshness.

And by God, the new tracks are stunning. Discovering new scenery is thrilling – just like how the branching paths of OutRun thrilled back in the day, it is lovely drifting around these atmospheric environs. Playing on PS5 the game looks better than ever – sharp as a pin and with a framerate as fast as you can handle. Own a 4K telly? Expect to gawp. 120 FPS? Woof.

This package is undoubtedly the best way to experience Inertial Drift. This is a game that is relatively easy to pick up, very difficult to master, but remains utterly compulsive. Existing owners should absolutely lap up the DLC – it effectively doubles the lifespan of an already ace title.

Inertial Drift: Twilight Rivals is undoubtedly the best way to experience Inertial Drift. This is a game that is relatively easy to pick up, very difficult to master, but remains utterly compulsive.