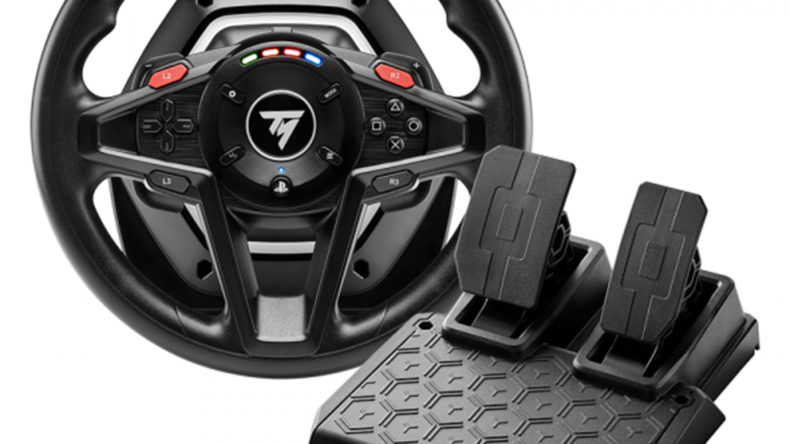 I was taken aback somewhat when I heard the Thrustmaster T128 Racing Wheel I have been playtesting is considered an “entry level” piece of hardware. Because the T128 is a seriously impressive piece of kit, certainly to a more casual driving fan like me.

Out of the box, it is simple to assemble everything and get racing. Connecting to your Xbox is as simple as plugging in a USB-C cable, at which point the wheel will automatically calibrate itself. It is the true definition of plug and play. PC users can tweak their setup using the official app, where you can also play around with the feedback settings.

The wheel itself is constructed from plastic but still retains a sturdy, premium feel. It looks lovely. The pedals are plastic too and do feel like the one area where Thrustmaster have slightly cut build quality presumably to keep the cost of the unit down – particularly when you consider that they sell a standalone set of pedals that cost more than the entire Thrustmaster T128 itself. 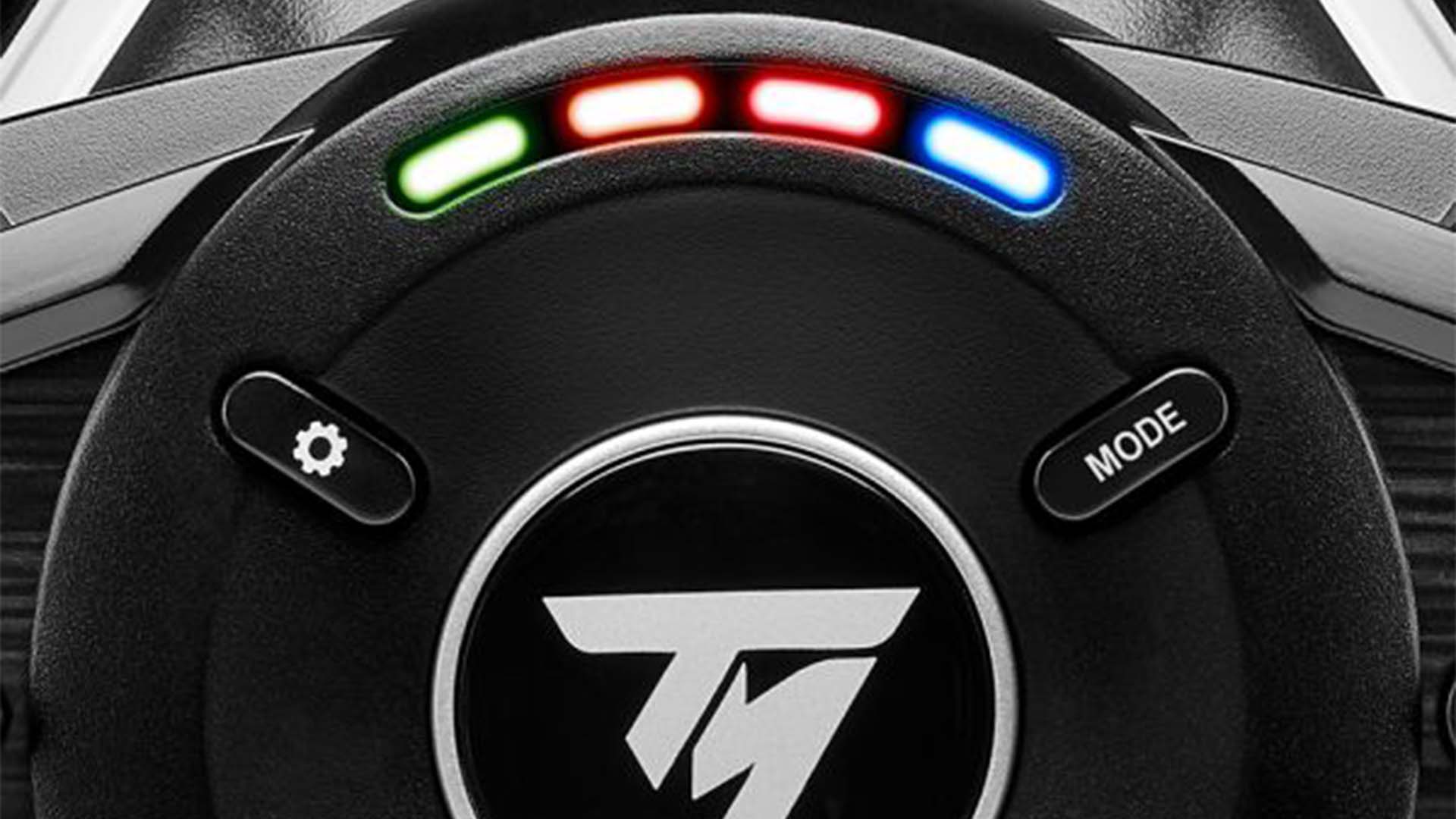 Unless you are playing competitively or are into serious simulation type games, this will likely not affect the performance or feel underfoot. I have wide size 13 feet and there was no issue around the pedal placement – however I did notice that there was no rubber grip on the underside of the pedal unit. This didn’t affect me as the pedals were conveniently pushed against the desk I was using, but there is potential for slippage.

This is one of two small criticisms I have with the entire setup – the other is that the lead connecting the pedals to the base unit could do with a bit more length. Also included is a clamp to fix the wheel to your surface of choice. I was playing predominantly at my son’s gaming desk and found that it worked a treat.

The Thrustmaster T128 doesn’t have a physical gearstick, but instead has paddles to change gear. There are plenty of easily accessible buttons including the Xbox Nexus (home button) in the centre and a D-Pad to cater to your menu navigation. The Hybrid Drive force feedback is fantastic and really gives a superb level of immersion, responding to all of the nuances of your racing experience. The wheel itself also has 900 degrees of rotation which is ideal for pulling off crazy power slides. 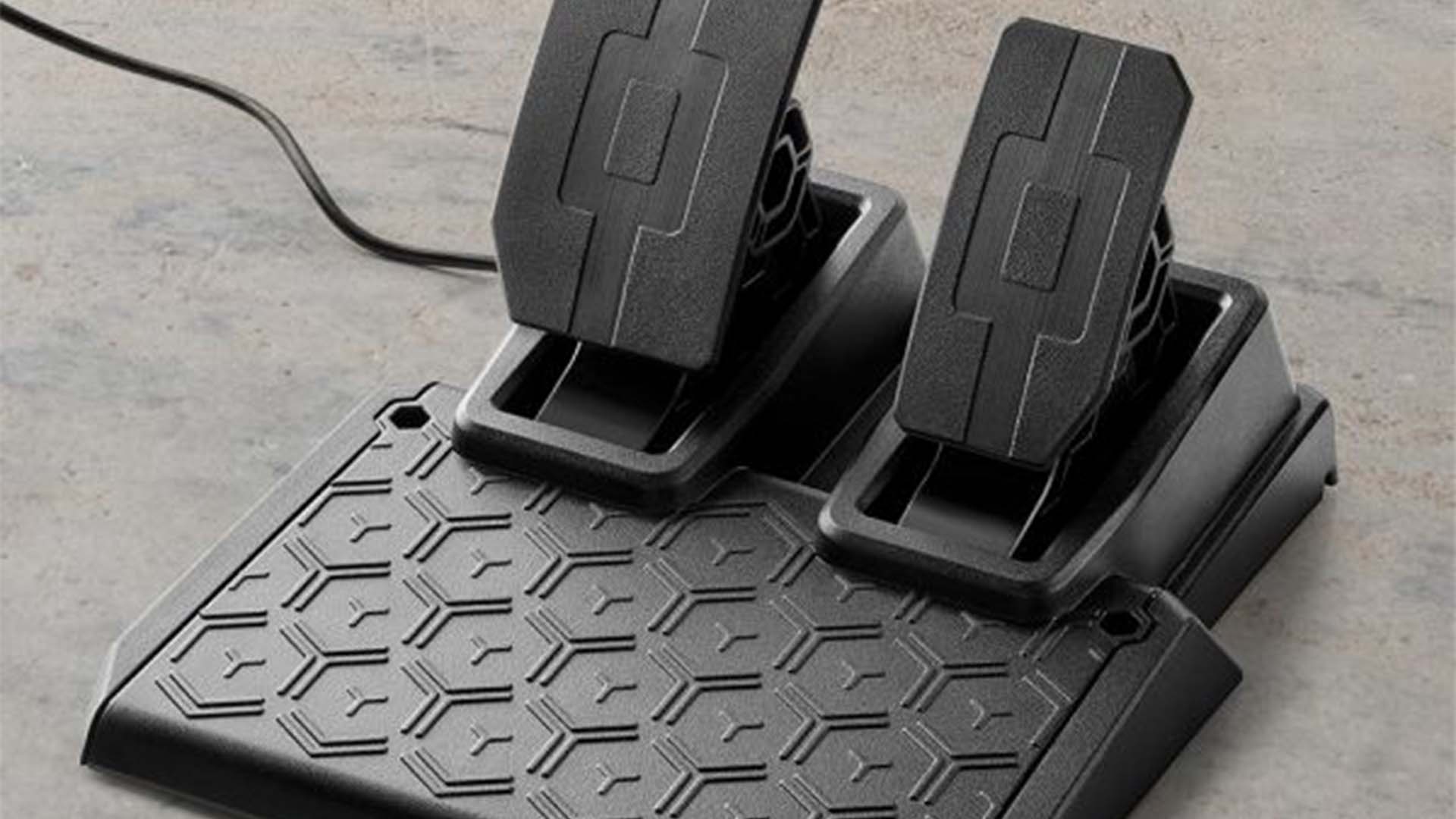 I tested the wheel with Forza Horizon 5, Burnout Revenge, and The Crew 2, and found that after a bit of getting used to the sensation of using an actual wheel as opposed to a standard controller, my own performance noticeably improved as the intuitive layout, feedback, and subtlety of controls became second nature. There is also a multi-coloured LED display that monitors engine speed and gives an indicator of the optimum time to shift gears with the magnetic paddles when you are playing anything with manual transmission.

Retailing for £169.99 on their official website, the T128 clocks in at a considerably cheaper price point than some of the more professional, hardcore racing setups offered by Thrustmaster. You could ostensibly spend thousands on a super-realistic home racing station should you wish, and indeed you can buy add-ons that are compatible with this bad boy.

But in all honesty the T128 should be more than enough wheel for most games fans, and certainly exceeded my expectations. This would be an absolutely sensational Christmas present for someone that enjoys playing racers, and represents true value for money when compared to nearly anything else on the market.

The Thrustmaster T128 should be more than enough wheel for most games fans, and certainly exceeded my expectations, even in terms of price.