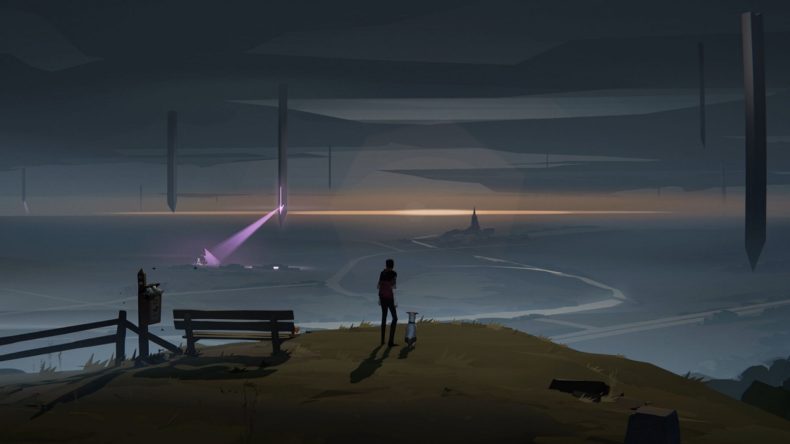 After finishing Somerville, I was left with far more questions than answers. It certainly has an ending open for interpretation, but I’m still left pondering just what happened. It’s a fascinating finale, but the journey leading up to it was equally stunning, with some excellent environmental puzzles made famous by one half of Jumpship. While there’re ideas that reminded me of Limbo and Inside, this does it on a far more interesting level. It’s a relatively short game, but I still had a blast trying to survive in a world ruined by an alien invasion.

You play as a father who becomes separated from his wife and child, making your way through various locations, trying to avoid this unknown xenomorphic threat. After your house gets destroyed by a fallen spaceship, you get the power to harness light to remove a strange solid and metallic substance left in the wake of the alien attack. Light becomes a conduit for your power, and by pressing the left trigger, you’ll blast through it and turn it into liquid, allowing you to solve various puzzles to get closer to your family. 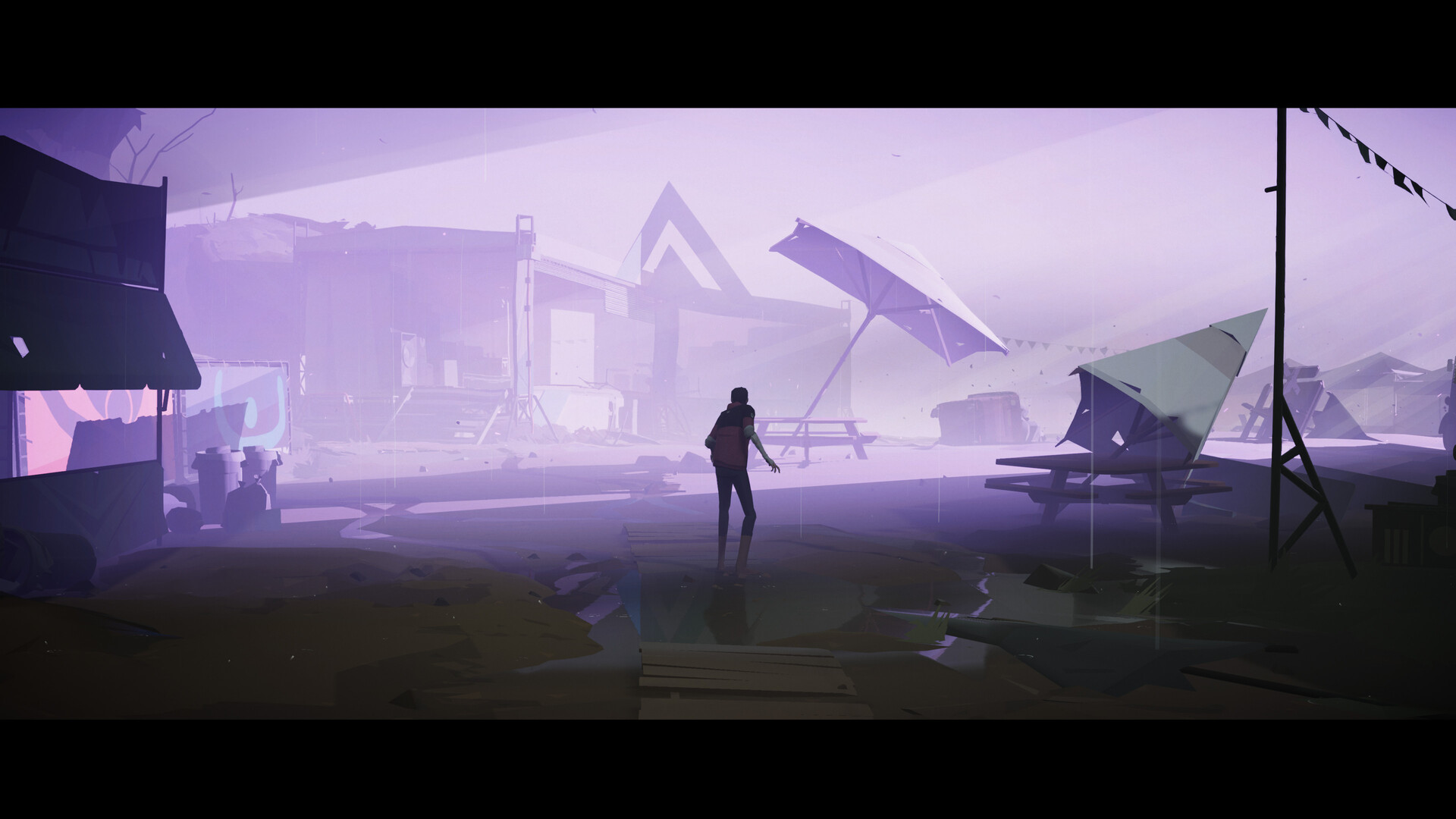 It’s a smart idea that evolves over the game. After spending time trying to break it down into a liquified form, you’ll be given the power to harden it depending on the puzzle. It might be necessary to solidify the substance to climb up a sloped incline or walk across it as it settles on water. There’re some really smart puzzles throughout Somerville, and making use of this simple mechanic provides some great blocks to your progress. One of my favourites revolved around a festival stage at a Glastonbury-type event, where I needed to use a spaceship prop to break down this substance that covered my path. You’ll use these powers to stop speeding cars in their tracks, open large doors deep underground, and break through this alien resource consistently throughout, and they’re always satisfying to solve.

On top of these environmental conundrums, you’ll occasionally have to evade the aliens as their light blares down at you from above. You can use shadows to escape them, hiding behind rocks, inside tents, and knee-deep in water by the side of a boat. There’re creatures later on that resemble Burrowers from the Horizon series. One section of Somerville was incredibly well framed, with the cinematography of the entire scene my highlight of the game. I was running away from a group of these creatures through an abandoned city, and as I ran up a swirling staircase in a church, I was in awe of just how good it looked as much as trying not to get caught. 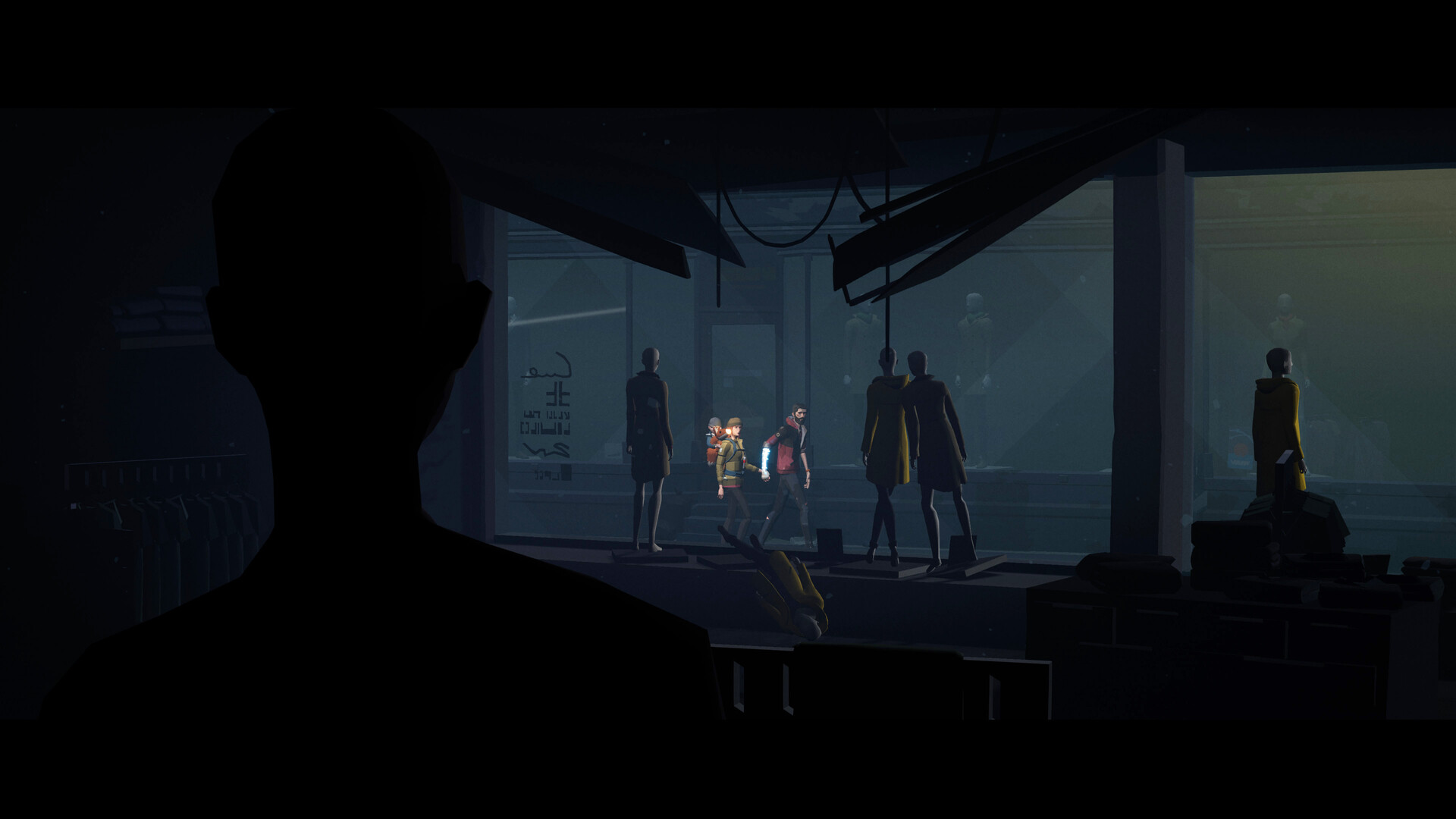 Somerville looks incredible. The simplistic art style matched with the lighting provides plenty of gorgeous locations and scenery. From the countryside and campsites to underground caverns and the alien spacecrafts, there wasn’t a moment I wasn’t in love with the aesthetic. Jumpship has harnessed lighting to not just be a part of the mechanics, but to provide some breath-taking moments where you can’t help but admire the environment. Every reveal, be it a new area or a story beat, is told through its visuals, and there wasn’t a single moment I wasn’t in awe of.

I finished Somerville in four hours, but in that time I solved some smart puzzles and witnessed some stunning looking scenes. My only gripe is the ending, but without giving anything away, it’s hard to say why. I was left confused and unfulfilled with just how it wrapped things up, and I’m not sure, even now, just what happened as the credits rolled. Maybe it’s just me, and when it releases, others will find more clarity in the final moments. I just wasn’t sure where things were left and what my outcome meant.

Somerville is a great puzzler with some fantastic ideas laced in every moment. It looks gorgeous, and has a stunning soundtrack that helped to revel in the poignancy of one man’s journey to reunite with his family. The mysterious nature of the aliens and what they’re capable of leaves you feeling anxious throughout, and the consistent fear of what you might encounter next helped to carry me through until the end. Although I couldn’t make sense of its conclusion, I would still play it again, and I’m sure we’ll be talking more about this game as the year comes to an end.

Somerville is a beautiful and smart environmental puzzler filled with great ideas and a story that grips you from start to finish.