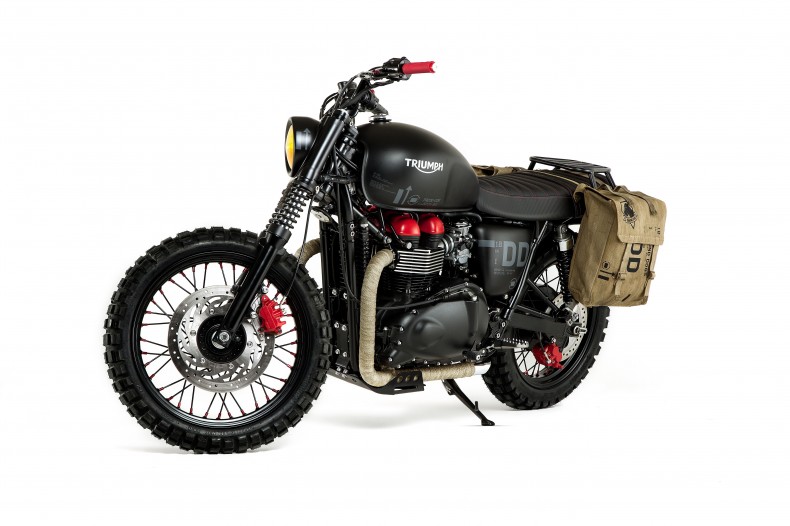 Triumph, in partnership with Konami, has unveiled a bespoke Venom custom bike to celebrate the upcoming launch of Metal Gear Solid V: The Phantom Pain.

Triumph bikes have featured in MGS 3, MGS 4 and Peace Walker, and their new VTB:1/Venom “reflects the hard-edged and stripped-back edge of the broken but unbowed hero that returns for the new game.” It’s based on the Triumph Bonneville T100 Snake rides in the game.

The Venom has custom rims with dirt-focused Continental TKC80 tyres, a cut down saddle and is finished in Sneaking Suit neoprene and carbon Kevlar leather inspired by Snake’s iconic combat wear. There’s also a yellowed-out JVB Rumbler headlight and external heavy-duty fork springs, giving an aggressive dimension to the front end, while the profile is exaggerated by the lack of front mudguard.

You can find me on Twitter and PSN as MacShanks, and feel free to hit me up if you have any questions, queries or feedback!
MORE LIKE THIS
KonamiMetal Gear Solid V: The Phantom Paintriumph