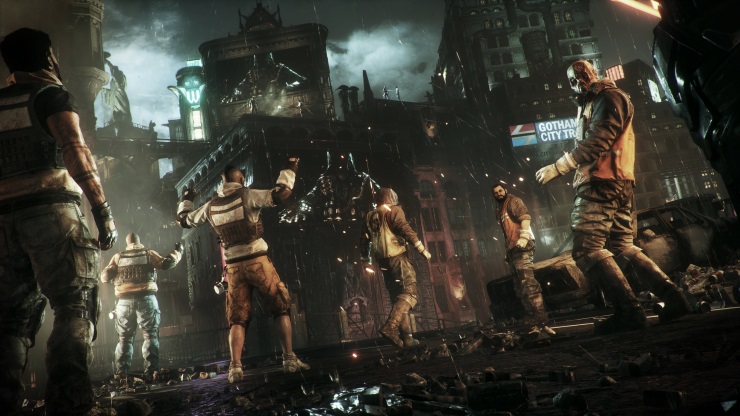 The final chapter in Rocksteady’s Arkham trilogy is out now, with Batman: Arkham Knight finally on store shelves. If you haven’t already, you should definitely check out Adam’s glowing review.

“The Batman: Arkham series is one of Warner Bros.’ most popular and critically acclaimed video game franchises, and with Batman: Arkham Knight, we are giving players the game they have always asked for,” said David Haddad, Executive Vice President and General Manager, Warner Bros. Interactive Entertainment.   “Batman: Arkham Knight is the culmination of Rocksteady Studios’ dedication to deliver both an amazing narrative tale and thrilling gameplay experience from beginning to end”

Rocksteady has been truly honoured to bring to life the rich universe envisioned by DC Comics in the Batman: Arkham trilogy of games,” said Sefton Hill, Game Director at Rocksteady Studios.  “With Batman: Arkham Knight being the conclusion to the series, we wanted to give players a story filled with unforgettable moments, ambitious new features such as the Batmobile and an epic open-world Gotham City that allow them to live the complete Batman experience.

You can find me on Twitter and PSN as MacShanks, and feel free to hit me up if you have any questions, queries or feedback!
MORE LIKE THIS
Batman: Arkham KnightRocksteadywarner bros