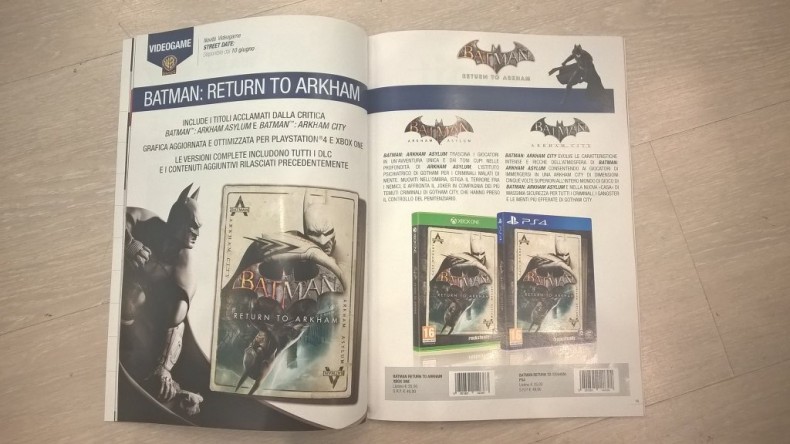 Despite being oft-rumoured, this is the closest to official confirmation for the current-gen remasters of the first two Batman games from Rocksteady and Warner Bros that we’ve had yet.

User Blackfire561 on Reddit has posted an image taken of an Italian magazine which appears to confirm that, indeed, the first two games are coming to PS4 and Xbox One and will contain all the DLC (tutti DLC, which sounds far better than “all DLC” and like a delicious ice cream, or something).

More interestingly, the magazine also lists a street date of June 10, which is right before E3 – which seems strange. It also looks like it’ll be a lower priced released, listed at $40, when $60 is the norm. Finally, the non-Rocksteady developed Origins appears to be omitted from the collection.

Maybe we’ll get some concrete, officially confirmed info soon, then.