Disney Infinity 3.0 Will Have Characters From Star Wars Rebels 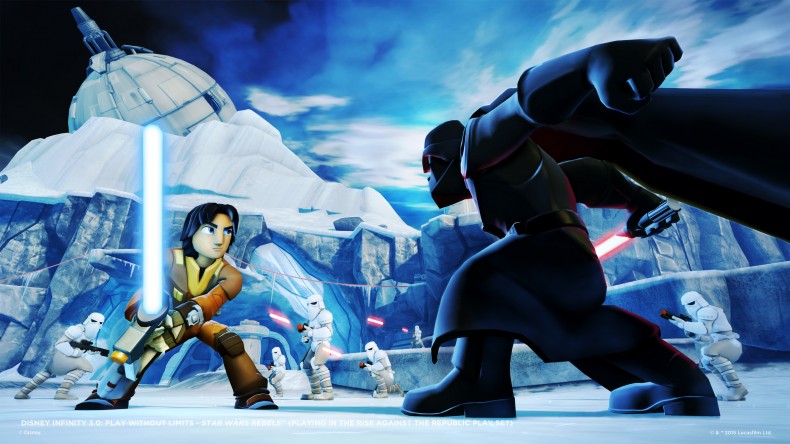 Currently winning over a legion of fans, Star Wars Rebels is turning into one of those Kids TV shows you make sure watch for the mixture of new characters in a familiar world.

So it will come as a pleasant surprise to many that the next Version of Disney Infinity 3.0 will have four characters from the series. Kanan Jarrus, Ezra Bridger, Sabine Wren, and Zeb Orrelios are all set to make an appearance.

With rumours of other characters appearing, Disney Infinity is certainly getting this fan boy a bit excited.

The Force is strong with this one.