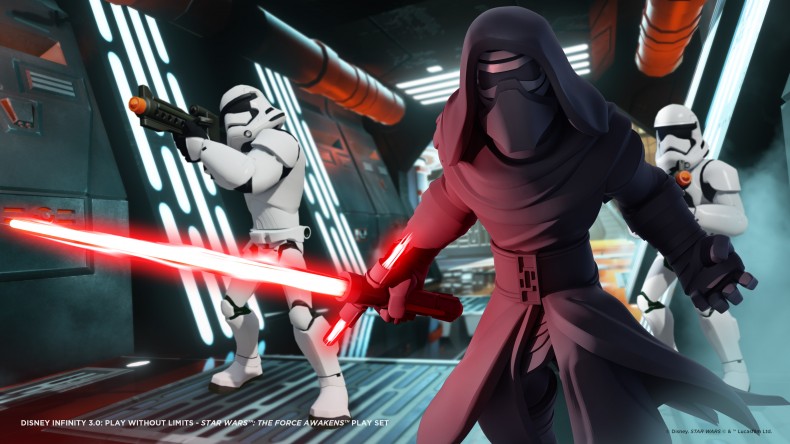 The third and final Star Wars: The Force Awakens Play Set for Disney Infinity 3.0 will be released in the UK today, giving players the option to play as either Kylo Ren, Finn, Rey or Poe Dameron.

Also available from today will be a Star Wars-themed power disc pack.  In addition to the characters native to Star Wars: The Force Awakens Play Set, players will be able to unlock and play with all Star Wars characters from Star Wars Twilight of the Republic and Star Wars Rise Against The Empire, as well as the Star Wars Rebels characters.

Currently an English, Journalism and Creative Writing student at the University of Strathclyde. Based in Glasgow, I spend most of my free time playing video games ranging from Japanese visual novels to horror games. You can contact me at greg@godsiageek.com!
MORE LIKE THIS
Disney Infinity 3.0Star WarsThe Force Awakens