previous
The Simpsons and Midway Arcade coming to LEGO Dimensions
random
next
Kojima vs. Konami: Reasons to be Cheerful
0 comments 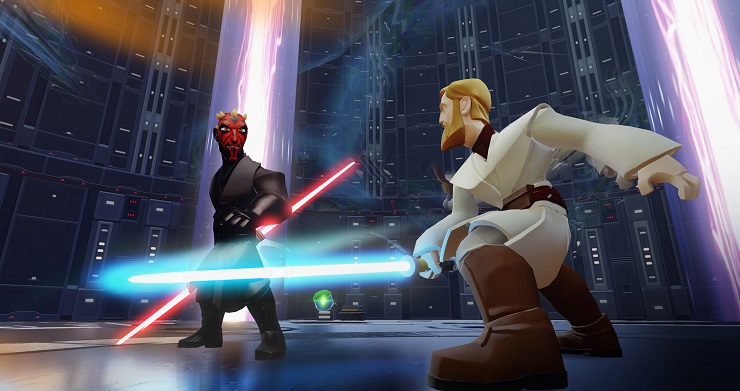 Head to the shops in under 12 parsecs and pick up your copy of Disney Infinity 3.0: Play Without Limits! Today Disney Interactive has released the next installment in their highly successful ‘toys-to-life’ franchise, bringing the worlds of Star Wars, Disney, Disney Pixar and Marvel together for the first time.

The Disney Infinity 3.0 Starter Pack comes with the Disney Infinity 3.0 video game software, Star Wars Twilight of the Republic play set base, Ahsoka Tano and Anakin Skywalker character figures and a web code that unlocks exclusive content on your PC and mobile device. The possibilities are endless with the updated and improve Toy Box mode. Take the Guardians of the Galaxy to Tatooine or treat Elsa and Anna to a holiday on Corusant. You are completely free to tell the stories you want to tell as the only limit to the fun is your own imagination.

Not only is Disney Infinity 3.0 out today, but a wide selection of other Disney and Star Wars character figures, play sets and disk packs are available, making the world of Disney Infinity bigger than it has ever been before. These include:

Disney Infinity 3.0: Play Without Limits is available right now for PlayStation 4, PlayStation 3, Xbox One, Xbox 360 and Wii U. Want to know what we thought of it? Why not read our review right now!

Video games are cool. Don't let anybody tell you any different.
MORE LIKE THIS
Disney Infinity 3.0playstationStar WarsWii U