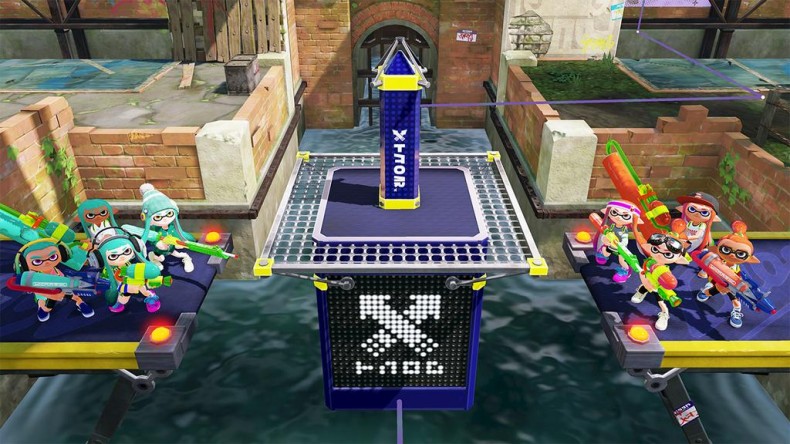 Thank heavens, Splatoon is getting a new mode in just a few short days, as Tower Control will be playable in ranked battle from the 2nd of July.

There’s something about the game, I dunno, I just can’t stop playing it. Nick reviewed it and gave it 7/10, which I agree with – but it’s the best 7/10 I think I’ve ever played, and boy does it need more content. So this is a win-win for people who enjoy the game, as it’s free!

But what is Tower Control? According to the Splatoon Wiki:

In Tower Control, two teams of four Inklings fight to control a central Tower. The Tower is a tall, blue structure with a grate platform for players to stand on. When a player reaches the top of the Tower and sprays it with ink, it will begin moving on a rail toward enemy territory. If the player standing on the Tower turns into a squid (thereby falling through the grate), falls off the platform, or gets killed, the Tower will begin moving rapidly back to the center. Because of this gameplay element, the player on the Tower is a constant target and must be guarded by teammates on the ground.

Given that it’s in ranked mode, you’ll need to get up to level ten. But surely you’ve done that already, right?