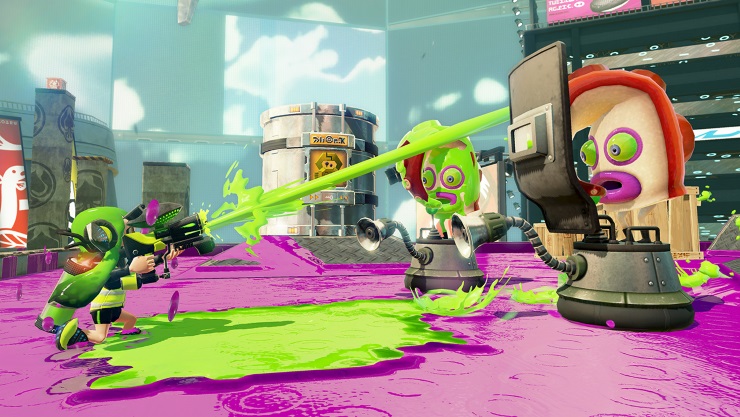 We’re all very familiar with Splatoon, I will suspect. The adorable multiplayer shooter which not only offers some fantastic inky action, but also ponders on life’s biggest questions: are you a kid now? Or are you a squid now?

Well, Nintendo’s newest IP has done fairly well for its self, as they announced that Splatoon has sold a million copies world wide.

The most have been sold in America, with 476,000 copies being bought by the public. Next is Nintendo’s native Japan, where 368,000 copies of the game were purchased. 230,000 copies were sold in Europe, and then bringing up the rear with 20,000 copies, is Australia.

Satoru Shibata, president of Nintendo of Europe, had this to say:

“Since Splatoon launched on 29th May, it has been great to see so many players competing in online matches.

We are pleased this new Wii U exclusive game is capturing the imagination of so many fans across Europe, and look forward to bringing more exclusive titles to both Wii U and Nintendo 3DS this year.”

We reviewed Splatoon, and whilst we thought the game play was fun, it was hard to look past the threadbare multiplayer. If you want a more in-depth read on our opinions, why not read our review by clicking here.