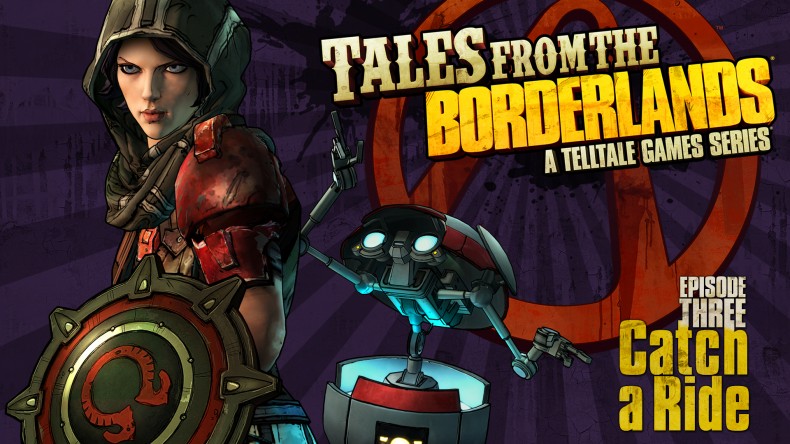 The third episode in Telltale’s episodic adventure Tales of The Borderlands, titled ‘Catch a Ride’, will be available from June 23.

No exact release dates have been confirmed by Telltale yet, with the episode usually releasing across three days PlayStation 4, Xbox One, PlayStation 3, Xbox 360, Android, and iOS devices. The brief episode description says:

“After a dizzying escape from a very-near-almost-certain-death scenario (involving statuesque buttocks), Rhys and Fiona find themselves looking for another piece of the puzzle that will lead them to the untold riches of Vault key ownership. Lost in the mysterious jungle of an Atlas terraforming facility, Fiona finds help from an unexpected mentor, Rhys continues to share brain-space with the disembodied mind of a dead dictator, and love is in the air. Pursued by the ruthless criminal ‘Queenpin’ Vallory, and with very little help from Vaughn’s accountancy skills (or stellar abs), getting anywhere near the Vault will be entirely up to you.”

To help soften the pain of waiting, take a look at some new screenshots of episode 3 below.

Currently an English, Journalism and Creative Writing student at the University of Strathclyde. Based in Glasgow, I spend most of my free time playing video games ranging from Japanese visual novels to horror games. You can contact me at greg@godsiageek.com!
MORE LIKE THIS
BorderlandsEpisode 3Gearboxrelease date