previous
The English cast of Soul Hackers 2 has been revealed.
random
next
Meet the Killers in Hooked on You: A Dead by Daylight Dating Sim
0 comments 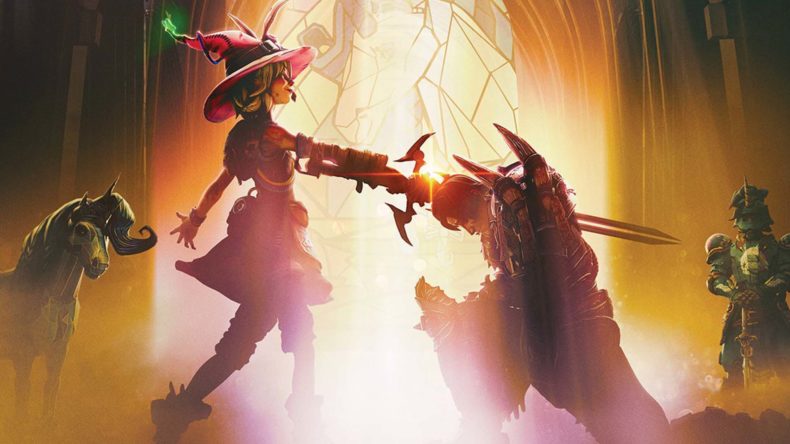 2K Games and Gearbox Software has announced that Tiny Tina’s Wonderlands is coming to Steam on June 23rd. Specifically at 10am PDT (which is 6pm UK time).

We’re two “DLC Packs” into the Tiny Tina’s Wonderlands‘ life cycle so far, with Coiled Captors hitting in April, and Glutton’s Gamble in May, so hopefully we’ll get a June announcement for new content as well, soon.

“Gearbox is all about one-of-a-kind entertainment experiences – with Wonderlands that meant creating a new take on a familiar genre,” said Randy Pitchford, founder of the Gearbox Entertainment Company. “Steam players are in for one heck of an adventure as they explore Tina’s off-the-walls imagination, and crossplay gives our fans even more ways to battle the Dragon Lord, no matter what platform they game on”.

Until July 7th, Steam players can pick up the game and get the Golden Hero Armour Pack, with the standard edition coming to $59.99, and the Chaotic Great Edition for $79.99. The more expensive of the two packs comes with the Dragon Lord bonus content and season pass.

Here, we loved it, with Mick scoring it a whopping 9/10, saying “Alone or in a group, Wonderlands is an irreverent slice of frantic fun. It’s wonderfully mayhemic, brimming with cathartic gameplay, fountains of loot and colourful things to smash, blast and explode. Does it do anything revolutionary? Well, that’s a matter of opinion. But it certainly brings enough changes to the established formula to make it an absolute must-have for fans of the franchise as a whole”.