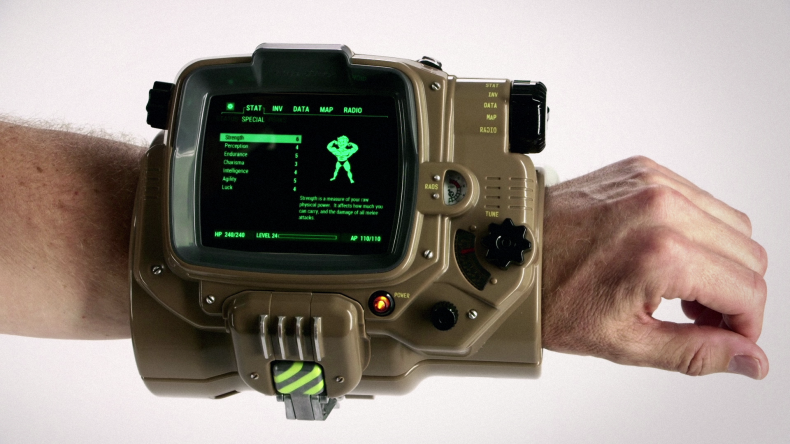 Bethesda have said that they are unable to produce any more of their ultra-popular Pip-Boy accessories as they are simply too busy manufacturing other stock.

The Pip-Boy accessory, which comes bundled with the Collector’s Edition of Fallout 4, sent the internet into a frenzy following it’s announcement at Bethesda’s E3 conference. The watch-like device allows owners to connect their smartphone and control it using a mobile app, meaning gamers will be able to look at their wrist for stat updates instead of looking at their TV display.

Bethesda’s Marketing VP Pete Hines told GameSpot: “We reached a point where we’d go back to the factories and they were like, ‘guys, this is it, sorry. This is as long as we can run the lines and as many of them as we can make.'”

He added “We’d go back to [the factories] and say, ‘Demand for this is insane, we’ve got to make more,'” Hines said. “And they’d move other projects off or shift stuff to other factories and it just came to [them telling Bethesda], ‘Final answer: sorry, this is as many as we can make.'”

Hines confirmed to GameSpot that every Pip-Boy in existence (that is, all that are currently manufactured or in the process of being manufactured) have been pre-ordered. The accessory was available for a reasonable £100, a figure that will surely inflate when it finds its way onto websites like eBay.

Currently an English, Journalism and Creative Writing student at the University of Strathclyde. Based in Glasgow, I spend most of my free time playing video games ranging from Japanese visual novels to horror games. You can contact me at greg@godsiageek.com!
MORE LIKE THIS
bethesdaFallout 4pip boy