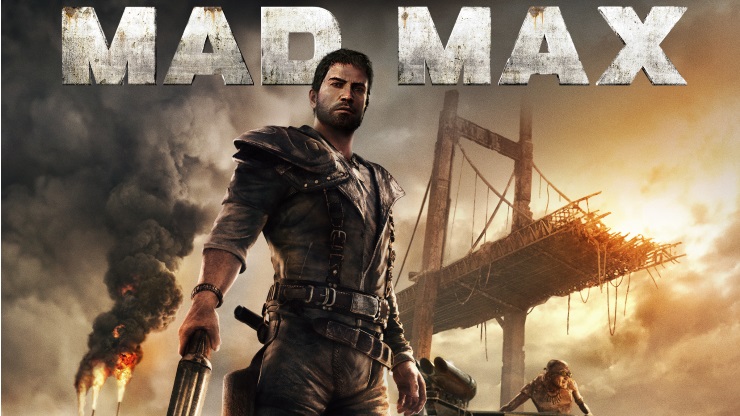 I’m going to be honest here, pre E3 I honestly thought Mad Max would be flat-out bad, like a 3 out of 10 when it launches bad, due to the fact that the movie was so good and that it would be tough to follow up with a game. Fortunately, my E3 hands-on demo has changed my mind. Sure it’s not perfect, but it’s a hell of a lot better than I was expecting.

I was given the choice of starting with one of two missions, one where I had to bring down a convoy in my Magnum Opus and one where I had to infiltrate and kill all the bad guys in a camp to burn some fuel tanks. I chose the latter and headed into the waste land. After driving to the camp I was bombarded with explosives, and quickly retreated. After looking a bit lost as to what to do the helpful assistant informed me that I could shoot a multitude of weapons, ranging from a harpoon to a simple shotgun, from my vehicle, which would allow me to dodge the explosives yet still take out my foes. With this information I quickly took down the enemies, racing around in the Magnum Opus and shooting the hell out of anything that moved. Switching to the harpoon allowed me to shoot it into a fence, then with the rope attached to my bumper I reversed as fast as possible to rip out the barricade, and headed on through. Here I was forced to ditch the car and proceed on foot, before being met by multiple enemies.

The on-foot combat is not too dissimilar to the recently released Batman: Arkham Knight system, although it doesn’t feel anywhere near as satisfying and is slightly slower paced; you’re also not going to see Max back-flipping over enemies any time soon. But it was still serviceable, and some of the killing blows, especially when I picked up a metal pole, were really entertaining and brutal. The combat wasn’t exactly difficult, but with the amount of enemies present (and their ability to survive tons of punches) it lasted quite a while. Exploring the camp a little wielded a lot of loot, ranging from extra fuel to scrap that can be used to upgrade the Magnum Opus. I did add a couple of small upgrades (due to only having a small amount of scrap) and they didn’t change the vehicle too much, but the customisation options suggest there will be a massive amount of possibilities to choose from in the final game.

After the enemies had been dispatched and the fuel tank blown up (it was a really nice looking explosion), I headed back to the Opus to try the other mission. A quick drive across the relatively barren desert and I find the convoy, who instantly start to beat the hell out of me, smashing into me, shooting me and keeping the big truck that I need to take down surrounded. Fortunately, the car combat was much more entertaining (and difficult) than the hand-to-hand offering. Ramming a car is perhaps the simplest way of taking down the smaller vehicles and, after weeding a few of them out using this method, I moved onto the armoured truck. The best way to defeat the larger, heavily-armoured vehicles is to latch onto the armour with the harpoon and pull it off. This leaves them exposed and more venerable to being rammed or attacked with another weapon such as the rocket launcher (which requires you to stop and get in the back) or the flame thrower that fires flames from both sides of your Opus, at the expense of fuel (something that can and will run out). Both of which are badass.

I wish I could tell you that I defeated the convoy but my demo crashed, and with only 5 minutes of the session left it would have been pointless to start up again so my time with Mad Max came to an abrupt end. However, it didn’t ruin my time as I have to say that I thoroughly enjoyed every aspect of it; sure, the hand to hand combat isn’t the best ever, the driving will never be as good as the likes of Forza and the world does feel a little empty, but that’s the idea. This experience is about being Max, a jack of all trades if you will, who is good at lots but not overly great at much. It might not launch to a stream of 10’s, but it sure as hell won’t be scoring 3’s either.

eSports! I joined God is a Geek all the way back in September 2013 and since then have spent most of my time on Dota 2, and occasionally posting the odd review, news article or totally wrong predictions for The International. When I am not playing Dota I can probably be seen watching some kind of strange eSport or begging for more Twitter followers (@MikeStubbsy if you are interested). Aside from GiaG I am a computing student, football coach and major Apple fanboy.
MORE LIKE THIS
Avalanche StudiosMad Maxwarner bros