Rocket League DLC has me More Excited than I Should be 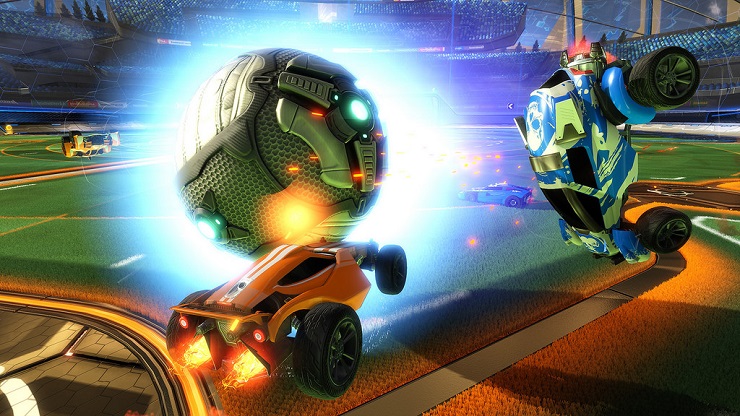 Rocket League is the best PS Plus surprise ever. It came out of nowhere and surprised everyone with just how good it was, and it was FREE on PS Plus.

Now, the first wave of DLC is due in August, and it has me silly excited. We get new cars, decals, rocket boosts, paint types and wheels, but also trophies and Steam achievements too.

Not only that, but there’ll be a new arena for us to play about in, and a Spectator mode. So now, you’ll be able to drop into a match currently in progress and watch people play. Might give you a few ideas on how to improve how you play?

There’s a trailer below. Get excite!

A lover, not a fighter and an all round good guy (he would say that, he wrote this after all), he's happy to be here as part of GIAG.
MORE LIKE THIS
PS4PsyonixRocket LeagueSteam